How an anthology on African-Jamaican culture was created 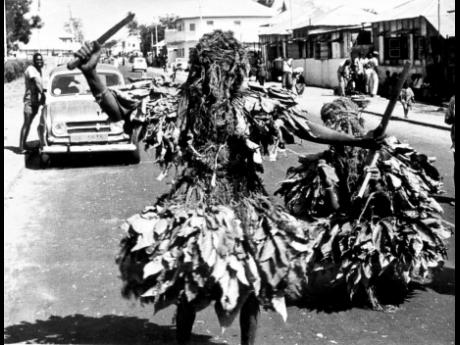 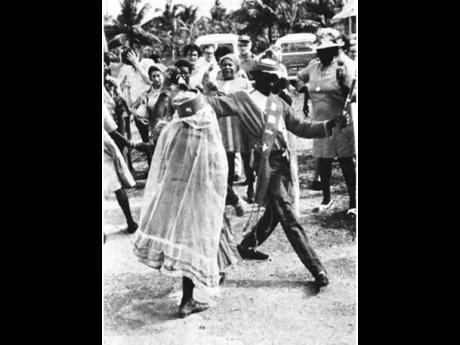 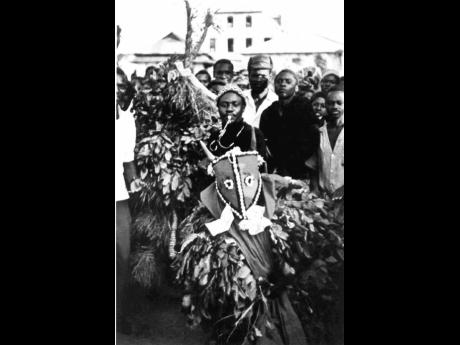 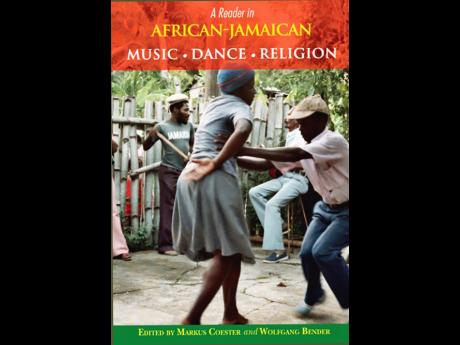 How an anthology on

I want to introduce you to a book which encompasses a century of scholarship on African-Jamaican culture. It took 10 years to compile and edit, some of which I helped with, and it represents the only central source for the topics it covers. Some articles are of general interest, some densely academic. From excerpts of Walter Jekyll's 1907 Jamaican Songs and Stories, or articles such as Martha Beckwith's 1923 "Some Religious Cults in Jamaica," to George E. Simpson's 1955 "Political Cultism in West Kingston, Jamaica," to Kenneth Bilby's 1999 "Gumbay, Myal, and the Great House: New Evidence on the Religious Background of Jonkonnu in Jamaica," the book covers a vast range of Jamaican practises, often little known or appreciated outside of specific communities within the island.

In their detailed and insightful introduction to A Reader in African-Jamaican Music Dance Religion, Editors Markus Coester and Wolfgang Bender note: "It was our intention to make valuable contributions to what we know about Jamaica's cultural past, like that by Martha Beckwith, available to the growing community of scholars working in African-Caribbean and Jamaican Studies, thus promoting and encouraging future research through easier access to these articles." But what they have also done is to give Jamaicans a unique tool to learn more deeply about Jamaica's heritage and the evolving understanding of it.

Some of the articles are incredible! Kenneth Bilby's collaboration with Congolese scholar Fu-Kiau kia Bunseki, "Kumina: A Kongo-Based Tradition in the New World," first published in Cahiers du CEDAF 8 in 1983 is superlative, while Monica Schuler's highlighting of the Congolese/Angolan connection to Jamaica altered many scholars' understanding of the African cultural contributions to the island. Maureen Warner-Lewis' extremely valuable work in 1977 on Kumina and Cheryl Ryman's investigations into the meaning of Jamaican dance are all featured, as is Edward Seaga's material on Revival, complete with illustrations by Osmond Watson. Olive Lewin's widely recognised work and that of Nigerian scholar Adiodun Adetugbo increase the reader's horizons along with numerous others, including Franklin Knight, Barry Chevannes, Verena Reckord, and on the list continues of authors whose contribution to understanding African-Jamaican heritage has forever altered the world's understanding of this nation.

The story of how the book came about is in itself fascinating. German scholar Markus Coester was in Jamaica digitalising the collection of African-Jamaican music at the Edna Manley School for the Visual and Performing Arts, preserving this material before the tape recordings disintegrated. Another German scholar, Wolfgang Bender, had already edited the book Rastafarian Art, which was published in English in 2005. They realised that in addition to the music, art, and religion which they were studying, there were numerous articles on other aspects of African-Jamaican music, dance, and religion, which had never been put into an anthology. Bender and Coester suggested some articles for a book, which they proposed to Ian Randle Publishers in Kingston and the idea was spawned. After they departed for Africa and Europe, they kept in touch while an in-house Ian Randle editor started contacting writers to obtain permission to include their articles. I was one of those writers.

We had a meeting with the executive director of the Institute of Jamaica, since many of the articles had first been published in Jamaica Journal, a brainchild of Edward Seaga's when he was Minister of Culture before ever becoming prime minister. It was agreed that individual authors would retain their copyright and donate the use of their material in the anthology as long as the book included a message about the importance of the Institute of Jamaica in the preservation of Jamaica's heritage. That's why I was asked to write the foreword in the book. When the original in-house editor left and another started works by more scholars were suggested for inclusion and, at times, I assisted the publishing company. The number of articles rose from the initial 25 to 42. Olive Senior was editor of Jamaica Journal when several of those articles were first published, while Beverly Hall-Alleyne, Bernard Jankee, and Hazel Ramsay-McLune of the African Caribbean Institute of Jamaica/Jamaica Memory Bank had substantial influence on the research and publications of the ACIJ/JMB.

Christine Randle took over running Ian Randle Publications and devoted a number of years to editing and finally getting the project completed. She deserves a great deal of respect and admiration for her perseverance. The book encompasses everything from musical scores for songs, photographs of dance, drumming, religious rites, evolving understanding of Jonkonnu, Myalism, Revival, Bruckins, Tambu, Kumina, Rastafarianism and more in a tome that reaches 735 pages! Coester and Bender's 31-page introduction is a valuable tool in gaining an overview of African-Jamaican culture and how knowledge of it has evolved over the 20th century.

As I note in the foreword: "It is no surprise that German scholars are responsible for working with a Jamaican publisher. The articles reprinted demonstrate that American, Bajan, British, Congolese, Ghanaian, Guyanese, Nigerian, and Trinidadian scholars have worked with Jamaicans over the decades endeavouring to understand, preserve, and disseminate knowledge of Jamaica's complex culture ... always with the intention of bringing greater respect and insight into Jamaica's African heritage." A Reader in African-Jamaican Music Dance Religion had just been published in paperback and is available on Amazon in the United States and from Ian Randle Publishers in Jamaica. It will undoubtedly become a classic in Caribbean Studies and belongs in every library in this country.