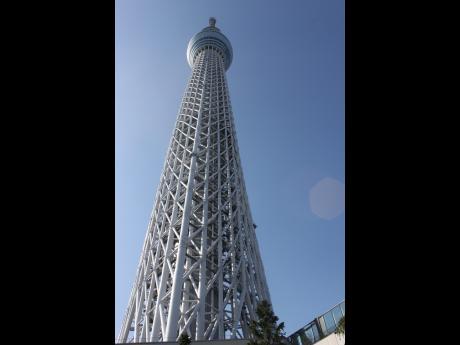 Amitabh Sharma
Towering glory: Tokyo Sky Tree rises above the city's skyline, at 634 meters, it is the tallest tower in the world. 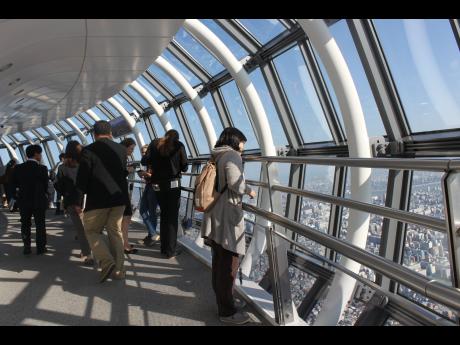 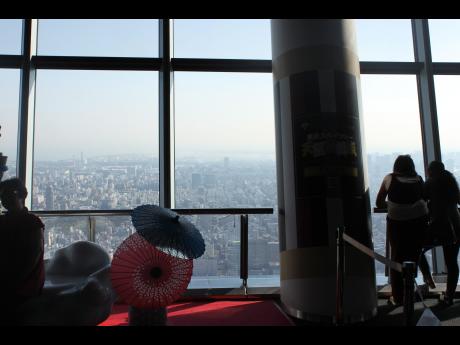 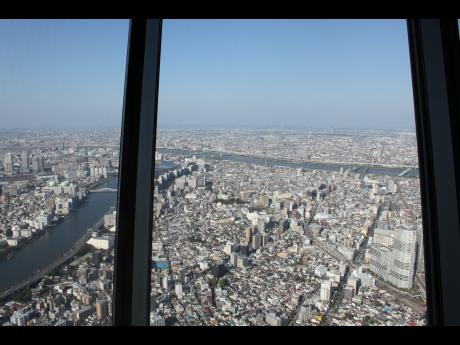 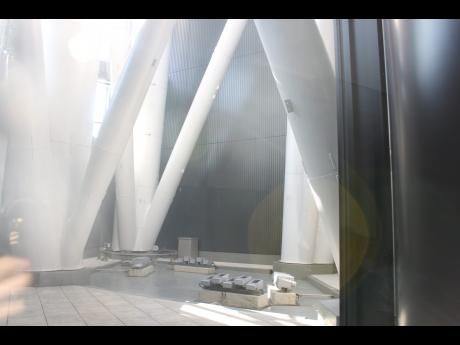 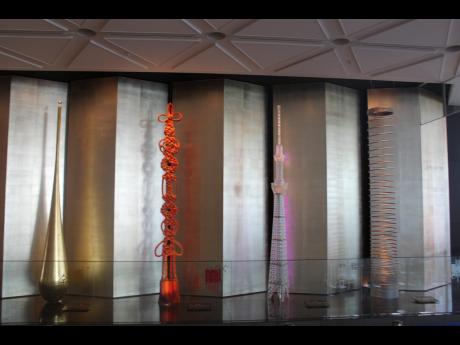 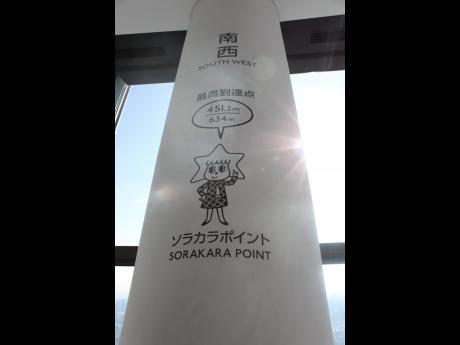 Tokyo Sky Tree literally kisses the stratosphere, rising 634 metres above the ground, and the view of the vast expanse of one of the world's most vibrant cities from Tembo Galleria, the observation deck that culminates at 451.2 metres, is awe-inspiring.

This towering marvel of engineering is the transmission hub for major television and radio channels in Tokyo, and, of course, a tourist hotspot.

"The need to construct this tower arose to facilitate smooth and uninterrupted radio transmission as a lot of buildings in Tokyo were 200 metres high," informed Hiroyuki Ami from Secretariat of Public Relations, Tobu Tower Skytree Co Ltd.

Sky Tree, rising above the expanse of a city inhabited by more than 13 million people, has been recognised by the Guinness World Records Company as the tallest tower in the world.

The pristine white steel structure incorporates elements of traditional Japanese minimalism in design. The decision to paint the tower in white is a confluence of harmony with its surroundings. "The creation of city scenery transcending time," said the official communique of Sky Tree. "A fusion of traditional Japanese beauty and neo-futuristic design."

The tower is 634m high, and there is a reason behind this height.

"The height was 610m in the original project," said Ami. "After research on high-rise buildings that are being built around the world, the height was finally decided on 634m.

The sound of the number '634' when read in old Japanese numbers is 'mu-sa-shi', which reminds Japanese people of Musashi Province that used to cover Tokyo, Saitama and part of Kanagawa Prefecture.

From the Observation Decks, the landscape of the old Musashi Province spreads out.

Tokyo Sky Tree, supported by myriad steel tubes in its core - an estimated 37,000 steel girders give it strength, a foundation of reinforced concrete embedded 35 to 50 metres into the ground and 96 vibration dampers to absorb the earthquake shocks and reduce the swaying.

Four elevators, zipping at the speed of 600 metres per minute, represent four seasons, transport visitors to the Tembo deck where they get a panoramic view of Tokyo city and its environs. On a clear day, one can see Mount Fuji.

On the 450th floor, on the Tembo Deck, Sorakara Point at 451.2 meres is the highest elevation of the observation deck. Visitors stand transfixed, awed and struck by the sheer magnitude of elevation, gazing, photographing, and panning the Lego-like city around them in the glitzy observation decks.

The smooth running of this gigantic structure is in the hands of Tomoyuki Hidaka and his team of 12.

"We work day and night to monitor the process of using geothermal energy to produce hot or cold water, which is stored in 7,000-ton capacity storage tanks," said Hidaka, manager of Energy Centre of Tobu Energy Management Co Ltd.

This technology, Hidaka explained, is helping to reduce carbon dioxide emissions as the main source of powering the air-conditioning systems is water, which he said, is also used to water the plants in the mini city surrounding the Sky Tree, and can be used for firefighting and its 230,000 residents if natural disaster strikes.

Tokyo Sky Tree, a marvel of engineering and craft - rising to touch the skies, yet grounded in earth - a confluence of the endearing human spirit, spiritual realism and humility of character.

- The visit to Japan is part of 'Pacific Islands and Caribbean Journalists' Programme' organised by the Tokyo based Association for Promotion of International Cooperation (APIC) with support from Foreign Press Centre, Japan.