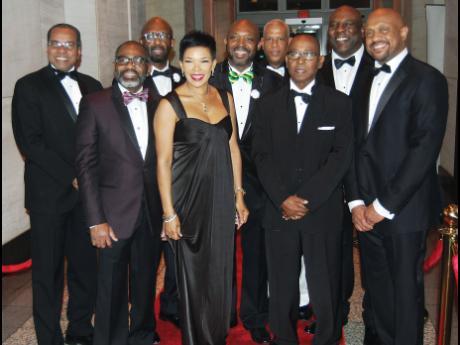 Jamaica David 'Wagga' Hunt Scholarship fund has been providing scholarships over the past eight years to students of Calabar High School and Kingston College, and over the years, over US$66,000 has been distributed to the deserving students.

Delivering the keynote address at the sixth annual Jamaica David 'Wagga' Hunt fundraising ball at the National Education Association Atrium in Washington, DC, on Saturday, January 14, 2017, Jamaica's Ambassador to the United States, Audrey Marks, has lauded the organisers for their efforts.

She said that the scholarships have helped recipients to achieve educational goals they set for themselves.

"Through the unwavering efforts of committee members to preserve the distinguished name and legacy of David Hunt, an exemplary graduate of Kingston College and highly successful sports administrator at Calabar High, several young male students have been afforded the opportunity to pursue their dreams and chart a course for their future," she said.

Marks said she was heartened to learn that over the past eight years, 17 students had been awarded scholarships to cover tuition and books and other costs.

She pointed out that the scholarships also served to encourage academic excellence and well-rounded young men. "These goals complement the efforts of the Government, diaspora, and civil society to ensure that our young male students are not left behind," Marks said.

The Jamaican ambassador expressed concern that the island was now experiencing a crisis of violence. She said 75 per cent of the crimes were being committed by young men between the ages of 13-25, who were both the perpetrators and victims of these crimes.

She added that the scholarships were having a positive impact on the lives of the recipients and their parents and reiterated the importance of the initiative.

"I cannot praise you enough, members of the diaspora, who have been supportive of this and other charitable initiatives over the years, which have supported the efforts of the Government in providing invaluable assistance in the areas of health and education," she said.

In his remarks, chairman of the David 'Wagga' Hunt Scholarship Committee Christopher Hunt said that the scholarship was one of the ways to preserve the legacy of his brother, David, who died in October 2007.

He pointed out that the scholarship offers assistance to six students - three each from Calabar High and Kingston College.

Each scholarship is valued at US$1,000 and is given each year from grade eight to sixth form. The recipients are assessed on commendable academic performance, involvement in sports and other extra-curricular activities, and if deemed in need of financial assistance.