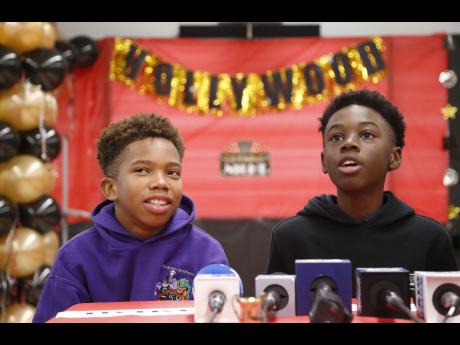 AP
Jaden Piner (left), 13, and Alex Hibbert, 12, speak about what it was like to be at the Academy Awards for their part in the film Moonlight, during a news conference at Norland Middle School on March 1 in Miami Gardens, Florida. 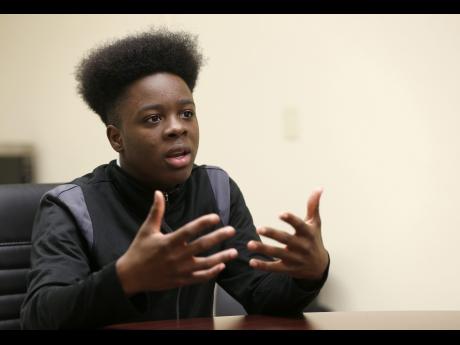 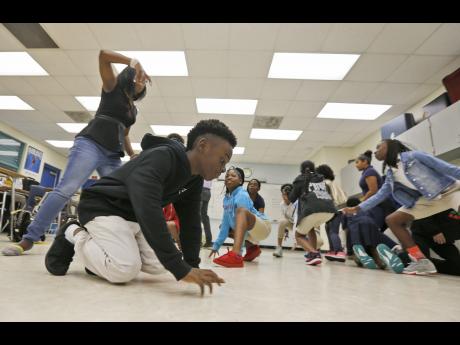 Seventh-graders Alex Hibbert and Jaden Piner returned to middle school on Wednesday, March 1 as stars of an Oscar-winning film. but the Moonlight actors still had to go back to basics with their classmates in drama class.

At Norland Middle School, they followed acting teacher Tanisha Cidel's directions to crawl on the floor like lions and recite the tongue-twister "red leather, yellow leather" faster and faster.

Cidel played a principal in the film that also won Oscars for best supporting actor and best adapted screenplay.

In the communities where Moonlight was filmed, the movie has been lauded this week for its honest representation of life in black Miami, long overshadowed by the city's glitzy hotels and hipster neighbourhoods.

Writer-director Barry Jenkins and Tarell Alvin McCraney, whose play Moonlight is based on, both grew up in the Liberty City streets and schools depicted on screen.

"It shows that Liberty City is not really a bad place and you can't judge it by the news," 12-year-old Alex said. "When you watch Moonlight, you find the beauty of Liberty City."

Moonlight follows the life of a young black man played as a child by Alex as he grows up in poverty and comes to terms with his own homosexuality. Jaden plays his classmate.

Thirteen-year-old Jaden said that he could relate to his character's desire to help a friend, but Alex said the bullying his character suffers fortunately wasn't something he had experienced.

Both boys said that they figured it was a joke when the audience was belatedly told the top award went to Moonlight and not La La Land. In the confusion, they had to jump over other audience members to join the rest of their cast onstage.

An Oscars highlight for both boys: meeting The Amazing Spider-Man actor Andrew Garfield.

Jaden said that Moonlight "shows Miami kids are talented not only in sports".

Alex said that he will next act in a television series in Chicago, starting in April.

Alex, Jaden, and their teacher walked down a "red carpet" taped to a classroom floor to talk with reporters, but they weren't alone in the limelight: About a dozen other Norland students had roles as extras in the film.

Cidel said that her students shouldn't be the only ones inspired by the movie's success.

"I want the parents to understand that if your child has any talent or shows an interest in the arts, take it seriously," she said.