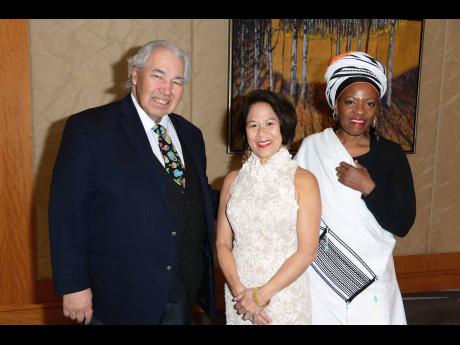 Contributed
Senator Murray Sinclair, recipient of the G. Raymond Chang award; Donette Chin-Loy Chang, co-patron of the UWI Toronto Benefit Gala 2017; and Mpho Tutu, daughter of Arcbishop Desmond Tutu, who accepted the Luminary award on behalf of her father at the UWI Gala in Toronto. 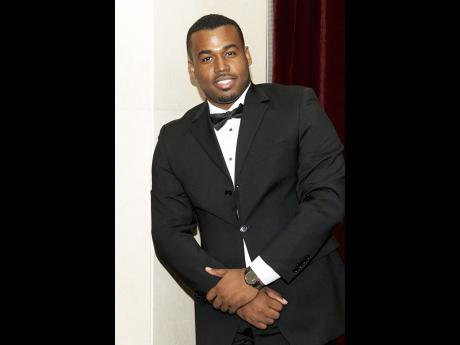 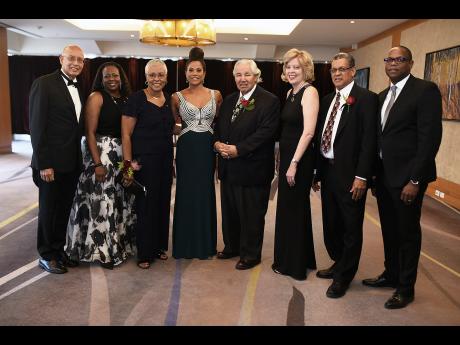 The University of the West Indies (UWI) organised its 8th annual Toronto Benefit Gala on Saturday, April 1, at the Ritz-Carlton Toronto, with over 450 guests in attendance.

The G. Raymond Chang Award was given to Canadian Senator Murray Sinclair. This award is presented to individuals who exemplify the leadership and ideals of G. Raymond Chang. Chang was recognised as an outstanding business leader and philanthropist.

Sinclair served as the chief commissioner of the Truth and Reconciliation Commission (TRC), documenting the history and legacy of Canada's residential school system, which affected the lives of more than 6,000 indigenous women and men of First Nations, Inuit, and Metis backgrounds.

He was the first Aboriginal judge appointed in Manitoba and Canada's second. Sinclair also has honorary doctorates from eight Canadian universities.

A special guest of the evening was the Reverend Mpho Canon Tutu-van Furth, who represented her father, Desmond Tutu, Archbishop emeritus of Cape Town, South Africa, while collecting the Luminary Award on his behalf.

"I'm very excited to collect this award on his behalf, and I'm honoured that he is being honoured by the University of the West Indies. He has had a long association with the institution," she told The Gleaner.

Archbishop Tutu has been a passionate activist against social injustices, most noticeably apartheid since the early 1970s, as the first black archbishop of the Anglican Church of Southern Africa and as chairman of the Truth and Reconciliation Commission of that country.

Among his accolades are the Nobel Peace Prize in 1984, the Gandhi Peace Prize, and the Presidential Medal of Freedom.

Tutu-van Furth mentioned that his message to the audience was one of gratitude and that he was deeply honoured to be receiving the award.

This was the second time that the UWI is recognising the archbishop for his accomplishments as he received an honorary degree from the university in 1986.

Tutu-van Furth stated that he father was unable to make it because he was almost 86 years old and travelling could be a challenge.

The Anglican Tutu-van Furth is the youngest of her parents' four children and lives in Amsterdam with her family.

Jezeel Martin, 2015 UWI Scholarship recipient, represented UWI's scholarship students. He shared his experiences of adversity and expressed gratitude for the opportunity to excel because of the organisation's support.

"My G. Raymond Chang Scholarship engendered a renewal in the higher purpose of my life. Since then, I am more cognisant that I take hold of my success. They will not only be mine, but the many that stand along the sidelines looking for something to believe in.

"Also for the youths from the hardened streets from which I emerged to stand and defy the status quo of the ordinary 'inner city' life, to move beyond the restrictive norms of society and go further than our feet will take us," he said from the podium of the downtown Toronto locale.

Martin had flown in from Jamaica for the occasion.

"As the French Canadians say, 'Je me souviens' - we remember, the past and its fortunes. I remember and I will forever, that the UWI Toronto has helped a poor little boy from one of the most dangerous communities in Jamaica," he said. Martin is set to join the law firm Myers, Fletchers & Gordon.

A special presentation was made to Sir George Alleyne, chancellor of UWI, who is retiring later this year.

Guests bid on numerous sought-after items in the silent and live auctions, including a trip to South Africa. Also not to be out done was the sumptuous sit-down meal while being entertained by the Caribbean Jazz Collective, Sean Jones, Toni Anderson, Eddie Bullen, and Miles Raine.

Benefiting the UWI scholarship fund, the gala was made possible by the family of the late G. Raymond Chang: Donnette Chin-Loy Chang, Brigette Chang-Addorisio, and Andrew Chang.