A story of hope and overcoming the challenges of life 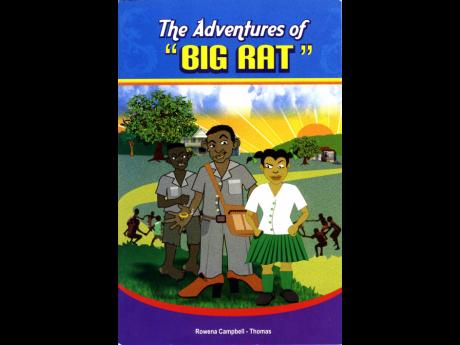 Book: The Adventures of 'Big Rat'

This non-fictional novel chronicles the life experiences and journeys of the protagonist Samuel, who is rather accurately nicknamed 'Big Rat' by his peers and members of the community in the hills of St Catherine, Jamaica. It demonstrates how he overcame the odds of living in an extended family, where his biological father was not present; neither did he play any role in his life.

The author used the impact of socialisation by the two of the most important socialising units, the home and school, to reveal both the negative and positive impact on Sammy. Today, the cries of help for our children come from many groups and organisations when quite often, it is the very parents who are psychologically and physically abusing the children.

This book reveals how children, indirectly and in subtle ways, can be abused by family members not cognisant of the hurt inflicted by the spoken words. When Sammy was continuously told that he was worthless and insignificant, his behaviour demonstrated that he believed and internalised it.

The writer carefully unwinds a series of events about how Sammy took matters in his own hands to resolve his own issues when his cries for help went unheeded by adults.

The main issue that triggered Sammy's problems was the fact that his physical appearance reminded his mother of her estranged husband, his father, whom she claimed was abusive to her.

Many people may say the novel is violent in some instances, but this violence is a reality in today's society.

The book gives vivid insight the life in this rural district, by the geographic, economical and social realities during that era.

The setting is authentic and the Jamaican culture is portrayed with the folklore and duppy stories that dexterously intertwined in the plot as they are told by the older generations to the children as part of their entertainment some nights.

The choice of names that is given to the characters complements the picture created of the district and gives one the impression that these were genuine rural folks. The use of appropriate and fitting language in both direct and indirect speech to include the Jamaican vernacular further enhance the reality of the story.

The setting furnishes a colourful and realistic description of the dynamics of the interpersonal relationship and camaraderie that exists among children growing up in a rural community. Each chapter carefully reveals an exciting series of events initiated by Sammy's pranks and his peers' exhilarating reactions in circumventing them. It is interesting to note that there never seems to be a dull moment in the lives of these children during a period when technological gadgets and television cable were non-existent.

The self-fulfilling prophesy is also unmistakably demonstrated throughout the book. It emphasised the power of the spoken word on children. When negative words were spoken on Sammy's life, his behaviour demonstrated it. In contrast, when Sammy was fed with positive words, it was as if a complete metamorphosis had taken place in his general behaviour and attitude towards life. The positive words of love and kindness provided a ray of hope and became the stepping stones to overcome the obstacles and guided him in his pursuit of success.

The novel gives the readers hope, not just in themselves, but also in others. It encourages readers to be positive, no matter the circumstances. The story can be viewed as a priceless lesson for family members, teachers, and guidance counsellors as an indication of the powerful impact of the spoken word on children.

It is a motivational book for children, especially those in similar situations. It illustrates the importance of providing love and support as well as a sense of belonging and well-being in order for children to develop into well-rounded individuals with the ability to contribute meaningfully to society. Another significant feature of this book is the valuable and absorbing historical window it provides as it allows the reader to glance into our evolving lifestyle following the post-emancipation period.

Approved text by The Ministry of Education, Youth and Information (English Literature)