Chapters of history that teach the future 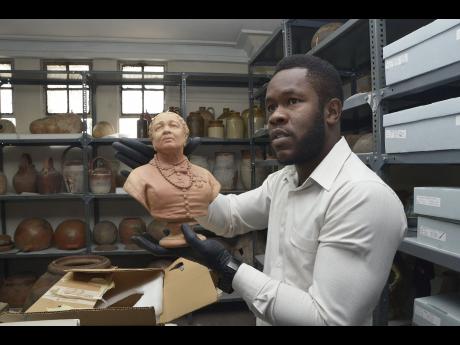 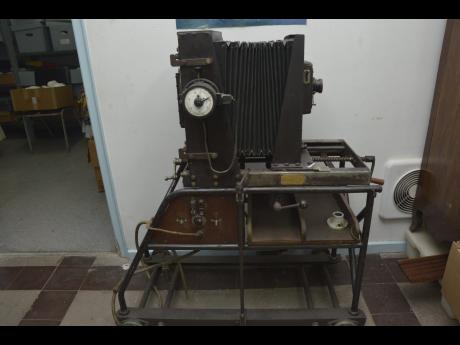 Contributed
When the life was analogue and prints were monochrome, a camera sits at National Museum Jamaica. 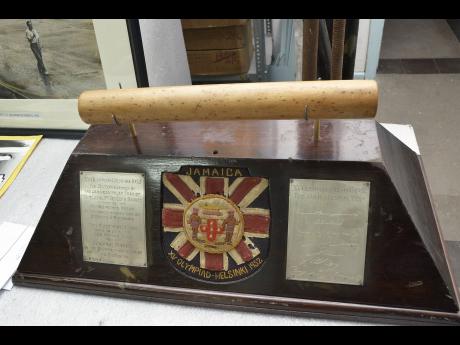 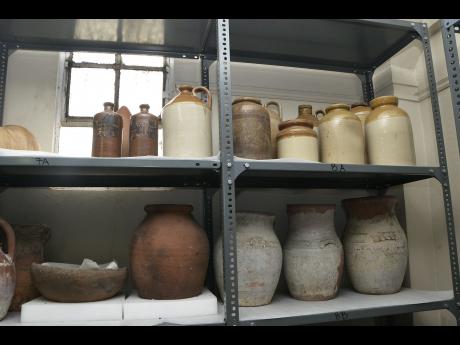 Contributed
Vases in different shapes and sizes line the shelves at National Museum Jamaica. Every piece of pottery has a story to tell

History, for most of us, is buried somewhere in time, oft excavated from the dirt, sifted from the annals of time. Walking down steep flight of cold concrete stairs at the National Museum Jamaica was walking back in time.

Jason Ramsay, keeper of collections, National Museum Jamaica, led the way to a room where history is stored, and aptly, like all treasures, these collections are below the ground level.

Worldwide, as in Jamaica, museums have a significant role to play as the vital link between the past and the present and how mankind has evolved and technologies have developed.

"Museums act as national agents for the collection, preservation, and documentation of national material culture," Ramsay said. "They also help to keep our traditional cultural practices alive, show progress and also how we have interacted with our environment."

One such chapter is that of slavery, one of the darkest time for humanity, when compassion, love and respect became nonexistent.

Ramsay, who attended a workshop organised by The US National Park Service and the US Department of State Bureau of Educational and Cultural Affairs through the Protecting Slave-Related Sites and Antiquities Project, was made aware of the significance of preservation of that chapter.

"This move by the National Park Service and The College of Charleston for me signalled the same fall as the Berlin Wall, where barriers, whether it be cultural, social, and geographical, were destroyed," he said. "My attendance signified for me a small chip in that wall."

Ramsay said that the conference offered more than just the opportunity for sightseeing. It was a chance to broaden his knowledge on museums and their operations.

"In attending the conference, my main aim was to converse with fellow archaeologists, anthropologists and conservators and exchange research material in the attempt to form a network and possible collaboration on projects," he said.

"One of the sessions Ienjoyed was the tour of Sullivan's Island, where we were able to not only tour the facility, but have discourse with the individuals mandated to preserve and protect the nation's heritage," he said.

"The session alleviated some of my fears in terms of conservation practices that we administer at the Institute of Jamaica, as well the global methods for correct conservation."

Ramsay, though, added that often, museums are seen as places where unwanted objects or materials are deposited and they are not readily seen by the wider public as educational resource centres.

"This negative interpretation of what museums mean has aided in the inhibition of their development in most countries, especially in developing countries," he said, adding that it has become necessary and urgent for museums to redefine their missions, their goals, their functions and their strategies to reflect the expectations of a changing world.

Ramsay informed that National Museum Jamaica is visited by groups of school and tertiary level students and most of the times they are in awe and disbelief, as he picked a phone with a rotary handle, which was turned to call an operator in the telephone exchange to place a call bandwidth, at that point of time was circular movement of the handle.

Holding a place of pride is a bamboo baton from Helsinki Olympics of 1952, of the Jamaican relay team that won the 4 x 400 relay gold medal, a time when the athletes competed under the Union Jack.

Objects like these inform us, not only of our past glories, achievements, but give us valuable lessons on the course correction we need to make, so mistakes of the past are not repeated.

Worldwide, archaeological and historic sites associated with the historic slave trade particularly in coastal Africa, the Caribbean, and coastal North and South America face threats from development, looting, vandalism, neglect, invasive plants and animals, and effects of changing global climates. These sites of conscience possess powerful meaning for communities affected by the slavery, and their preservation is important to understanding its history.

The U.S. National Park Service and the U.S. Department of State Bureau of Educational and Cultural Affairs collaborate to produce workshops for international partners through the Protecting Slave Related Sites and Antiquities Project, with funding from the Cultural Heritage Center, Department of State. The program will improve the capacity of cultural heritage institutions in partnering nations to preserve and protect heritage sites associated with the historic trans-Atlantic global slave trade.

Participants in the program who are charged with the stewardship of resources associated with the slave trade in their own nations work with NPS, DOS, and other personnel in a collaborative environment to:

* Improve protection of sites associated with the slave trade;

* Foster community engagement as a means of site protection;

* Where appropriate, participate in technical assistance to achieve the aims above.

The project was conducted in two sessions, a policy workshop, held in February 2017, and a technical workshop held in April 2017. NPS will provide additional technical assistance to participating nations in 2017 or 2018.