The lingering ghost of yesteryear 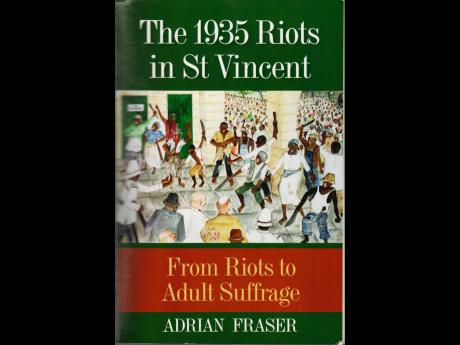 Contributed
The 1935 Riots in St Vincent 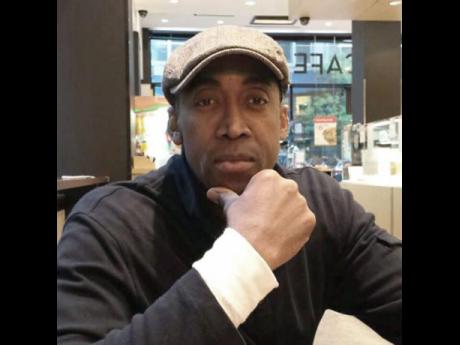 Book: The 1935 Riots in St Vincent: From Riots to Adult Suffrage

Societies, like every organism, go through periods of transition, for better or worse. It's the law and an inevitable dynamic. In his revelatory work, The 1935 Riots in St Vincent: From Riots to Adult Suffrage, Adrian Fraser presents a vivid historical account of a colony beset with social and political disputes.

It is the early 20th century and St Vincent is in the throes of an existential meltdown, not unlike its regional neighbours. Adrian Fraser's scholarly undertaking examines an island teetering on collapse. Inadequate housing, land shortage, a substandard archaic education, and an underutilised human resource bedevilled a society strafed by neglect.

A self-serving political elite only added to an untenable situation. By1935, we learn that "[a] small social and economic clique controlled what level of internal power existed, [and that] the government [was] still being irresponsible by nature for the colonial political dynamics that advanced the interests of the colonial power rather than the people of the colonies."

The economic paralysis we learn, "was blamed on the administration by persons who made submissions to the commission, [and that] it was, for some time, a commonly held belief that if the people had a greater say in their affairs, the economic situation would not have been as desperate as it was".

By the early 1930s, substantive parcels of available lands remained uncultivated as land owners resisted land-settlement programmes. And sugar, no longer a readily sought produce, disrupted the work culture. Sugar was replaced with arrowroot and cotton, and the export of tomatoes, peas, and mangoes gained ground as labourers refocused their attention on utilising small parcels of land.

Against the backdrop of a withering class struggle, the masses remained politically and socially engaged. Avid readers they were as the media flourished. It was a paradox that arguably threatened the status quo. The media, Fraser notes, served as a catalyst for change and was the only viable means to a meaningful education. Meanwhile, harsh social conditions and the restriction of voting rights led to calls for a progressive political union.

In a 1932 conference in Dominica, delegates argued that "the Crown colony government ... neglected the poorer sections of the community and was responsible for the colonies' economic failure." More important, they demanded that all taxpayers should be granted voting rights, "and that the franchise, with regard to property and income qualifications, should be lowered." Adding fuel to simmering discontent was Italy's 1935 invasion of Ethiopia. The resistance was galvanised.

A growing chorus against the legislative council in 1935 saw some marginal gains by the people, but the legislature remained an exclusive body comprising wealthy land owners.

With socio-economic conditions approaching critical mass, an uprising was imminent.

Of interest are the unique circumstances surrounding the riots that began on October 21, 1935.

Fraser states that while unrest in neighbouring colonies exploded on plantations, St Vincent's revolt erupted in the capital at a meeting of the legislative council convened to discuss the colony's financial. An exigent need for revenue to fund multiple projects was needed. The governors sought to increase taxes on imports and raise licensing fees for vehicles as viable solutions.

A price increase on commodities agitated the working class, which immediately demanded clarification of the council's intent. They also sought an audience to discuss the Workingmen's Compensation Law and the Minimum Wage Bill.

As the day progressed, the clamour of the crowd intensified. Fraser captures that pivotal moment. He writes that as the governor stood on the stairs leading from the legislative council, the noise escalated [with] shouts of "We can't stand any more duties on our food and clothes!", "We want work," "We are hungry!" "Something will happen in this town today if we are not satisfied!"

One news paper reported that "sticks and other weapons were brandished over the heads of the Governor and Administrator as they, with diplomatic tact, tried to mitigate the high feelings of the mob".

Law enforcement was mobilised as chaos raged. Stores were looted, the jail was emptied, and the courthouse and cable office were attacked. There were casualties on both sides.

The suburbs were not spared. Ignoring the Riot Act, violence flared in Cane Garden, Georgetown, and Byrea. Armed with sticks and cutlasses, mobs besieged the homes of the wealthy.

When the days of anger quieted, an investigation was launched regarding the subversive role played by the media. The masterminds behind the uprising were also identified. George McIntosh was singled out, put on trial, closely monitored, and persecuted. There were allegations of media censorship, followed by the enactment of the Seditious Publication Ordinance and a state of emergency.

The 1935 riots must be viewed through a multiplex prism. There was an anaemic economy on one hand and racial indicators on the other. Indeed, race and economics were inseparable. Italy's aggression against a sovereign black nation and the philosophy of the Garvey movement stirred racial pride among blacks and added to social anxiety and fear.

The growing activism of blacks in the labour movement and the prodigious insight of McIntosh in forming the Workingmen's Association opened a new chapter in the history of St Vincent. Long-standing grievances such as land distribution, wages, workers' compensation, and the poor state of education were addressed. The urgent need for constitutional reform and autonomy based on adult suffrage and single-chamber legislatures were strongly advocated. A more binding union between the colonies of the Windward and Leeward Islands was also advanced.

By 1949, small town boards and village councils accommodated elected and nominated members, ushering a new political reality that predicated adult suffrage and the establishment of a federation.

That literacy should determine voting rights was challenged by McIntosh, who argued that "the man who can't read or write has greater need to have manhood suffrage ... I want to see the widest scope of democracy ... Give them every opportunity to rise."

Fraser details the atmosphere and excitement of the 1951 elections that fielded the United Workers, Peasants and Rate Payers Union. He argues that "[t]he working people who participated in the riots made the connection between what went on in the courtyard on October 21 and the governor's response in recognising the validity of some of their demands and purporting to accede."

The 1935 Riots in St Vincent is a living, breathing testament to the socio-political dynamics that spur disenfranchised peoples to confront oppression. Fraser's work attests to the significance of grassroots mobilisation.

For sure, free will and ingenuity will never be vanquished by oligarchic rule. History has shown that much.

The 1935 Riots in St Vincent: From Riots to Adult Suffrage by Adrian Fraser 2016

The University of the West Indies Press, Mona, Jamaica