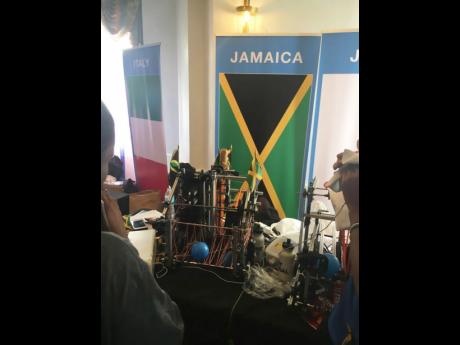 Contributed
Robot made by the robotics team from Jamaica at the worlds first International Robot Olympics for high school students. 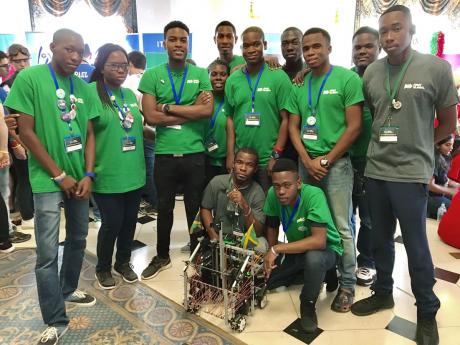 Contributed
Robot made by the robotics team from Jamaica at the world’s first International Robot Olympics for High School Students, earlier this month. 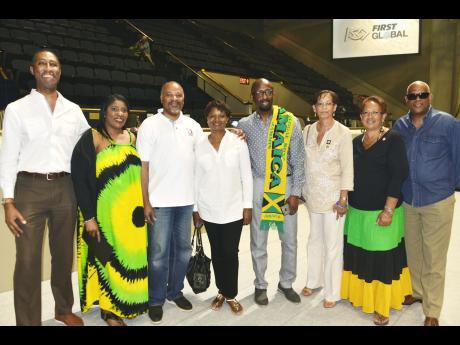 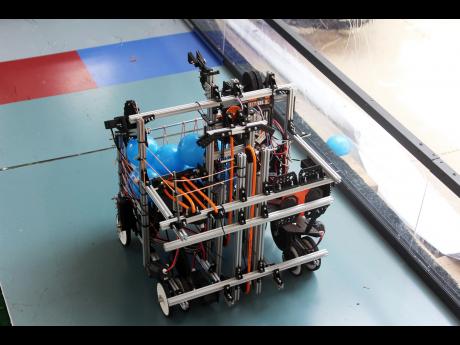 Contributed
The robot made by Jamaican students for International Robot Olympics. 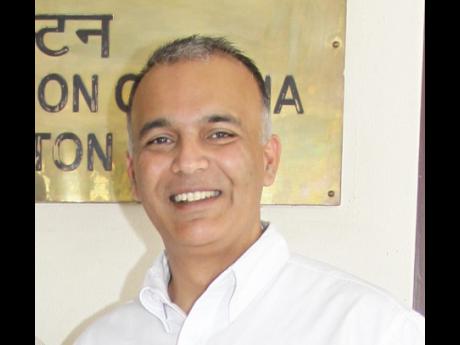 It was long ago in a silver screen near us when R2-D2, C-3PO, or more recently BB8, awed and mesmerised us with their ability to assist humans and other living species in galaxy light years away. These alphanumeric science fictional droids and technologies from the future are become as real as humanity's quest to find life on Mars.

In Jamaica, a group of students are translating their interest in the sciences into creating functional pieces of automated machinery robotics is slowly spiking interest of students. A group of them made their mark at the world's first International Robot Olympics for High School Students in Alexandria, Virginia.

"This was a historical feat," said Lesleyann Samuel, president of Union of Jamaican Alumni Associations (USA) Inc (UJAA). "To our knowledge, this is the first time that Jamaica has been represented in an international robotics competition."

Beyond putting their techie caps on, the team members had to work seamlessly and in sync in a co-ed scenario and to work with students from other countries.

"The programme is intended to create platform to get youngsters from different parts of the world and different cultures to come together and solve global problems," said Samuel.

UJAA was responsible for organisation, coordination, project management, and interfacing with First Global, the organisers of the Robotics Olympics.

"Did not hear about the competition till January, and between then and July we made it happen," Samuel said, commending Karlene Largie, director at UJAA and robotics project team leader, for ensuring that everything went smoothly and seamlessly.

An engineer herself, she is excited about the prospects of girls making inroads into technology.

"We (girls and boys) do things differently," Samuel said. "But the key is diversity, which is a strong thing, and we can complement each other in whatever we do."

She started a robotics club with assistance from volunteers from Jamaica College robotics team at her alma mater Immaculate Conception High in 2010.

This, she said, was demonstrated at the Robot Olympics, where all teams were given the same piece parts and asked to build a robot that could perform a specific set of functions.

"FIRST has chosen to work with the National Academy of Engineering to define a theme each year," Samuel said. "This year, the theme was 'Providing Access to Clean Water.' The tasks of the robot were intended to replicate tasks needed to assist with addressing this global objective."

FIRST (For Inspiration and Recognition of Science and Technology) is a non-profit organisation started in 1989, to encourage youth in America to pursue STEM education (Science, Technology, Engineering and Mathematics) the Robot Olympics is one of their initiatives to popularise the sciences.

The robot built by Team Jamaica performed well in the games the team won four out of six matches, and was placed 48th out of 165 teams.

Armed with the success of their maiden voyage UJAA, Samuel informed, is hoping to bring a FIRST Technology Challenge for high schools in Jamaica in 2019.

"By having a competition in Jamaica, we allow all secondary schools to participate in a local competition without the expense of each of them travelling to the USA to compete," she said.

Samuel is upbeat on the prospects, and what such participation can do to the psyche of the students helping them to get a fresh perspective on life, broaden their thinking and horizons.

"This global competition is conducted in a unique way," she said. "In the initial rounds, teams of three (arbitrary) countries compete against another team of three countries."

Aside from not knowing each other, they had language and cultural challenges, and in order to win, the students found ways to collaborate and cooperate for the greater good connecting technology with terra firma.

"This experience can be life-changing, as we expose our children not only to the technical aspects of the challenge," she said, "but also to the realities of what it takes to solve our global challenges.

"We cannot teach this in a classroom."

It is the age of technology and we are slow learning to cohabit on the third planet of this solar system of the Milky Way Galaxy with Augmented Reality and Artificial Intelligence.

Science fiction is not so fictional after all ...