The day my mother died 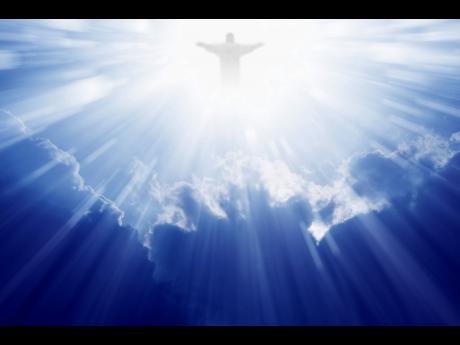 Tuesday, January 15, 2013, was a routine day for me at work. But by midway through that Tuesday, my life as I'd always known it since I was born, changed forever. I was at my desk when my mobile phone rang.

"What you mean gone?" I asked apprehensively. I was thinking that my mother had wandered away from the nursing home where she was staying.

"What!" I bellowed incredulously into the phone, as I jumped to my feet. Although ailing, I didn't expect my mother to pass until perhaps another 10 years or so. I was blindsided by the sudden, hard, and jarring news.

"She went to bed okay last night," Monica continued, "got up this morning, had her breakfast and all, and later took a nap, but when we tried to wake her for her midday meal, we realised she had gone."

Mother had passed away peacefully in her sleep. Died. "Gone," as Monica had said.

My mouth went dry and a lump formed in my throat, constricting my windpipe and threatening to cut off my breathing. My knees sent a distress signal to my brain that they were fast losing their ability to continue to support my body. So I sat back into my chair as the gravity of the news begun to take hold of my being as regards its permanent, epochal, psychological, and immediate practical implications.

I sat and cried. I'd never cried before for anyone who had died. One can never be truly prepared for the passing of even one's ageing parent.

I then called each of my siblings, starting with my eldest sister Carlene, who was working in Montego Bay at the time.

"Carlene," I said, trying to keep my voice normal, and then after a pause, continued "are you sitting down?"

"I don't like the sound of this, you know," she said, presciently.

"Mama," was all I was able to mutter before my voice broke, confirming her worst fear.

I told Carlene I was heading to the nursing home, and then completed the rest of my calls. I affected a composed exterior as I told my Boss I'd a "family emergency" and then hit the road, willing myself to drive carefully because my mother was already gone and there was nothing I could do to change the reality. Reality is what is, no matter how unpleasant or unsettling. And death is one of those stubborn realities of life.

As the de facto leader of the family, I'd to take charge of the situation. When I arrived at the nursing home where my mother had died, my three brothers were already there. Their expressions were what I imagine a fish out of water would have extreme discomfort from being in a strange place. Marcia and other staff members wore stoic expressions like masks on their faces.

And then I saw her. The scene was at once real and surreal. My mother was reposed peacefully in a settee. One could be mistaken in thinking that she was sleeping. In a sense she was, but this time it was permanent. She was wearing a simple dress and her head was tied with a bright-colored scarf.

She looked remarkably serene. The unnatural angle at which her head tilted was the only obvious indicator of finality. I just stood there and looked at her, then touched her forehead. She was indeed "gone." Nothing I tell you, dear reader, prepares one for such a moment.

When death arrives one has no choice in being available. The sight of the undertakers later removing her is indelibly etched in my mind. I mean, one's mother was being taken away by undertakers! Thus, a little more than a month short her 78th birthday the sun set on the life of Enid Leanora Ivey, my mother.

- Paul Ivey is the author of It All Began With The May Rains: An Introvert's Remarkable Journey