Secrets of the skulls : Studying coywolves and early humans 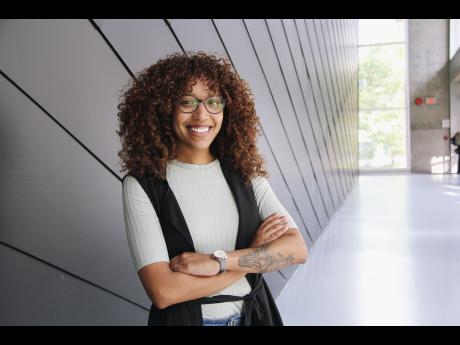 U of T
Lauren Schroeder, assistant professor, department of anthropology.

It may seem like a big jump from studying ancient hominins to coywolves, but for palaeoanthropologist Lauren Schroeder, understanding the hybridisation of a modern species may provide important clues about the evolution of early humans.

Although early in her career, her work is already attracting attention. In 2008, she was granted the Franklin Mosher Baldwin Memorial Fellowship from the Leakey Foundation, and was named to a list of the Top 200 Young South Africans in 2015. She was also one of the first women of colour to earn a PhD in archaeology from the University of Cape Town.

It was a childhood fascination with dinosaurs and the human body that led her to her current work. "They mixed in my 10-year-old mind," she says. "In my second year of university, I found my interest in human evolution and how we got to where we are today."

Schroeder focuses on evolutionary anthropology, with particular attention to morphology - the structure and form of a species. "Paleoanthropology has typically focused on the effects of evolution - how did we get to now? and compares fossils to living species," Schroeder says. "Previously, these differences were attributed to the process of adaptation or natural selection, but we now know that evolution also involves other processes, like genetic drift and gene flow or hybridisation. Instead of focusing on the effects of evolution, I focus on figuring out which of those processes were responsible for the diversity that we see in the human fossil record."

Schroeder has worked on some high-profile studies of fossils discovered in South Africa. As a graduate student, Schroeder studied the remains of homo naledi, a new species of extinct hominin discovered in 2013 near Johannesburg, and believed to have lived between 236,000 and 335,000 years ago. Through the Rising Star workshop, Schroeder was selected as lead to study the fossilised skulls and mandibles, searching for linkages to developing humans.

"Naledi could have been living at the same time as modern humans, but as an isolated population," she says. "There appears to have been lots of interbreeding between different species, as well as isolated species that died out, and the creation of new species." Her findings have appeared in several publications, including early publications in science and, more recently, a 2017 study published in the Journal of Human Evolution.

Her work at U of T Mississauga will continue to study evolutionary processes, but with a focus on modern-day coywolves, a new species resulting from the interbreeding of wolves, coyotes and dogs in eastern North America. Schroeder hopes to pinpoint the morphological signatures - changes in skull structure - that have resulted from interbreeding between the species, and to find a pattern that could be applied to the wider fossil record.

"The canus genus is a really good model for what was happening in later human evolution," Schroeder says. "There were lots of encounters between different species of dog, wolf and coyote, they have basically formed their own species through gene flow."

Schroeder will study museum scans of skulls from the ROM and Albany, searching for signs of structural change. "I will compare it with what we see in pure wolves and coyotes," she says. "I want to eventually apply what we see in these animals to the human fossil record. My study could help determine if fossil samples are the result of hybridisation," she says.

Schroeder is excited to join U of T Mississauga. "Being at a world-class institute is a dream job," she says. In addition to her research, she will be teaching statistics for biological anthropology, and archaeology to fourth-year students, as well as graduate-level courses in quantitative methods and human evolution.

She also hopes to continue as a mentor to students of colour, a role she dedicated herself to in South Africa. "I had opportunities that my parents worked very hard to give me," she says. "I worked hard to get where I am, but I owe a lot of people for the mentoring I received. I want to be that mentor for others."

- Article courtesy U of T Mississauga.