Humanities in action | Beyond bookish knowledge 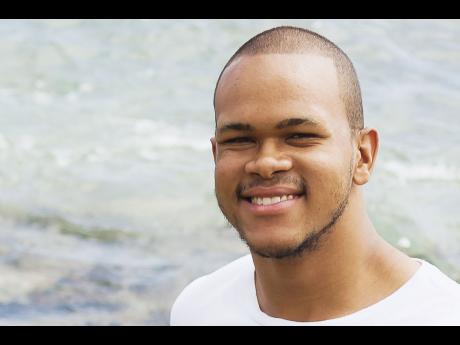 Too much time has passed for me to recall the context of this scene, but it stands out before me nonetheless. In my first year at the University of the West Indies (UWI), Mona, I found myself in the presence of the indomitable Carolyn Cooper, giving an animated reading of Buju Banton's Untold Stories. The reasoning behind her impromptu analysis of this song escapes me at this moment, but I recall lingering on the lyricist's line "full up of education yet no own a payroll," and immediately becoming defensive, as though it were an accusation, or worse, a prediction.

It reminded me of questions asked by well-meaning friends and family about how feasible it was to pursue a degree in literatures in English, especially in times like these when professional degrees seemed to hold more promise.

These questions usually did not irritate me, but they emboldened me, for I knew the success and employability of graduates far outweighed the stigma assigned to students in the humanities. But on that day, reading the lines of a song I had heard on many occasions before, I did not have doubts.

It is quite easy and understandable to approach with scepticism and label claims to the transformative and transcendent potentials of a degree in any area of the humanities. However, the humanities have always has had, and will continue to have, an impact on how we think about the major problems that face the world and provides its students with the necessary skills to have meaningful lives within and outside of the world of work.

In the age of anthropogenic climate change, which has continued to pose a major threat to the livelihood in the Caribbean, critical study in the various disciplines of the humanities has a role to play in shaping our response.

The emergence of the environmental humanities as an area of research signals an interest in an approach to the study of the natural world that goes beyond the materialism of the natural sciences.

Embracing an interdisciplinary approach that takes into account non-Western cultural conceptualisations of human relationship with land and ecology, the discipline expands our understanding of the challenges facing the world and offers tangible solutions to these ongoing environmental crises.

Understanding the challenges faced by a world becoming increasingly modern necessitates an awareness of cultural politics that shapes human relations - a kind of understanding that is central to training in the humanities.

In the Faculty of Humanities and Education at The UWI, these shifts on a global scale aimed at taking into account the changing contexts of our daily lives have not been ignored.

The movement towards interdisciplinary methods of approaching various texts, whether they be visual, literary, digital, or aural, has resulted in exciting additions to course offerings within the faculty, as well as the establishment of a film studies minor, and the expansion of the liberal studies degree in the Department of Literatures in English.

The latter allows students to take courses in a variety of disciplines across the humanities and social sciences.

As the cultural critic Daniel Coleman argues in his book In Bed with the Word: Reading, Spirituality, and Cultural Politics, a sustained practice of reading and critical thinking is necessary "if we are to see beyond the cynicism of commodity culture, if we are to engage in the hard work of ... producing citizens instead of consumers".

The openness and interdisciplinary nature of the studies in the humanities may come as a surprise to some whose conception of the humanities conjures up images of students with their heads buried in books.

The humanities were always more interested in what happens when we think critically, indeed 'read' the world around us as it emerges in the form of books, films, languages, philosophies, artefacts, music, dance, orature, and other forms of cultural production. As Coleman notes towards the end of his book, "it does matter what we read, but it matters even more who we become by reading".

When we take time to consider the world we inhabit, and what has been and continues to be produced by individuals within and outside of our culture, we are able to go beyond ourselves, and our often limited experiences no longer become the only lens through which we encounter the world.

It is only when we dare to consider reading as more than holding a book and deciphering symbols on a page that we will ultimately recognise this practice as having the potential to transform us as individuals and the communities from which we emerge.