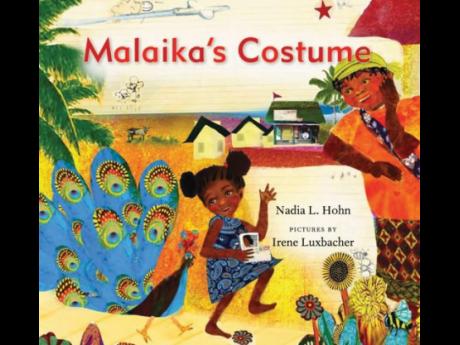 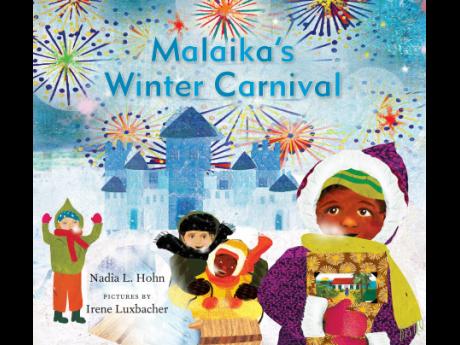 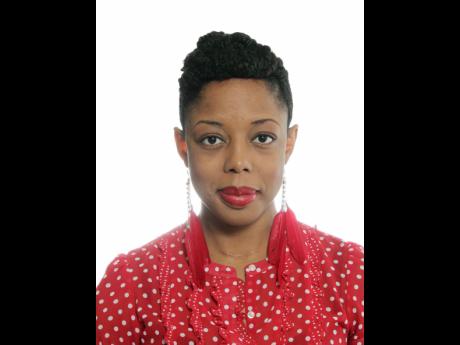 The book, written by Hohn and illustrated by Irene Luxbacher, an artist and author, won the Helen Isobel Sissons Canadian Children's Story Award in 2016.

"In Nadia Hohn's touching and timely picture book, we are introduced to Malaika, a young girl living at home with her grandma in the Caribbean while her mother is working far away in a icebox-like Canada to provide a better life for her family. Told in distinctive Caribbean patois, Malaika's voice genuinely rings out to the reader as she describes both her excitement about the upcoming carnival celebrations and her feelings of sadness and disappointment in missing her mother on this special holiday," the organisers said.

"Accompanied by colourful collage-style illustrations by Irene Luxbacher that bring Malaika's island home alive, the reader is introduced to the costumes and characters of carnival. There are also numerous significant visual details to catch a young reader's eye such as drawings, presumably from Malaika herself, that provide a window into her emotional state throughout the story. Moreover, Luxbacher does a magnificent job of displaying tender emotion in the expressions of Malaika and her grandma, adding an even deeper richness to the story."

The organisers further said: "We watch Malaika, with her grandma's support, transform an old, dusty costume into a bright and beautiful peacock costume. In the process, we witness her emerge as a "shiny and proud and strong" version of herself in the carnival parade. Hohn demonstrates a deft, expert touch in handling challenging topics such as family separation and immigration in a way that speaks sincerely to young readers, while presenting a tale of vibrant strength, ingenuity, and spirit."

Hohn, born in Toronto of Jamaican parentage, wrote the book in 2010, and in 2014, was inspired to do a sequel, Malaika's Winter Carnival, when she asked the question: "What if this happened?"

She thought of placing Malaika in Quebec because she spent time there studying French and working there.

"How do you take this very sunny, warm, girl who loves carnival, island girl, and drop her in the middle of this winter wonderland, and how does she fare. That's basically what happens to a lot of immigrants, especially from the Caribbean."

She is hoping that young readers will see a child like themselves and identify her resilience and resourcefulness in themselves, see the value of family, and that "despite the distances, families can still remain intact and loving".

"Malaika is a very funny character in the sense that she just calls it as she sees it, and she's feisty. She's got that little edge to her, but she's also resourceful, smart, and creative."

Hohn is also the author of Music and Media Studies, part of the Sankofa series, which won the Moonbeam Children's Book Award for Multicultural Non-Fiction.

Hohn is working on a biography of Louise Bennett Coverley and was hoping to have been in Jamaica during the summer for research.

Her plans changed when her brother died, however, she hopes to go in early 2018.

"I think I'm much closer with the picture book manuscript. I've written many, many, versions of it, but I feel like it's heading down the right path. So that's the first one. As I was doing all my research, I said, There's a second book here, so that one will be more of a non-fiction biography. I don't know if it's going to be a novel. I don't know what form it will take, but it will be for an older audience."

Her deadline to have the book out is during 2019 - the 100th anniversary of Miss Lou's birthday. Last year, she taught music in Abu Dhabi and Dubai in the United Arab Emirates.

Hohn taught French, music, and the arts at the Africentric Alternative School, but this school year, she will be supply teaching and hopes to visit schools and libraries.

Over the past year, including layovers, Hohn has travelled to France, Italy, England, Egypt, Kuwait, Sri Lanka, Portugal, Spain, Germany, Barbados, Trinidad, Saint Lucia, and St Vincent and the Grenadines. She plans to write her memoirs based on her travels.