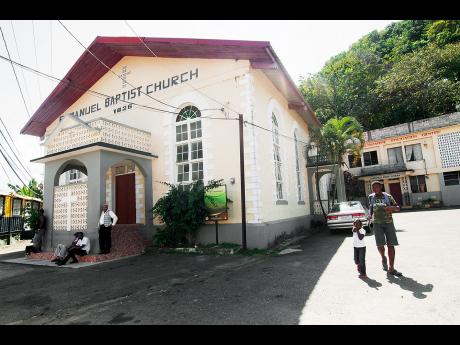 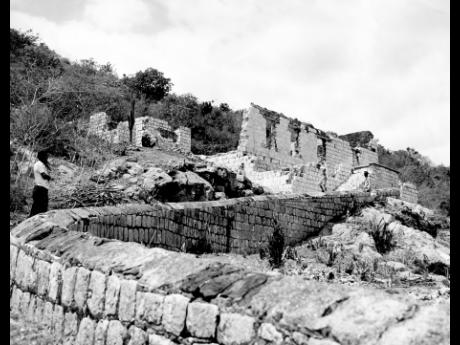 Contributed
Remains of Green Castle, mansion of Colonel John Henderson, after whom the property was named.
1
2

Once listed as the poorest parish in Jamaica, a recent release of a documented story of the parish of St Mary has revealed its rich history.

Bordered by St Ann to the west, Portland to the east, and St Catherine and St Andrew to the south, St Mary boasts rich architecture of buildings that were built across its 610.44 square kilometres. Among these edifices are the Annotto Bay Baptist Church, the first Baptist Church to be constructed in St Mary in 1824, which is still standing.

According to the Parish Histories of Jamaica website, the church was among those destroyed by supporters of the Colonial Church Union during the Sam Sharpe uprising for freedom known as the Christmas Rebellion of 1831.

However, the church, which stands on the seaward side of the main road leading from Annotto Bay to Port Antonio, was rebuilt in 1835 with funds collected by William Knibb and Thomas Buxton, who were renowned abolitionists.

The building was designed in a single rectangular format with a pitch roof. The classical architecture of the doors and windows include pilasters and architraves and surrounds were executed in plaster, in which decorative motifs were mounted.

"The historical significance of the Emmanuel Baptist Church is the fact that it was founded in a time to assist the slaves when Baptist missionaries came to Jamaica to carry out missionary work among them," he said.

He said that over the decades, the church evolved to address the social needs of community members by building an educational centre and basic school to serve a population of some 60 students. The foundation of the education centre was laid by former Pastor and Editor-in-chief of The Gleaner the Rev Dr Dudley Stokes, who served as pastor from 1967 to 1974.

"The community embraces the value of the church because of the social ministries that it carries out and the lives of the persons whom we touch and impact," the pastor said.

But for 79-year-old Ralston Isaachs of Preston Hill, the Georgian architecture structures of the buildings in St Mary such as the Port Maria Courthouse are the most outstanding features of the parish.

"There are certain things I admired about St Mary when I was growing up. For example, the old courthouse, the hospital, and the infirmary. The old courthouse has distinctive architectural features, and they are the landmarks of St Mary," he said.

The Courthouse, built in 1821, also housed the police station, the collectorate and parish council offices. It has historical significance as it is where Sir Alexander Bustamante was tried and freed in 1942.

It was, however, destroyed by fire in 1988. The Port Maria Civic Centre was constructed from sections of the ruins in 2000, and today, houses the courthouse.

St Mary is also noted for its agricultural value to Jamaica. With the decline of sugar, banana cultivation took its place.

In the late 1930s, St Mary played a prominent role in the creation of the Jamaica Producers' Association, which was set up to prevent the continuation of the monopoly on bananas held by the United Fruit Company and other purchasing organisations. Under the umbrella of the association, the Jamaica banana growers banded together to ship and market their own produce. Today, banana remains one of the thriving crops in the parish.

There is also the Sun Valley Plantation, a family-manned plantation rich in Jamaican fruits, herbs, and spices, and Green Castle Estate, a plantation dating back to the 1950s. Firefly, Noel Coward's retreat, which is now owned by the National Heritage Trust of Jamaica, is another famous attraction.

Castleton Gardens, a 12-acre stretch of exquisite flowers and trees, all of a historical background and a meandering river course and the James Bond, Robbins Bay, and Reggae beaches are other famous attractions.

It is also known for famous Jamaicans such as Tacky, Tacky, a slave of the Kramanti tribe who was transported from West Africa to Frontier Estate, Port Maria. He was the leader of the first important slave revolt in Jamaica. Entertainers Capleton, Lady Saw (now Marion Hall), Ninja Man, Tanya Stephens, and Sizzla are also from St Mary.

Other famous Jamaicans include Ian Fleming, English author and creator of the James Bond series of spy novels. These novels were written at his residence, Goldeneye, in Boscobel, St Mary.

The Ian Fleming International Airport, also in the parish, is named in his honour.

Dr Erna Brodber, sociologist and social activist, was born in Woodside, St Mary. She is also a world-famous novelist and the 1999 recipient of the Jamaican Musgrave Gold Award for Literature and Orature.

Oliver Samuels, comedian and actor born in Harmony Hall, St Mary. He is best known for his television series called Oliver At Large.

Lisa Hanna, Jamaican politician and former Miss World, grew up in the town of Retreat, St Mary. She currently serves as member of Parliament for Saint Ann South East and is a former minister of youth and culture.

She said: "The project was developed to strengthen cultural vitality. It will also increase community involvement through a variety of activities designed to engage citizens to discuss their history and to pass on the legacy, to be celebrated for generations to come."

An initiative of the JN Foundation and the Department of History and Archaeology at The University of the West Indies, Mona, the in-depth chronology of events reveals the story of the controversy surrounding the naming of the parish, its European colonisation, growth, and development.

The project is slated to be completed in 2019, with full coverage of all 14 fourteen parishes. As it develops, persons are invited to access the Parish Histories of Jamaica website at www.http://historyjamaica.org and learn more about the remarkable history of Jamaican parishes.