Garfield Ellis believed in the power of knowledge 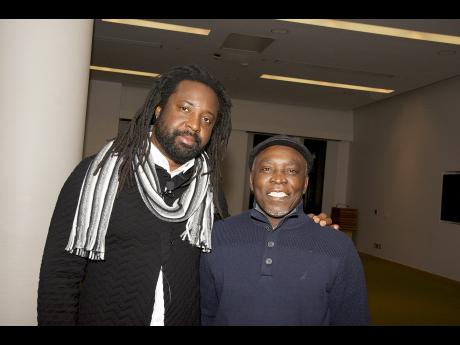 Garfield Ellis, 56, author of six books, believed in the power of knowledge, and that was something he gave to his children.

The effervescent writer passed away peacefully at Scarborough General Hospital in Toronto on March 16 surrounded by his family. His daughter, Fiona, 25, said he was ill for many years and had been diagnosed with a tumour that was inoperable.

"He would give the clothes off his back to help somebody who he loved. He loved really big. He loved with his whole heart," she said.

She said he always wanted to have an impact on the next generation and would give his children books for birthdays.

"He wanted us to be well read and well learned, and he thought that was the way to change our future," said Fiona, who has two brothers, Garfield 27, and Odane, 20.

In November, Ellis received the Una Marson prize at the 2017 Lignum Vitae Awards in Jamaica for his work, 'Land We Love.'

"Through his illness, and to his final days, we had people calling us from all around the world, telling us stories of how he helped them and changed their lives and what a mentor he was to them."

She wants people to remember him as "a man who loved life. He had a search for knowledge. He was in love with literature."

He was a very happy man and someone who was "smiling from ear to ear", with a signature "from the bottom of his belly type of laugh".

Like her father, Fiona, who studied mental health and theatre at University of Toronto, has a love for literature. After reading Marlon James' novel Book of Night Women, she told Ellis that she wanted to be Lilith in a play.

He suggested that she write her own, and now, she is aspiring to be a playwright, and one day, she wants to write a novel as a tribute to her father.

Ellis was born on July 25, 1960, in Central Village, St Catherine. He was the eldest of nine children, all born in Compound and grown up in Spaulding Gardens, Central Village.

His mother, Mable Oates, still lives in that community. His father is deceased.

Joan, his wife, said she met Ellis many years ago when they went to live in Eltham View and remained friends even while he went away to study.

"It was just one of those friendships that you know you have a bredren around the corner . It was that, and it blossomed," she said. "He was an exceptional father, loved his children to death, and he was always a caring and a giving person."

She said that Ellis had a magnetism such that people couldn't help but fall in love with him.

"We spent the better part of two weeks at the Scarborough General, and when he passed, all the nurses came to his room just to bid him farewell. He had that sort of impact on people."

They were in Jamaica for Christmas, and Joan said that when friends came to visit them the stories they told made her ask herself: "Am I married to this man?"

Ellis worked with the Caribbean Maritime Institute as a marine engineer and was active in the Church.

One friend told him that he was his hero and made him love the sea because he grew up in Central Village, and when he saw him in church, his mother told him, "this is the guy who you want to emulate".

Joan said that Ellis was from a poor family, but they were all ambitious and he was a motivator and like a second father to his siblings.

"My heart is broken, but I still feel this overwhelming gratitude to have had this life, to share with this man. He was exceptional," she said.

A memorial service will be held in Canada, but it was Ellis' wish to be buried in Jamaica.

"I want to go back home because even going to that church [Christ Temple Apostolic Church] some youngster might just come and see what my life has been like and be a better person," he told his wife.

Ellis studied marine engineering, management, and public relations in Jamaica and completed his Master of Fine Arts degree at the University of Miami on full scholarship as a James Michener Fellow.

He won the Una Marson prize twice and also won the Canute A. Brodhurst prize for fiction, 2000 and 2005, and the 1990 Heinemann/Lifestyle short story competition.

Ellis wrote six books: Flaming Hearts, Wake Rasta, Such As I Have, For Nothing at All, Till I'm Laid To Rest, and The Angel's Share.

On Facebook, writer Olive Senior described Ellis as a talented writer, and Itah Sadu, owner of A Different Booklist, said she visited him the night before he died.

"Happy that I had the opportunity to tell him that he will always be with us as we read his brilliant novels, writings, etc. He was gifted, a griot, a teacher, and the coolest brother."