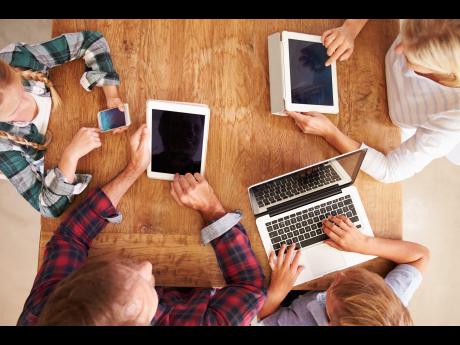 When even tech veterans such as Napster founder Sean Parker critique how smartphones are affecting childhood development, you know a shift is coming. In 2017, Parker warned that social media "literally changes your relationship with society, with each other ... God only knows what it's doing to our children's brains". Parker has two young children, so he's surely familiar with the universal tactic of handing over a screen to buy a moment's peace the so-called 'digital pacifier'.

The Council of Europe recently issued recommendations on children's rights in the digital environment, building on GDPR's legal framework, which establishes the limits of children's consent to use of their data. There's more awareness than ever that technology in childhood needs to be policed properly, by both governments and parents. To help you weigh up some of the issues involved, here are five ways in which the screen is reframing children's lives.

The evidence is still anecdotal, but it's likely that technology's ubiquity from the earliest years onwards - a fifth of children aged three and four have their own tablet - is reshaping our bodies. Short-sightedness has doubled since the 1960s, and obesity is increasing. Only half of seven- and eight-year-olds get the recommended daily hour of exercise in the UK. Spine surgeons have reported an increase in young patients with neck and back pain, likely related to bad posture during long periods of smartphone use. But with the increasing number of apps and devices to monitor physical activity levels, the solution could be digital, too.

The addictive design of many video games and apps could be rewiring children's brains. Many of them are structured around 'reward loops', which regularly dispense incentives, including a biochemical dopamine hit, to keep playing. Autoplay functions on YouTube and other video websites reinforce these rhythms.

"Almost all digital interactions, social media particularly, are deliberately designed to make an individual want to undertake the cycle again, immediately and repeatedly, whatever the time of day or night," stated a recent landmark report on Digital Childhood by the UK-based 5Rights foundation. It believes that tech companies need to adjust the design of their products for children - for example, by switching off Autoplay.

Amid the hand-wringing about cognitive decline, it's worth remembering that perhaps technology is just making children different to us. Even early studies of the effects of video games suggested they improved spatial reasoning. While verbal skills, logical argument and attention spans may now need more offline encouragement, most toddlers will benefit from accelerated hand-eye coordination and image recognition abilities, as well as the general digital literacy that is now essential to growing up.

Just as the pressures of industrialisation created the concept of 'childhood' in the Victorian age, and post-war consumerism gave birth to the idea of the 'teenager', the digital era is shaking up life boundaries once again. While the first year of high school may be regarded as a default age for a child to receive their first smartphone, 39 per cent of 8-to-11-year-olds already have them.

Entry into the world of social media suddenly gives immature children a relatively independent space in which to test out 'risky behaviours' that they can't necessarily understand or cope with, according to the 5Rights report. The collision between incongruous age groups and behaviours that social media entails means that both children and adults need to understand their respective responsibilities under the new digital compact.

There has been much discussion of the growing sense of inadequacy and loneliness fostered by social media, and its impact on young people's mental health. Teenagers who spend more than three hours a day online are 35 per cent more likely to be at risk of suicide, according to a recent US study. But perhaps that's confusing cause and effect. The last decade has seen a growing awareness of and sensitivity to mental-health issues. Much of this discussion is being held by young people in the environment that is most natural - as well as discreet - for them: the Internet.

There's no doubt that the new digital frontier is drastically redrawing childhood, threatening tender bodies and minds. But perhaps we can meet these challenges if they are handled in the spirit of the Internet's original precept: free and frank discussion.