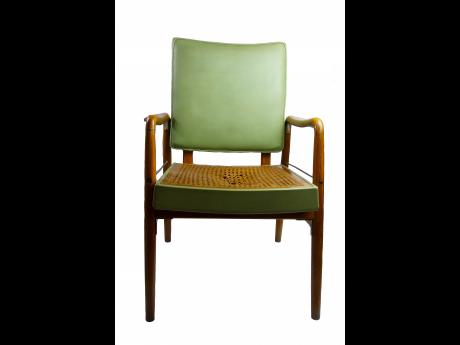 When we think about heroes we tend to think about persons with super human strength and abilities, all of whom would have somehow attained their powers through radiation, extraterrestrial contact or even from a spiders' bite.

In Jamaica we have many heroes, some real and historically documented, while the exploits of others are imagined or of a more mythic and legendary nature.

Bredda Anansi, for instance, survived the Middle Passage, embedded in the minds and oral culture of the West African Diaspora. There are also the real life examples of otherwise ordinary persons who have made enormous contributions to our society, and while these may never be acknowledged nationally, we are, nonetheless, grateful for their contributions.

There are of course those who are recognised at the national level. Jamaica has seven National Heroes, six male heroes and one heroine, all bestowed the honour of the Order of the National Hero.

These individuals in some way put their lives and reputations on the line for the greater good of their people and their country and is why they are accorded National Hero status. Professor Sylvia Wynter says that though the physical characteristics of a hero may differ from society to society and from age to age. The one thing that remains is the heroes ability to overcome adversity.

Norman Washington Manley was such an individual, having made the choice to stand up for the Jamaican labourer against the British colonial administrators.

Born on July 4, 1893 at Roxborough, Manchester to Thomas and Margaret Ann Manley (nee Shearer), Norman Manley spent his early years on his father's property in Roxborough.

After his father's death, he was enrolled at the Guanaboa Vale Elementary School, then to Wolmers, but family hardships then forced him to drop out and enrol at Beckford and Smith's (St. Jago) in Spanish Town. In 1906 he won a scholarship to Jamaica College. Graduating in 1913, he then taught at Jamaica College, Hope Farm School and at Titchfield until the news came that he had won the Rhodes scholarship and left for Cambridge in 1916.

Described by Stuart Hall as tempered steel, a rebel by nature, he was nonetheless a passionate and voracious reader. At Jesus College, Oxford, he read for his law degree but interrupted his studies to join the Royal Field Artillery as a gunner and did three years active service in France and Belgium.

Norman Manley was called to the Bar in 1921, also the year he and Edna Manley (nee Swithenbank) got married.

On his return to Jamaica in 1922 he was called to the Jamaican Bar on August 30. One of Manley's earliest involvements in public life was to represent the Jamaica Banana Producers Associated before the Colonial Office Commission dealing with the Banana Industry, resulting in the island's first welfare code.

The social and economic upheavals of the 1930s saw Manley's involvement in union activities, which led to the development of the trade union movement. In September of 1938 the People's National Party (PNP) was formed.

He made several trips to the United Kingdom concerning the proposed Federation of the British West Indies. In 1958 the Federation was formally established, but was subsequently rejected by Jamaicans. Having lost, he and Alexander Bustamante negotiated Jamaica's Independence and in August 1962 the Jamaican Flag was hoisted.

Among the many treasured objects in the National Collection is the chair pictured, said to have belonged to Norman Manley where he sat as Leader of the Opposition at Gordon House, Jamaica's House of Parliament. This arm chair would have been the witness to many important conversations and decisions. Fashioned in the Italian modernist style, the chair also incorporates typical wicker braiding.

The back of the chair upholstered in green, while coincidental, may be representative of Jamaica's national colour as well as Manley's lush intellect and his ability to overcome the numerous obstacles he faced throughout his career.

It is with great pride that we acknowledge all of the hard work, dedication and trails blazed by Norman Washington Manley, but we must also continue to recognise our other National Heroes and Heroine, Marcus Garvey, Paul Bogle, George William Gordon, Sam Sharpe, Nanny of the Maroons and Sir Alexander Bustamante.

In 1912 while still a student Norman Manley won seven events at the Secondary School Championships at Sabina Park, setting five records. Most notable was the 100-yards dash in ten seconds which stood for 41 years and was equalled by his own son Douglas 29 years later in 1941.

Jamaica Information Service. (1995). What is our National Heritage.