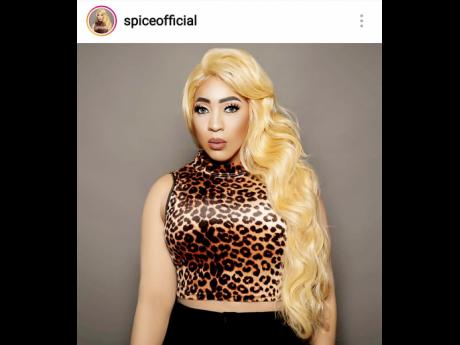 Dancehall artiste Spice posted this light-skinned version of herself on Instagram recently. File 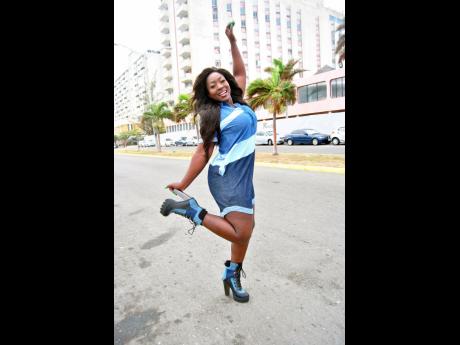 Just when I thought that football in France was the only way reggae's girls were going to get some new critical attention on the island, the reigning queen of dancehall, Grace 'Spice' Hamilton, teased a 'perfectly' bleached-out image of herself on her social-media accounts on Monday, October 22, and released the music video for her new single Black Hypocrisy on Tuesday, October 23.

Spice did not actually bleach her skin - but the fact that so many online viewers thought that she did bleach and wanted to know what product she used to get such quick, bright results proves that the issue of bleaching is bigger than we want to admit in the African diaspora.

More importantly, how the viewers responded to the initial images of Spice that were posted by the artiste on her own social media accounts before the release of her music video is a testament to the very subject that Spice was tackling. No doubt, in Jamaica, there is a to-the-core belief in brown- and white-skin privilege, a to-the-core belief that darker skin is a stumbling block in life, and a to-the-core lack of awareness about black hypocrisy regarding colourism.

When we get over the shock-value of the visuals, we hear Spice stepping into arrhythmically reggae vibe with Black Hypocrisy. Listeners get a sharp critique of colourism and a critique of how it is that black people can shame black people who bleach their skin on the one hand, yet they can hypocritically uphold and praise white standards of beauty for themselves, on the other.

This is what Black Hypocrisy does via sound and sight. And in this age of visual consumption, it is the pairing of audio and video that allows Spice to make her point crystal clear.

Spice rides a reggae rhythm to deliver a key message on skin bleaching, self-hate, and the legacy of colonialism that is imprinted on the minds and skins of too many in Jamaica.

She sings in the second verse:

Cause it never come from a Caucasian, trust mi

Dis ya black colourism be hypocrisy

So if I wake up tomorrow look like a browning, oh!

What's your perception of a pretty woman?

Is it straight nose with her hair well long?

Cause dey attatch the word 'ugly' to our complexion."

With lyrics like these, there is no doubt that Black Hypocrisy is and isn't the Spice that we are used to. Scorn dem, Spice, as you take a sharp turn for the sociopolitical! This new song is not the same kind of controversy that Spice stirred up alongside Vybz Kartel on Romping Shop in 2009.

And this is not the same controversy that she stirred when landing a spot on the American reality-television show Love and Hip Hop: Atlanta this year. And now, with a bigger, wider, increasingly more black-American and global audience in tow, Spice releases this new reggae-dancehall single about colourism.

With Black Hypocrisy, Spice unexpectedly bridges reggae and dancehall. She slows down her lyrics to give local and global listeners time to digest this message aimed at burning out all these centuries of self-hate, all these decades of believing that 'brownin' is the only beautiful, and all these years of applying skin bleachers as a solution. Just as Spice changed her appearance for the visuals of this song from pepper to salt, or whichever seasoning 'Jamaican Twitter' has said - Spice mixes up her vocal style but still hits bold and distinctly Jamaican.

But, however she looks, however she sounds, she is all Spice. Run the track again and again because the message needs to be heard. Run the track so much that by the time the Reggae Girlz play the Women's World Cup come next year and we gather to see that spectacular display of green, gold, and black skin complexions and hair textures, we will have chosen to build up our nation's self-esteem and dash weh black hypocrisy. Spice, we salute you!

- Isis Semaj-Hall, PhD, is a lecturer at University of the West Indies, Mona, and blogger at 'Write Pon Di Riddim'.