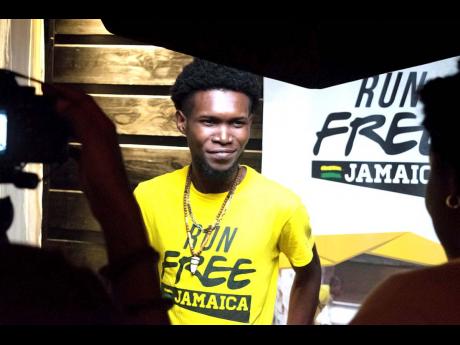 Contributed
Run Free Ambassador and participant, Sashane Parker, being interviewed at the premiere of Run Free: The Documentary on November 23, 2018. 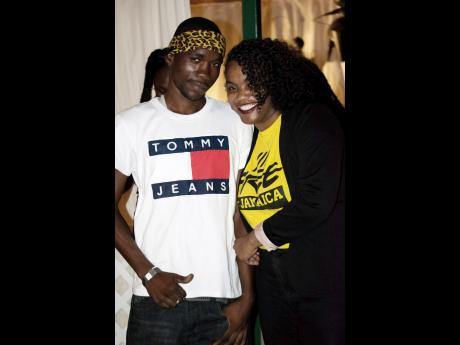 Contributed
Run Free participant Kevin Forbes and choreographer Liane Williams at the premiere of Run Free: The Documentary on November 23, 2018.
1
2

Despite the drizzle on the evening of Friday, November 23, viewers poured into The Serengeti, Hope Zoo for the premiere of Manifesto Jamaica's Run Free: The Documentary. The event, which was packed to capacity with over 200 attendees, was made possible by a British Council grant to Manifesto Jamaica, part of their four-year partnership in the Run Free project.

It was the profundity of the main feature that left everyone awestruck, because they had experienced something truly unexpected and powerfully relevant to national transformation.

Cast member Daniel McGillvary said, "With the documentary, I want people to see how we were able to triumph and hope it will build support for these type of interventions."

Landing like a one-two punch at the opening of the premiere, an unconventional recital of Jamaica's National Pledge and a spoken-word performance by Renard 'Riddim' Anderson spotlighted the plight of poor black boys. Host Debbie Bissoon welcomed guests and initiated the formalities.

Welsh requested a moment of silence for Shamore 'Chaddy' Grant and Akeem 'Squidly' Hendricks, participants of this documentary, who lost their lives in senseless gun violence.

After a minute, the film began, transporting the audience from pitch darkness, as they retook their seats, to the streets of Parade Gardens. Rarely does one witness a film viewing so heart wrenching that it brings men to tears. Nonetheless, the gravity of the story in Run Free: The Documentary may equally be attributed to the fact that laughter somehow finds its way back in.

The cast had no prior theatre experience. Ten of its eleven members had never travelled outside of Jamaica.

Yet, with the tutelage of theatre director Brian Johnson and choreographer Liane Williams, they performed to an international full house and received a standing ovation at the Home Away Festival at Tramway in Glasgow, Scotland.

Shattering stereotypes, their accomplishment evidenced that ordinary young Jamaican males are 'men of excellence' and it would transform their entire sense of being on their return to Parade Gardens.

Welsh said, "Everyone deserves these occasional reminders that they're awesome!"

Highlighting that the project had created new opportunities for the young people and community of Parade Gardens, Jacobs-Bonnick noted, "There is no doubt, that Run Free: The Documentary reinforces the fact that creativity and individual freedom can empower and change lives. In the words of Sharmeen Obaid Chinoy, the award-winning Pakistani documentary filmmaker and first artist to co-chair the World Economic Forum annual meeting in Davos in 2017, 'Good art can educate and create empathy, and empathy leads to change.'"

Artist Ishama, said, "If you have any form of prejudice in yu against humanity and yu sit down and watch dat, it must turn something inna yu mind to make yu know that life is about all of us. The youth dem a manifest all that is in their environment, and what these people did for dem, to change their direction, it nuh normal!"

Expressing gratitude to British Council and National Theatre of Scotland for the partnership, Welsh said, "Now that the pilot is done and we have this proof of concept, Team Manifesto JA is ready to welcome new collaborators on board so we can keep Run Free going."

Potential partners and contributors who are interested in supporting the continuation of the Run Free project can email linkup@manifestojamaica.com for more information.