The art of reparatory justice 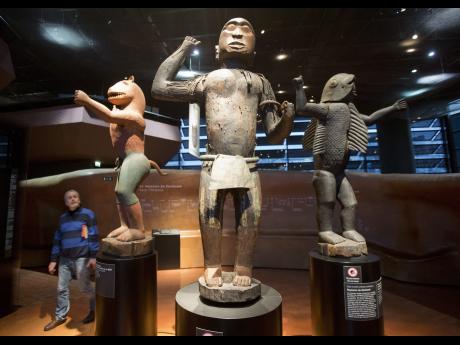 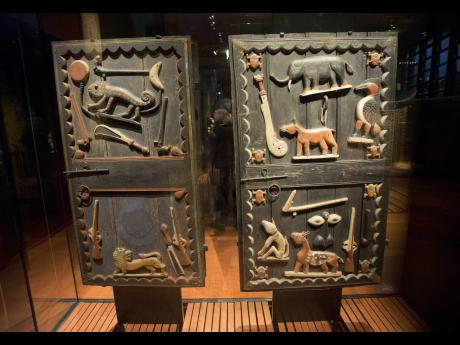 Michel Euler
A wooden door from the palace of King Gele of the Dahomey kingdom, dated 19th century, is displayed at Quai Branly museum in Paris, France.
1
2

Imagine having something precious stolen from you and its return is conditional on your having the correct environment to repossess it. That exactly describes the case of Nigeria. The collection of over 700 works of art called the Benin Bronzes was described by Martin Bailey, senior correspondent for The Art Newspaper, as "arguably the finest works of art that have been created in Sub-Saharan Africa". It was looted by the British in 1897 from the very environment now deemed unsuitable for it.

The Ethiopian government found itself faced with a similar situation. A veritable treasury of ancient jewellery, clothing, and manuscripts called the Magdala Treasures was stolen by the British army in 1868. They hold special religious and cultural significance for Ethiopia, but they are housed at the Victoria and Albert Museum in London. The British have considered a conditional long-term loan of some of these items to Ethiopia.

On December 6, 2018, Senegal opened the world's largest museum of black civilisations. It will display 18,000 works from prehistoric tools to contemporary paintings. Leading up to the launch, Senegal requested the return of all items in French museums that are identified as originating from the country.

On the weekend leading up the 70th Anniversary of the Declaration of the Charter for Human Rights, Angola issued its demand for the return of its art from Portugal, joining the growing list of African nations calling for repatriation of works stolen by former colonial powers. These are seen as more than acts of theft, but an attack on a people's culture and identity.

The treatment of Haitian art and artists provides another perspective from which to view this cultural assault. On June 12, 1987, Eric Pianin, reporting for the Washington Post wrote that "a major collection of 56 Haitian paintings owned by a former aide to deposed president Jean-Claude Duvalier was discovered in a northwest Washington warehouse". They included works by early Haitian masters Hector Hyppolite, Rigaud Benoit, and Philome Obin, which had been insured as part of a travelling exhibit sponsored by the Smithsonian Institution.

Like many of their Jamaican counterparts, Haitian artists languish on the sidewalks never having enjoyed Article 17 - "The Right to Own Property". Their works decorate the walls of the world, illuminating inner lives and enriching emotional worlds. They remain on the receiving end of the most extreme psychological, emotional, and economic brutality in violation of many provisions of the Human Rights Charter. Many have been penalised in ideological wars, starved because they do not support the State, marginalised for upholding the cause and philosophy of the greatest black statesman of all time, The Rt Excellent Marcus Mosiah Garvey.

The #MeToo Movement is an international movement against sexual harassment and assault, with its specific and particular application to female artists. Their stories allow us but a glimpse of the indignities they endure to become part of world history. What do we know of the female artists behind the works of art that have been plundered and undervalued? Can we assess the full extent of the consequence of the disruption of memory, displacement of self, or the psychic disarray?

Discussions about the role of artists as social healers and advocates must include the entitlements of the artists. We must confront the realities of what becomes of the artists when they step out as activists in unjust societies.

Our understanding of their specialness must practically recognise the right of our children to the highest quality of arts education with requisite facilities so that they become artists whose work can advance the cause of human rights.

What, for example, is the entitlement of the Edna Manley College of the Visual and Performing Arts so that it can be equipped to fulfil its mission to train artists who are cognisant of their responsibility to produce art that serves "to advance the welfare of the whole human race"?

This education must be a guide to understanding the links across art, human rights, and reparatory justice. If stolen or underpriced works of art have been the source of income for persons other than the creators or the cultures whose stories they tell, it is fair to say that "reparations due".

George Lamming said, "The central and seminal value of the creative imagination is that it functions as a civilising and a humanising force." We must, therefore, think of our art and culture as a strategic national resource, impacting every aspect of our lives. This, if not the foundation, must be the end product of art for human rights.