A migratory journey of the Bloodline 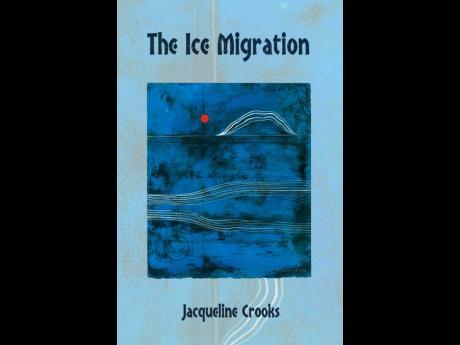 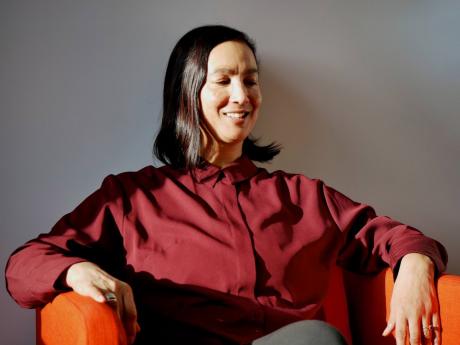 ‘The Ice Migration’ by Jacqueline Crooks is a collection of short stories tracing a family’s migratory patterns over four generations. The reader meets the Indian indentured labour Lula family in Roaring River, Westmoreland, Jamaica, in 1912 and travels with that family line to England in 1963, stays there until 2002, when a fourth-generation Lula, whose name is Tutus, comes back to Roaring River. Tutus, however, goes back and forth between Jamaica and England in the 2000s. The book ends in 1908 – two years after the Lula family came to Jamaica, seeking their fortune and to shake the lower caste they were born into in India.

Although technically a collection of short stories, The Ice Migration is one story about the geographical and societal place and space a family occupies. Crooks chose the short-stories route, which more easily allows for multiple narrators to tell what seems to be an autobiographical story of her family’s history. For most stories, the narrator is omniscient, and for others, it is Tutus.

Off the bat, the collection receives five stars. With a fitting cover, appropriately and beautifully depicting the title, it is a gorgeous book. An engaging read, with moments of fear, suspense, tragic deaths, scandals, tear-jerking, raw emotions, and suspicions, The Ice Migration is a debut book by a writer whose work has received an Arts Council England Individual Artist award and who has great stories and characters to begin with.

The first two lines are phrases, not sentences. While being effective, they were at first, for this critic, a distraction, leaving the question, as to whether the entire book would be cryptic phrases. It, however, was not, thus the potency and effectiveness of the beginning phrases: “Fever hot afternoon. Sweet-sour air of sweat and cane.”

A true snapshot of Caribbean miscegenation, the Lula family is ‘creolised’ when Tutu’s grandfather, Baba, who is the son of Mr and Mrs Lula who came to Roaring River on the SS Ganges from Calcutta, falls for Millie who seems to have African in her lineage. They produce Ruby, who produces Tutus with a mystery man. Baba and Millie, however, do not last, and Ruby marries Mr Miller, who seems predominantly African, and they have children together who are Tutus’ nieces and nephews, who in fact, seem more like her siblings because of the proximity in age.

Marissa, the first child of the Millers, is, however, left in Jamaica with Tutus and Ruby when the couple migrates in 1963. In the mix, we see Marissa being ‘sent for’ and going up to England at 13 to her estranged family, she ends up being taken from whom and placed into a children’s home, where she is molested. As is expected, Marissa resents the parents who migrated and left her to fend for herself in Jamaica until joining them in England at 13.

That is, however, not the only occurrence of child molestation. The migrant Miller family lives in a cramped and clammy building in Southhall (little India), London where Tutus is inveigled into holding ‘the secret’ of Uncle Trevor one night. Uncle Trevor is the boyfriend, then husband of the Barbadian tenant Marjorie, who is a nurse.

Travel to the soul

Crooks’ hand is, however, never heavy, bombastic, or didactic. It is that treatment that makes the collection a page turner. Handled with a skilled writer’s pen, the stories lift from the page and travel to your soul.

We see instances of the struggling migrants’ life, to which many can relate. The social setbacks of being a migrant from the Caribbean in the ’60s; the negatives of being born poor, or in a lower caste; the generational divide or difference in outlook – it is all there. What is also there is that you have to continue. You have to fight to strive, as we see the Millers do, as they eventually move out of the cramped space.

There is one major love story at the centre of this family’s migration tale, and that is the story of Baba Lula and Ruby. Even after losing her to Mr Miller, Baba still sees Ruby as his woman. We also see that even after being married to Mr Miller, Ruby still sees Baba as the love of her life so much so that she requests not to be buried with Mr Miller when she dies. So much so that what seems to be her death scene is one where she meets up back with Baba. Their love story is one of heartbreak. That however is not the only heartbreak for Ruby/Mrs Miller.

She suffers the heartbreak of being hated and rejected by a daughter who thinks she abandoned her.

Another poignant moment is when Tutus comes back to Roaring River in 2002 to see her grandfather, Lula, who was also hoping to see his daughter, Ruby. Upon being given back his mother’s bangles by his granddaughter, who received them from him, Lula says,”But why she send these back to me? I mus’ wait five hundred years for my only daughter to come back to me – in spirit, like a Taino?”

An excellent read, the book has serious near misses, where a mother saves a daughter from a potential rape; it has death – both instances where they seem to be careless mishaps; and it has suspense, intrigue, suspicions of sexual variance, illegitimate children – it has it all.

Preoccupied with tracing and placing, The Ice Migration reminds us of bloodlines and our migratory character as human as it dialogues not only with the Indians who left their homeland for Jamaica at the end of slavery, but also with the Tainos, who migrated here through the Bering Land Bridge (Bering Strait) from Asia ages ago. The forced migration of the Africans to Jamaica is also referenced.

In The Ice Migration, Crooks allows the reader to see the repetition and irony of history, where ancestors migrated from the ice in the past, but in the present, the descendants see the need to migrate to the ice for survival.

- Ann-Margaret Lim is an author and poet. Her collection of poetry, Kingston Buttercup, was among the Bocas Prize 2017 poetry shortlist. Her books are available at Bookophilia, Bookland, and at Amazon and www.peepaltreepress.com. Send feedback to - annyinpin@hotmail.com.