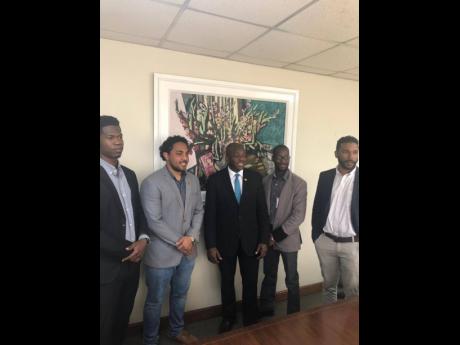 According to Charles, the meeting “focused on a range of issues, including the Government’s renewed approach to tackle tertiary education funding and the impact of youth advocacy.”

In particular, he flagged the Government’s recent increase in the annual allotment of grants to students and the introduction of study loans, which are expected to significantly reduce the balance owed at the end of a student’s academic journey. He also assured the guild presidents that the new information technology system would assist in record keeping and fast-tracking, which would increase the assessment process for student financing.

Charles noted also that the reduction in interest rate to six per cent and the changes in debt calculation where interest rate is paid on the reduced balance, as opposed to the original loan, should result in a reduction of both the debt and interest rate.

He also used the opportunity to remind the youth leaders of the importance of accountability and transparency. At the same time, he extolled the virtues of hard work.