A chance for emerging J’can designers to shine 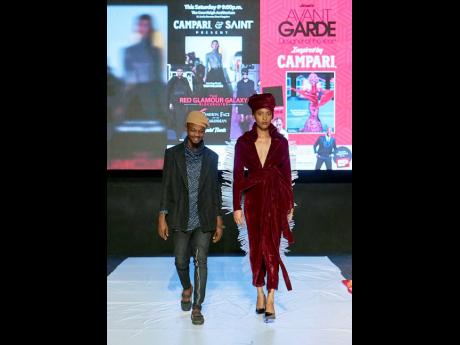 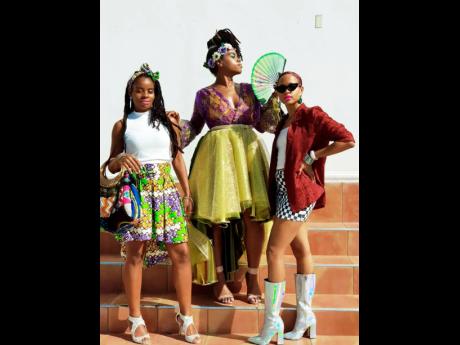 Saint International’s Avant Garde Designer of the Year competition, which gives a chance to Jamaican designers to unveil their out-of-the-box show pieces, is calling on aspiring designers to showcase their talents.

For first-time entrant David Howell, a second-year fashion and textile design student at the Edna Manley College for the Visual and Performing Arts, was urged by his lecturer, Laura Lee Jones, to consider participating.

“I was working on a piece for a photo shoot at the time, so I decided to give it a shot,” he said. “I was most certainly aware of the competition prior to me wanting to be part of it.”

Howell believes that his debut at the Saint competition can give him a great footing on which to start. “I most certainly believe that I can make my mark. My intent is to use my advance pattern cutting and interrogative skills to challenge the current Jamaican fashion narrative.”

Meanwhile, the designing trio of Juven Dunn and sisters Zinnijah and Hannjah Guadelupe, who also are, new entrants in the competition, are thrilled.

“It is an excellent platform for us to introduce ourselves to the fashion cluster of Jamaica,” said Dunn, Campari’s 2018 Female Pop Style contest winner. “We love the idea of creating art by manipulating fabric,” she said.

Vassell said that he is working on his business and exporting plan and is also preparing his spring-summer menswear collection.

“At its heart, the contest was conceived as a platform to challenge local designing talent to be bolder and bigger in their fashion ideas and execute them with attentive precision,” said Deiwght Peters, chief executive officer of Saint. “It was always and remains the intention for us to identify and present emergent designers with a Fantastic opportunity to bring their visions to reality.”

Designers who are interested in competing in SAINT’s 2019 Avant Garde competition, can email saintmodelsjamaica@gmail.com for further information. The deadlines for submissions is Friday, March 15.