Storytelling as a tool for empowerment 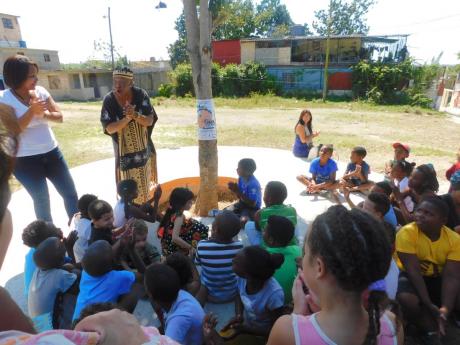 Contributed
Schoolchildren at the inauguration of the Tree of Words. 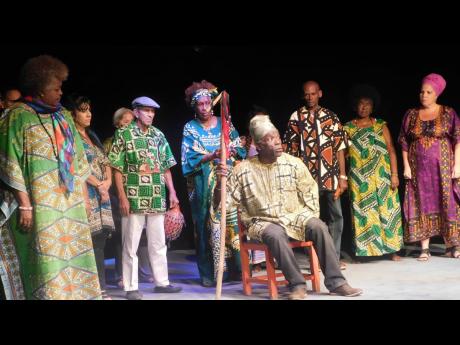 Contributed
Storytellers in Cuba share the stories of the Orishas. 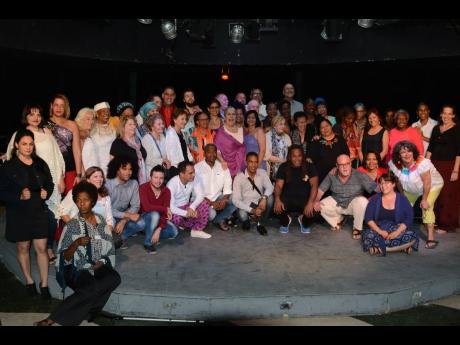 Contributed
Storytellers gather for a group photograph in Cuba.
1
2
3

Imagine storytelling being consciously employed in the fight against drugs. Imagine people leaving their homes in times of natural disasters to sit in the rain under umbrellas or traverse muddy terrain to engage with storytellers. These are some of the riveting experiences shared in workshops at a recent storytelling festival in Cuba, where a storytelling festival is one of the major events marking the 500th anniversary of the City of Havana. The common feature among the fifteen countries invited to participate the deliberate use of traditional stories as vehicles for community building.

Carolina Rueda is a professor of literature and former coordinator of culture at the University de los Andes in Colombia. Aroma Subiria from Peru specialises in children’s literature. I had the honour of joining them on a panel led by Dr Jesús Lozado of Cuba, examining the application of the oral tradition in their respective countries.

At the height of the reign of Pablo Escobar, Carolina Rueda was a university student in a country where, like Jamaica, everyone believes they have heard all the traditional stories there are to hear and in which storytellers appearing at performance events was not uncommon. It occurred to her that there was a need to call the entire country back to the values on which strong communities are maintained.

She organised young storytellers to take traditional stories into the heart of troubled communities with the primary objectives of reclaiming the wisdom of the ancients and making it relevant to contemporary needs.

The long and short of that is not just that the communities could not get enough of the stories but that storytelling is now deliberately taught at university level as a mechanism for social intervention and personal empowerment.

Carolina is a storytelling powerhouse, using traditional stories as well as stories of her own composition to enable conversations that will help remedy gender disparities in a range of areas from the domestic to the political. She facilitates training across Latin America on this application of the oral tradition.

So does Aroma Subiria, who discovered the value of applied storytelling at a time when Peru was struck by an earthquake followed by a flood. She dared to think that persons would want to be consoled in a communal environment and thought that storytelling would be an appropriate vehicle.

She had her naysayers, but the vast majority of the affected communities believed her. Imagine not being able to see the faces of your audience because they were under umbrellas sheltering from the rain, straining to hear stories without the benefit of sound amplification since large enough numbers requiring a public address system had not been anticipated. Now, Aroma performs and conducts storytelling workshops with Vicky Coronada Vallenas with contemporary applications that also showcase traditional Peruvian musical instruments.

Storytelling for an authentic and transformational culture

Dr Jesús Lozado called upon the conference to recognise storytelling as a profession-outlining that it requires special education and training; delivers a specific service to individuals and communities from which the entire nation then benefits; and continues to accrue in value, requiring regular, renewed investment by the storytellers in order to remain current.

Currently, all performers in Cuba are certified in their given disciplines. Certification of actors includes their training in storytelling. The present campaign, however, is for certification of storytellers as discrete and separate from certification as actors.

During the festival, a new community space was opened. At the centre of this space is a tree renamed El Arbol de Las Palabras (Tree of Words), marked as a space for storytelling. Jamaica was given the honour inaugurating the tree, and the first story told at that tree was “Ananse and The Wisdom Calabash”.

Now we need, once again, to run with something for which the world not just salutes us, but is waiting to be instructed by us: the teaching of storytelling as a profession and a tool for empowering individuals and building communities.

We thank the Ministry of Culture, Gender, Entertainment and Sport for facilitating our participation in the Primavera Festival and anticipate the deliberate facilitation of storytelling in the realisation of Goal #1 in Vision 2030, “authentic and transformational culture”.