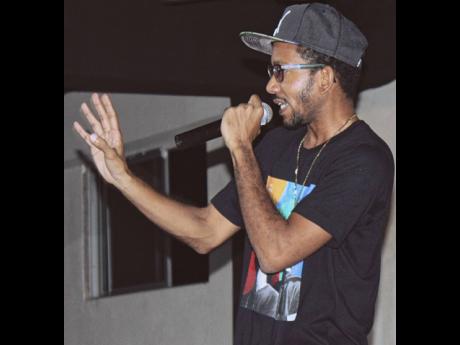 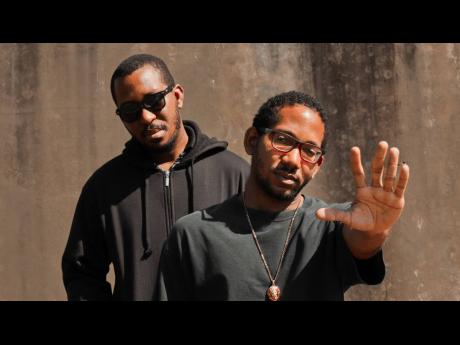 Life, they say, is all about finding that equilibrium, work and pleasure being one key component in the grand scheme of it … and when there happens to be a union of both, it’s like finding one’s Zen on a rock and roll … and in Peter Wright’s case it’s hip hop…

Peter who? Yep, this soft-spoken youth, is more personified by the Five Steez avatar.

This avatar, according to Wright (Steez in the next set of references), was a name he had when he was 16.

Five Steez originated as Five Star or best of the best, but he changed it later as it was the name of a British pop group.

“People were already calling me Steezy, which is actually a slang for style, made popular mostly by Method Man on GZA’s song Shadowboxing and Gang Starr’s You Know My Steez,” he said.

“So Five Steez felt right,” he added. “It also represents the variation in styles.”

This media and communication graduate somewhere along the line has managed to find his equilibrium – expressing his thoughts through hip hop, a genre which he describes as a source of education and inspiration.

Creating music, he says, came as a calling to him.

“I was actually making music while at UWI (University of the West Indies) and even before,” Steez said. “That period was an interesting time though, as that was when I started performing and, naturally, was finding myself more as a person and an artiste. It is something I always wanted to do.”

Again, if we were to give a spiritual reference, Steez was on a quest find his Yin and Yang (a fundamental Chinese concept and philosophy that things exist as inseparable and contradictory opposites, and complement each other. The balance between the two poles must be reached in order to achieve harmony).

There is also balancing his work and performing arts life, as much as music is a passion and gives creative bliss – Steez is cognisant of the fact bills cannot be paid by either passion or creativity – it needs hard currency.

“My advice to any artiste,” Steez said, “or even any entrepreneur, would be to have a solid workable plan if you intend to leave a job to pursue your art as a business.

“And don’t beat yourself up if you fall short,” he added. “You can always bounce back and, in time, you can make it happen.”

Beyond the glitz and glamour, which would be the proverbial tip of the iceberg, being a musician, like any other profession, takes hard work.

“With where I’m at, it’s not much glitz and glamour,” he said. “People see me in the papers, on social media ... they see I’m doing things, but they don’t see the work that leads up to it.”

The hard work, Steez said that he is putting in, would reap rewards. ”There will come a time when I get more press and I’m performing a lot more, but even then, there is always a lot of hard work.”

According to Steez, being an artiste is a viable career option. One has to know the business and be smart about it, or critically, have the right people around to take care of the different facets of the venture – teamwork is dreamwork.

The musical journey, Steez informed, started in 2015 and he took time to craft the right songs, put them together and then strategise the release with a pre- and post-campaign.

Working as a team

He teamworks in tandem to produce the music – from cover art for the singles, album artwork and packaging, visual teasers for social media, music video, etc., and the merchandise CDs in digipaks (packaging for CDs or DVDs, made from cardboard with an internal plastic holder for one or more discs), T-shirts.

Mordecai handles all of the beats, Steez said.

“He had come to me years ago with close to 100 beats, from that, we created HeatRockz, which was released in the summer of 2016,” he said.

After the music was done for the album, they began creating the visual content to match. Each single needed artwork. Some needed visual teasers, short pieces of content to share on social media. And the album packaging would be important as well.

Critically to have one-to-one interactions with the fans, Steez does live performances, which require a lot of sweat equity.

“I’m an organiser and a performer so I sometimes have dual roles on the night of my events,” he said. “As an organiser, you have to ensure everything is right with your venue, sound, lights, your staff and all logistics.”

For Steez, a lot of time goes into rehearsal, as hip hop artiste, he works the stage with a DJ, and they rehearse a unique set for each appearance.

“We plan the order of our songs and how we’re going to deliver them, but we also plan ways we can adjust on the spot if we decide during the performance. I run through each set multiple times to ensure we know the plan by heart and can improvise easily, and also to maintain my own physical and vocal fitness.

As Steez continues on the path to take his musical career to a crescendo, he is grounded enough to understand the depth and extent of life beyond the arc lights, one has to constantly be chasing one’s dreams. As Rev Run once said: “There is no telling how many miles you will have to run while chasing a dream.”

Dream on and work hard to realise those dreams, because dreams are only real when you work towards realising them with your eyes open.