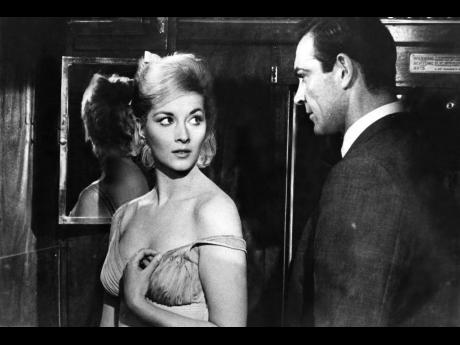 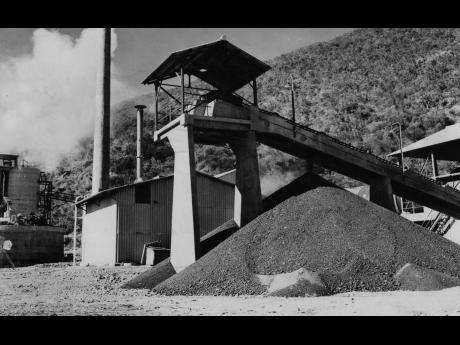 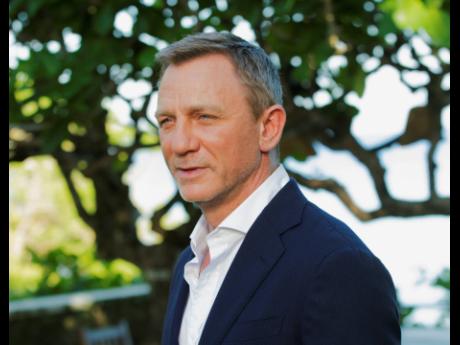 What does the rediscovery of a painting stored away for safe keeping have to do with the Caribbean’s largest cement manufacturer and the famous fictitious spy character James Bond?

Very few people know that one of the founders of The Caribbean Cement Company (Carib Cement) was a Canadian man whose work as a superb World War II spy also inspired British author Ian Fleming to create the James Bond character.

Coincidentally, the first film in the series – Dr. No – included the filming of a hair-raising car chase through Carib Cement’s quarries.

As the 25th James Bond film is now being shot in Jamaica, the story of the man who was the catalyst for the creation of the legendary Bond character is as intriguing as the stories woven by Fleming from Goldeneye, his villa in Oracabessa on Jamaica’s north coast.

Fleming was himself a high-ranking officer in British Naval Intelligence before turning first to journalism and then to writing novels.

When Carib Cement was founded in 1952, one of the key players was Sir William Stephenson, a Canadian-British industrialist who was given the mandate to arrest importation of cement to Jamaica.

Born in Manitoba, Canada, Sir William was a highly decorated fighter pilot in World War I. He was credited with shooting down 26 enemy planes before being captured by the Germans, earning for himself the moniker Intrepid – reportedly from Winston Churchill.

While in the prison camp, William Stephenson gleaned information that led him to invest in a business venture from which he built a fortune, becoming a millionaire before he was 30. He had interests in a range of industries, including the manufacture of radios, phonographs, automobiles, and airplanes and was credited with inventing the first device for sending photographs by radio.

As World War II loomed, William Stephenson, while ­ostensibly pursuing his own business operations in Nazi Germany, discovered that practically the whole of that country’s steel production had been turned over to armament manufacture. It was clear to him that Germany was preparing for war.

According to Charles Howard Ellis, a British intelligence officer, Stephenson began “providing a great deal of information on German rearmament” to Winston Churchill, then an influential member of the British House of Commons.

Churchill became Britain’s prime minister in May 1940. He realised that it would be vitally important to enlist the United States as Britain’s ally.

He sent Stephenson to the United States to make certain arrangements on intelligence ­matters. With America’s entry into the war, he became British ­security coordinator for the Western Hemisphere, serving as a link between Churchill and President Franklin D. Roosevelt. He supervised the training of Americans for intelligence work, operating a spy network that uncovered the activities of German agents and providing valuable information to Washington and London on their movements.

The book 3603 The Story of The British Intelligence Centre in New York During World War II, authored by H. Montgomery Hyde, chronicles the story of Sir William’s contribution to Anglo-American intelligence efforts. In the foreword, which he authored, Ian Fleming noted:

“People often ask me how closely the hero of my thrillers, James Bond, resembles a true, live secret agent. To begin with, James Bond is not in fact a hero but an efficient and not very attractive blunt instrument in the hands of government.

But the man sitting alone now in his study in New York is so much closer to the spy of fiction, and yet so far removed from James Bond or ‘Our Man in Havana’ that only the removal of the cloak of anonymity he has worn since 1940 allows us to ­realise to our astonishment that men of super qualities can exist, and that such men can be super-spies and, by any standard, heroes.

Such a man is … Sir William Stephenson, M.C., D.F.C. He is the man who became one of the great secret agents of the last war, and it would be a foolish person who would argue his credentials.”

Fleming was clearly guided by the notion that the blurring of fact and fiction has great commercial potential.

Establishment of the Caribbean Cement Company was in response to the shortage of cement being experienced as a result of the war and the presence of a large local market. Before the war, cement was shipped from Britain at a cost four times the cost of producing it in Jamaica. Sir William remained as chairman for nearly 20 years.

And so, this is how his portrait ended up being among a small trove of paintings found recently by staff members at the Carib Cement plant in Rockfort, Kingston. They were intrigued not only to have learned about their former chairman and his exploits, but also to discover that the paintings were of very high value because Sir William had sat for the renowned Jamaican painter Barrington Watson. The portrait is being restored.