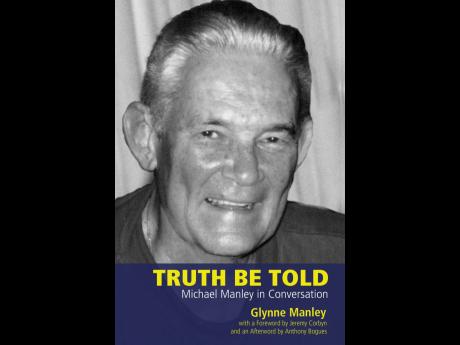 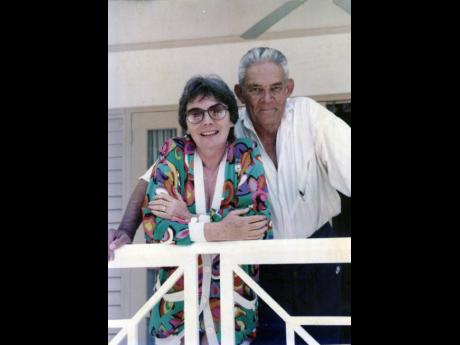 Sunday Gleaner Arts & Education continues with the selected extracts from Truth be Told: Michael Manley in Conversation with Glynne Manley. Here is Part II of never-before seen insight into the life of Jamaica’s former prime minister.

GM: You’ve several times remarked that in the Manley family, there were two true politicians, Mardi and Douglas.

MM: That’s right. Mother was a marvellous politician. She was the generalist. She had a sense of the people and she knew how to use her charm, etc.

GM: She had a sense of the people despite the fact that she was not born in Jamaica?

MM: She really was a helluva gal, you know. I remember how she turned the back of Drumblair into a club and a sports ground. She used to see hundreds of people and helped them to get a house or a job or whatever. She had infinite patience and was honestly a marvellous social worker. That is the fine side of her that helped to form the School of Art and would help all the poorest kids to get in and some great artists came out of that. She was the generalist with the sense of the people.

GM: But you didn’t go to the funerals and the christenings like Douglas?

MM: Nobody ever see me at no funeral. Nor wedding. Nor engagement. Nor nine night. Nor rum shop. No way, no way.

GM: And you were never a politician of ‘benefits’.

GM: I remember you counselling Peter Bunting. His tendency was not to be a pork-barrel politician, but there is a tremendous pressure and precedent set in Jamaica to be the kind of politician who hands out the sardines and the money. You advised him that you don’t have to do that to be a successful MP. That people respond to other things.

MM: Right. Organisation, systems, concern, and that you deal with real problems.

GM: I know the succession of P.J. has gone well, or at least has been publicised as having gone well. Do you think he will be successful?

MM: Because Jamaica has got past the stage where it needs a revolutionary. You know, we have done all that. Bustamante raised the standard of mass protest for money. Dad raised the standard of nationalism and thing and thing. I raised the great battle cry of egalitarianism and social change and when you have done all those things, you now deal with trying to manage it all calmly and pragmatically and sensibly; how to make it all work effectively. P.J. is very good at that. He’s bright and thoughtful. He takes his time. He’s good at gathering a lot of advice and thinking out what he’s to do. As long as Jamaica doesn’t get into a situation that calls for leadership of enormous, almost visceral courage and imagination, P.J. would be the best thing that could be. He’s bright and sensible. He’ll manage intelligently what needs to be done and he will do it honestly and so on. What you don’t know is if Jamaica got into some crisis whether he’d be a good leader then. Possibly not because he’s a very cautious person.

GM: Yes. But who is there to push the party intellectually?

MM: That’s the great problem. It’s not happening. You see the PNP will not serve an historical purpose if it is only a manager of that which is given. The PNP’s historical role has always been the architect of change.

MM: And betterment in the deepest sense. Funnily enough, I think all the socialist world is groping for a new formulation, if you like, a new dispensation, which has to be in the framework of economic reality and through empowerment. That has got to be the thing. It can be just a word or it can be every goddamned thing more than a word if you really believe in it and are creative about it. Right now, if the PNP only manages, in due course it will lose. But worse than lose, it can become less than relevant. Somebody has to be the agent of change. To think about change and betterment; how to do it, inspire towards it, jook and prod and upset people as you achieve it. Somebody has to do that. Right now, the PNP is very much a sedate manager of a set of givens. If the whole political system becomes incapable of renewal through challenge, and I put it that way deliberately, then you’re going to find that the system will begin to lose credibility, lose momentum; young people will have less and less faith in it, and the terrible cynicism which is such a problem in Jamaica today can become entrenched. I don’t know that P.J. will ever be good at that. I don’t think so. His mind does not think that way.

GM: You mentioned the contribution of others, yourself, your Dad and Busta, what positive contribution, if any, has Seaga made?

MM: He came at a very important time. Seaga really tried to put together the outlines of an economic model. The damn trouble with him is that he’s so egocentric and inflexible. One, he’s not creative so that I don’t think he ever saw it in a widely creative sense. I think it was just to run a private sector model that would work. In any case, even there, you know, he has serious weaknesses because he’s so into power himself and so, in many ways conventional as a stateist. He’s a deep believer in the presence of the state which can be argued logically, but in his case I think it comes just as much from his character. Statist control if you happen to be the chief warden of the state and so I think there was a lack of logic there. But, you know, he made a real contribution and projected an image of management and so on which was a political contribution if people believe it.

GM: Did it work for a time?

MM: Well, I suppose you could say it worked in the sense that there was some stabilisation which took place but, on the other hand, I don’t know how far it really worked because the truth is that he played so much politics with the money that he borrowed that he left us with a vast debt that we are still trying to struggle out of. He was very like Reagan in that. Under the illusion of management and right wing this, that and the other, he really was a raw politician and willing to borrow up to the hilt to obscure from the people the price they were paying for particular things which seemed good and popular at the time.

GM: Do you think his political career is dead?

MM: No. I wouldn’t write him off. He has a certain kind of relentlessness, a certain kind of focus that makes him a guy you should never write off easily. I mean, if you look at the next four to five years, unless there is a very substantial upswing in the economy and unless the PNP finds a way to deal with the social services and the crime, etc., and some empowerment for the masses to have faith, you could get a slip in credibility and he could certainly re-emerge as an alternative.