Life adventures of a scientist 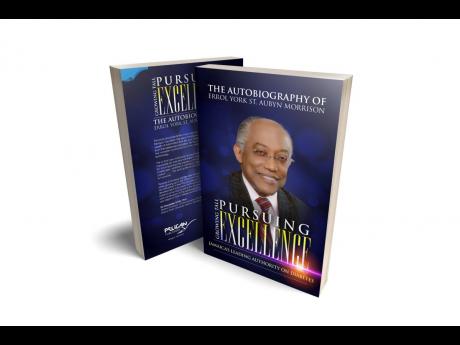 It is rare that you find an intellectual with such humility and humour. Perhaps this is what makes Jamaica’s leading diabetes expert so remarkable on the global stage and what continues to drive him to achieve even more at 73. At an age when most men would be retired and playing golf, Morrison is leading Jamaica’s emergence as a superpower in nutraceuticals, as director general of the National Commission on Science and Technology.

In Growing Tall, Pursuing Excellence he traces his trajectory from growing up in a middle-class family in a small, close-knit community called Eden Gardens in Vineyard Town in delightful anecdotes that capture the sights, sounds, and social upheaval of 1950s Jamaica. He relates his time abroad studying in London and Malta and his travels throughout Europe with such gusto and delight that the reader is caught up in his excitement and yearning to make Jamaica proud and really contribute to the people’s progress.

It is clear that he was keen to grasp the opportunities that life had presented him as a self-confessed ‘nerd’. With his trademark candour, Morrison writes: “My very early years produced nothing remarkable. I was a rather dull child until it was discovered that I had poor eyesight. This [discovery] turned my whole world around and I became an avid reader and academic.”

His voracious appetite for books and his determination to succeed would make him a world authority on diabetes in developing countries. He elaborated the clinical pattern of Phasic Insulin-Dependent Diabetes, which came to be known as Morrison’s Syndrome, and was incorporated by the World Health Organization as a form of malnutrition-related diabetes.

At the World Expo in Germany in 1998, he exhibited a programme for managing diabetes by educating support persons to assist integrally in the day-to-day care of diabetics, which was recognised as a future solution for managing chronic diseases. It has been adapted as the Peer Facilitators Diabetes Programme and is helping to improve the quality of life of diabetics worldwide.

His research on this chronic lifestyle disease took him to countless conferences in dozens of countries, representing Jamaica as one of its top scientists. The journey to get to the pinnacle was long and arduous, though, and he recounts his hectic schedule as a young doctor now starting his own country practice in Buff Bay, Portland, treating patients from as far as St Mary and St Thomas three days a week.

He would also try his hand at coffee farming, which did not quite work out as he would have liked. Through it all, though, Morrison retained an irrepressible sense of humour that makes this book seem more like a travelogue and adventure story rather than the bio of a professor of endocrinology and the former head of department of biochemistry at UWI.

Morrison’s many global accolades include being the honorary consul of the Republic of Namibia to Jamaica; membership of the advisory editorial boards of the International Journal of Food Sciences and Nutrition (headquartered at Oxford Brookes University in the UK), the International Diabetes Federation Bulletin (Belgium), and the Journal of the National Medical Association in the US.

A who’s who in medical and scientific Jamaica, the book is liberally seasoned with vignettes about his collaborations and encounters with other famous Jamaicans such as Dr Henry Lowe, with whom he has worked closely on research into guinea hen weed, cannabis, and other local plants. Indeed, Lowe’s resort and nutraceuticals company is named after Morrison’s childhood neighbourhood, Eden Gardens.

The two have published books on local medicinal herbs, including ganja. Indeed, many in the medical and scientific community will be intrigued as to who makes a cameo appearance in this fascinating chronicle that takes us into the labs of the UWI campus and the Scientific Research Council and the president’s office at UTech, which Morrison graced from 2007 to 2014.

A recipient of the Order of Jamaica, Morrison shows no signs of slowing down. In ‘My Last Hurrah’, he outlines an ambitious vision to take Jamaica’s herbs to the next level and create a national nutraceutical industry that will transform Jamaica’s economy. With plans to set up a research centre, a naturopathic school of medicine, vast acreages of biomass according to best agricultural practices and an export industry, Morrison is set to grow even taller in his twilight years.