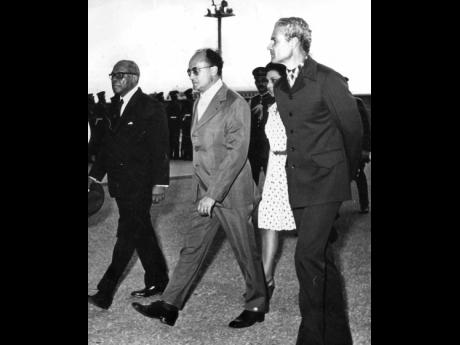 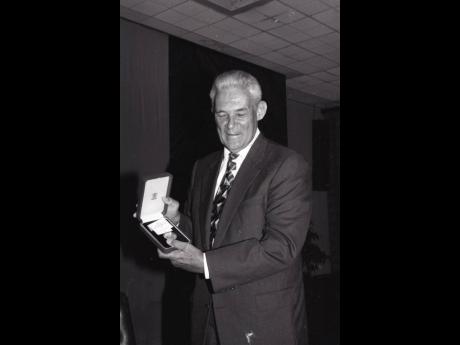 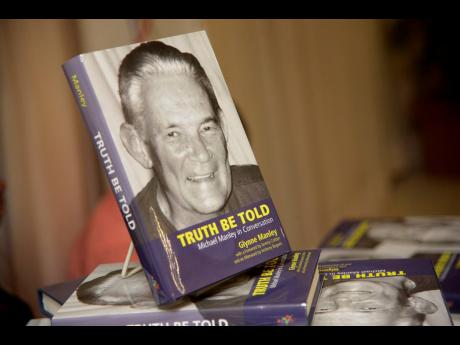 Truth be Told: Michael Manley in Conversation with Glynne Manley

GM: You are approximately two and a quarter years into retirement and right now you are relaxing. How are you finding retirement overall?

MM: Marvellous. In fact, it makes me chuckle so much I find it too hard to answer. Really am loving retirement. That is the truth. For so many reasons, but most importantly because it takes me out of the realm of compulsion. I know you know what I mean by that. Things that you do because they come with the turf which you may dislike. There was much about politics that I disliked. Or things you may dread like the terrible feeling of guilt every time somebody dies – I’ve told you this before. You always wonder what could I have done to prevent that and have a country where that person would not get killed. All those things are now off my plate. One is free to respond out of humanity, which is part of you as a citizen and not out of the compulsion of either responsibility or the sense of guilt that comes from responsibility. But I find that unlike the sorts of illusions that people can cherish about retirement, that it is nothing to do with idleness. I find myself full of energy and things that I want to do and therefore the activity is nuff – plenty, but it is mostly activity that I greatly enjoy. I get great satisfaction out of doing what I’m now doing.

GM: And it’s paced as you wish it.

MM: Paced as I wish. And don’t ever knock the time you have to finally explore a starved part of one’s personal experience and that is just being a family man. This is a joy! Both in the marriage itself, in the children and having the time to be with them and to spend time on their problems and not have to worry about getting late for an appointment with some ambassador or a critical meeting at Jamaica House. You would really want to spend more time on the problem but I can’t turn up late. Now, if I want to spend a long time with any of my kids, you can spend as much time as is needed and you can be focused on them. All sorts of things. Brent is great fun. I like watching this kid grow and begin to get to know my own grandchildren.

GM: There are some people within the PNP who expected and perhaps demanded that you retire and keep yourself quiet. In recent times you have spoken out about constitutional reform and education, not in a critical sense, but as a concerned citizen. Some are taking your speaking on these matters as a criticism of Patterson’s leadership. How do you respond?

MM: I respond precisely that for all of the early part, I think certainly for the first year, I made a tremendous effort not to do just that. Not because that was how I defined retirement for myself, but because I really wanted to give space and, you know, leave a designed void which another person could fill. But I would respond as follows. I’m not capable of being mute on national issues in the sense that, as I wrote in a letter to somebody the other day, I do not regard retirement as carrying the obligation to become a Trappist monk with a vow of silence. You know, I just don’t think I’m capable of that. Nor do I think that is a good thing. After all, I do have a pretty enormous experience in public life generally and of society. This experience comes against a background of intellectual preparation as well as existential exposure. So, more recently, having given them first, shall we say, space to establish themselves, I feel to speak out when I feel to speak out. But I’ll add that I have never responded well to being treated with vulgarity. I think I have been treated with gross vulgarity in the sense that a whole group of a leadership has chosen to treat me as if I died. Worse, as if I didn’t ever exist. The only thing that was missing was the burial and the honour that comes with death and the freedom for the historians to interpret you. They just decided I didn’t exist.

GM: Why did you retire from politics when you were still prime minister in your third term?

MM: All sorts of reasons. The most important reason is that…how can I put it? I’m not a person for whom power, as such, has ever had any attraction at all. Nor am I a person who has some sort of conviction that I can run a government better than anybody else. I’m sure there are lots of people who can do that better than I can. I’m a person who works off a passion to do something. It may be right or wrong, but it’s a passion or a deep conviction. Now, first of all, I had never intended to die in office. I always knew that I did not want to get trapped like my Dad, who retired too late. I think they talked him into staying too long. But you know, you have to set the example that when a leader’s clock begins to run down, he must make room. By that I mean a clock that relates both to himself and to a nation and its society. He must be able to remain as a source of newness and inspiration. And nations develop a mature politics if it is understood that the old guard must pass and the new guard must take over. There must be change. Some countries do it by putting limits on how long you can stay in office. I mean, in America, it’s two terms. In Venezuela and Honduras, it’s one term. They built this limit into the Constitution and they are damn smart. It’s a very wise thing to do.

I always had a picture in my mind that a time must come when I’d retire. That time came to me particularly when I realised that the enormous investment of my faith and passion in social change in Jamaica had accomplished some very important things, but they had also been founded on a strategic error about how an economy can function. It was a very long and painful process to rethink how I could serve the ideals of social change, egalitarianism and social justice in a context of an economy that worked.

I finally came to certain conclusions about how that might happen and set out on a journey to try to see if I could pull Jamaica out from the brink of political violence. Could I, by something that I did, help create a cementing civility in [the] Jamaican political process so that while it remained vigorous, it would not end up in hating and killing people? Next, could I play a critical part in the creation of a consensus in Jamaica about an essential economic strategy? From there, could there be an emphasis in social management and the development of new social opportunities for people? I came to the conclusion that something that Laski said from the start was right, which was that a democracy can’t survive if it is fundamentally divided.

Democracies have to survive because there is some broad consensus so that politics becomes a battle about details and not about fundamentals. All this came back into my head as a sort of bottom line wisdom. So these were things I wanted to do. Rightly or wrongly I thought I might be the only person in Jamaica who could do them with whatever remained of my stature and reputation and mass love or appeal. So, I set my mind to try and get a whole new logic into the Jamaican political process that had a lot to do with economics; a lot to do with the process itself being less harsh and viscous and antagonistic. If I could get all that in place, that would be as much as I really wanted to do. I really wouldn’t have any particular desire to then stay on after that.

GM: You entered the 1989 election knowing that you would not fight another election, am I right?

MM: Oh, yes. In fact, let us put it on the record once and for all. In the middle ’80s, I called the officers of the People’s National Party to Washington Close and we sat around the dining room table. I said, ‘Look, I have made a basic decision that I will contest one more election and that’s it. I will not contest another one after that. Therefore, whether we win or lose the next election, somewhere in the middle of that first term I’m coming out of politics. If you feel that you need a leader to take you to two elections tell me now and no hard feelings. Let me go. If you know that this is an iron condition that I’m laying down and that it is not negotiable and you are sure that you still want me to lead you, I will be privileged to do so.’ The usual few began to argue about why I had to make such a decision at that time. I replied that there was to be no argument about this. That was my decision. Their decision was to either let me go now or say they would accept on my conditions.

GM: How big a factor was your ill health in making the decision?

MM: Well, funnily enough, those decisions had been taken by me even before I ran into the worst of the health problems. Health really was not the reason. The effect of the health was almost to confirm to me how wise my decision had been. The truth is that after that whole madness of the 1980s, and the bad health ending up in 1990 with the pseudomonas and prostate cancer, I no longer had the capacity for the sustained work that I used to. I got tired easily. I found that I couldn’t stand the 16-hour days any longer. I found also that I could no longer wind myself up to deal with the public meetings and the masses, and all the other things that are part of politics, which I never liked very much anyway. But, you know, if it comes with the job, you have to do it and then you do it well. I think I did that part damn well and probably better than anybody else in Jamaican politics. But this time around I found I just couldn’t psyche myself up to it. I didn’t believe in it. Once I took the 1980 defeat, there is nothing, no sign of mass affection or crowd frenzy that could ever make me forget the fact that when the electorate is ready to turn around and spew you out, they do.

GM: Was there an element of boredom in the job of leadership?

MM: Oh, terrible. All that trivial side of politics bored me to tears. But not the basic challenges such as the challenge of liberalisation, which may yet go down as my most enduring monument. This was me at my best as a politician.

GM: To sell the idea to the Party?

MM: The Party and the nation. Nobody else in Jamaican political history could have put it all together. I tell you that in all honesty. I can’t bother with any false modesty over this. Between you and me, that was me at my creative best. Thinking out the logic and having the courage to do the tough, totally uncompromising things. Then to work out how to make it all stick.