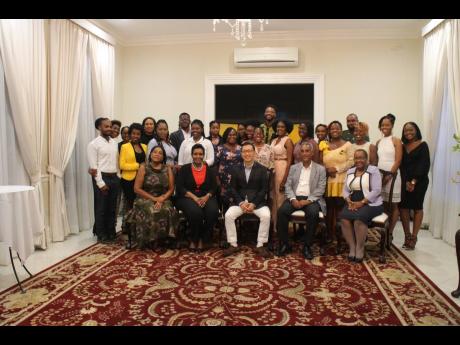 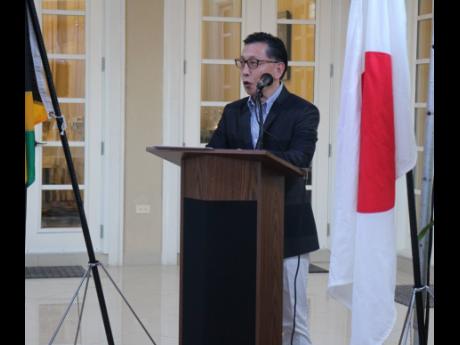 Haruna Higa/ Embassy of Japan
Hiromasa Yamazaki, ambassador of Japan to Jamaica, addressing the participants of the 2019 JET programme at a farewell reception hosted at his residence on July 11. 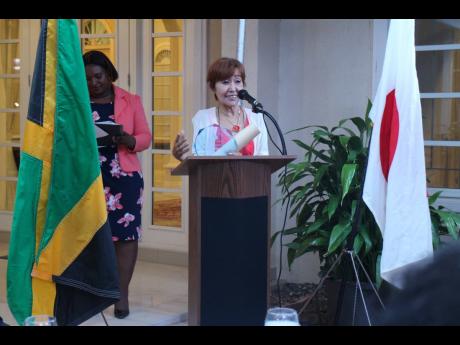 Haruna Higa/ Embassy of Japan
Tomoko Uemura, lecturer of Japanese, at the University of Technology, Jamaica, speaks at a send-off reception for 2019 JET Programme participants. At the back is Karen Bailey-Coleman.
1
2
3

“You are going to Japan at a very historic time,” said Hiromasa Yamazaki, ambassador of Japan to Jamaica, to the 23 JET (Japan Exchange and Teaching) Programme cohort members on July 11 at his residence in Kingston.

“It is the dawn of the new imperial era – Reiwa, which means beautiful harmony.”

Ambassador Yamazaki’s words, though symbolic, sent a pertinent message to the new JET cohort as they would travel to the Land of the Rising Sun, and for most, it would be a 180 degree transition, and most definitely a cultural shock. From the pace of life to the cultural practices might seem like idiosyncrasies of the Oriental to the citizens of the Occidental.

On May 1, Japanese Emperor Akihito abdicated the throne. His son, Crown Prince Naruhito, ushering in the new era. This transition was from the Heisei (pronounced “hey-say”) period, meaning “achieving peace,” in which Emperor Akihito ruled.

Reiwa would be the key to their adaptation, appreciation, and amalgamation of the oft-varied practices of the people in the two hemispheres.

For them, there is a job to be done – as cultural ambassadors of Jamaica to Japan; live and work in the communities where they have been assigned to serve; bridge the gaps of language, customs, and way of life; create memories; and look at the JET experience as an opportunity to broaden their perspective of world.

“You are a great set of teachers, and I am sure all of you will be able to impart valuable education to the children, and I am sure you are going to learn new things as well,” he said.

For Marsha Dennie, president of the Jamaica JET Alumni Association (JJETAA), it was a mix of “good and bad” experiences.

“I sang Karoke (I can’t sing to save my life), rode a bicycle, fell down, and danced (again I can’t dance …),” Dennie said, recounting her out-of-the-classroom ‘adventures’, adding that the mix of these encounters made her to appreciate totally different way of life.

Experiences of a lifetime

Japan teaches one patience, reliance, humility, and attention to detail that inculcates the culture of hard work – experiences that would last for a lifetime.

“We are the best,” said Karen Bailey-Coleman, JET alumni and the master of ceremonies, referring to Jamaicans who have gone to Japan and excelled. “You will do well, whatever the circumstances that are presented to you.”

Bailey-Coleman, who was assigned to Kobe, said that living and working there presented opportunities to meet individuals who had positive influences on her life.

It is a two-way street as the JET programme participants teach English as a foreign language in Japanese schools. They would also be leaving lifelong memories of their own culture, practices, and cuisine among the people they work with and in the communities in which they live in.

The JET programme began in Jamaica in 2000. Since then, over 400 Jamaicans have gone to Japan on the programme.

Among the 54 countries that participate in the programme, Jamaica is ranked seventh has sent the most participants. Currently, 114 Jamaicans are teaching in Japan.

The applications for the JET programme are scheduled to open in September 2019. More information can be had from – https://www.facebook.com/JapanEmbJamaica/