Truth be Told – Michael Manley in Conversation with Glynne Manley 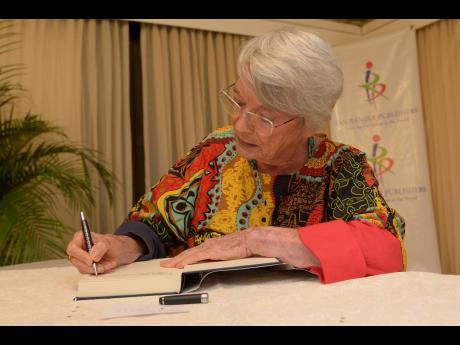 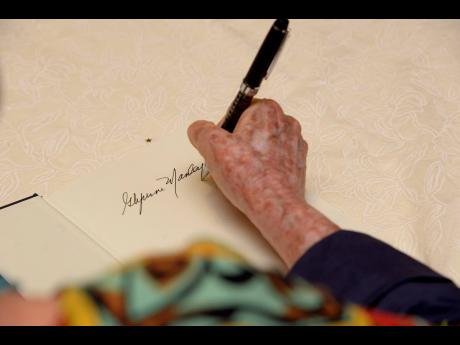 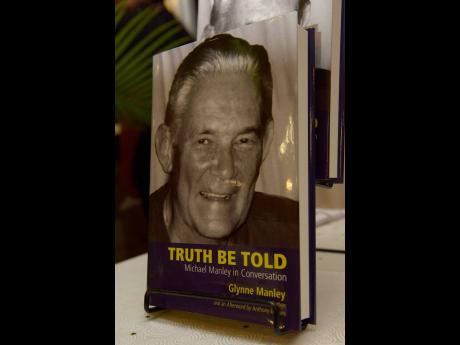 This week, we present the fourth and final instalment of the extract from ‘Truth be Told: Michael Manley in Conversation’ by Glynne Manley.

GM: Just to complete this small portrait of Horace Clarke, is it true that you were the one who brought him into politics?

MM: Yes, I was. I met him in New York through George Campbell’s sister, Anna. I took a great liking to him. I still like him. I’m very fond of him. You know, he’s tough and pragmatic and non-ideological, but in his laid back way, he gets things done. He’s a marvellous constituency representative. For all these reasons I was very upset that the Shell crisis required, to my mind, such drastic action.

GM: You still feel it was the right thing to have done?

MM: Oh, I have not a scintilla of doubt that it was the right thing to do and for a very deep set of reasons that go quite beyond the particular circumstance. I felt very deeply that one of the ­problems of Jamaican politics is that, because it is a small island and friendly and sometimes tribal, we are lacking in developing a tradition of ­accountability. We have no tradition which demands that if you make a certain mistake there must be a consequence. The Shell case truthfully caused me great personal distress for many complex reasons, but most of all because these ministers were my colleagues with whom I had been through many years of struggle. But, I never wavered in an inner certainty that you can’t let that level of error pass and just be ‘club members’. You not only owe the country, but you owe the process of moving towards a mature political system, more than that. That is why I did not ever waver in the position that what happened was not acceptable.

GM: How do you feel now that he’s back in ministerial position?

MM: I really don’t have any particular feeling about it. I did what I had to do in removing him from the Cabinet, and I did not give him another job as a cover. He was removed in an act of responsible authority for all to see that lesson for what it was worth. I was succeeded by another leader who, I understand, was subjected to deep resentment by not putting him back. In fact, it was not until two things happened that he was returned as a vice-president of the party. Rightly or wrongly, there was one type of democratic statement of forgiveness, or approval. Then he was returned with a huge majority in his constituency in an election. The newly elected prime minster at that stage felt he could then bring him back into the Cabinet. I can’t fault P.J. He really had to cross two hurdles. I remember talking to P.J. about all this, and he said he did not want to keep Horace out of ministerial responsibility forever, but there was, in a sense, the need to re-earn his spurs. Horace had to pass a series of democratic processes that, in a sense, re-legitimised him. And he did.

GM: But that is the political side of P.J. at work. Is the party/Government so short of performers that he found it necessary to have him back so quickly? Was he that good a minister?

MM: Frankly, no. I mean, he’s good, but I couldn’t honestly say he was exceptional.

GM: So he was returned for political reasons to appease an element within the party?

MM: I can’t say that. You’ll have to ask P.J. Horace is a great friend, supporter and champion of P.J., and I suppose that must be a factor. But to try to sum it all up in quite as simple a way as that, I really would not wish to comment.

GM: Just prior to your retirement, there was talk of a sort of black nationalist group forming who openly suggested that it was time for you to go. Since your retirement and P.J.’s coming to power, has there been an obvious advancement of this same group and the sentiment? Have you had dealings with them?

MM: Well, that’s two separate questions. One, yes, I’ve had dealings with some of them, and again, I must say, I cannot fault them, either. I was dealing with them in matters for the Foundation for the Arts and the National Gallery in relation to Thames Water in their attempts to form a joint venture with the National Water Authority and in my discussions regarding the possibility of a regional airline.

GM: Were you upset or hurt by it?

MM: I’m very secure in my own huge mass relationship with the blackest of the black and the poorest of the poor at levels they will never understand and never penetrate once you take the skin identity away. Perhaps it was just arrogance that I never really got upset by that. However, as you know, I’m learning to deal with the things that have upset me and trying to become philosophical over them. There is an instinct for the ungenerous, and in the pursuit of an instinct for the ungenerous, some people are willing to take grave liberties with history. I’m going to give you one example of the sort of thing that does hurt me. Perhaps it is not worthy that it hurts me, and it is perhaps only my vanity and egotism why it hurts me. Meaculpa to all of that. But there has been a studious attempt, you might say, to write me out of history.

It has become unpopular to acknowledge [the] progress that I struggled for and put my lifeblood into during my career. This new group talks as if I never lived and P.J. is a direct descendant from N.W. They are dealing with some things that were my life’s work. Now, it is one thing not to give acknowledgment. That’s ungenerous. But it is also stupid because people know what they know. You should also recognise that you are not always going to be as popular as you are at a given moment, and if you try to make the history of your political movement begin with you, then you better make sure your stocks are very high all the time.

To behave in this way means you are depriving the movement of its historical oxygen, which I don’t think is very bright. And it is also hurtful to me even if I understand that it merely reflects a lack of security whereby you feel compelled to, as the current phrase goes, ‘big up’ yourself. In other cases, it’s almost worse than that. I will not take refuge in false modesty. I am the first and incomparably the most consistent and effective political leader of the English-speaking political process to begin to consciously build the bridges between the English and particularly the Spanish hemispheres. It goes back to work that I did as a trade unionist.

It goes to a first definitive article that I wrote in 1969 that was published in the [American] journal Foreign Affairs. This regional commitment has been consistent in my manner of speaking, of teaching, of writing all through the years. It was backed up in a thousand acts as prime minister while I was being blasted [in] Jamaica about ego-tripping and wasting time and money abroad. I pulled a set of colleagues together who at first didn’t even begin to understand the concept. They didn’t fight me but began with neither interest nor support. All this work has led to our contribution in the forming of the Association of Caribbean States and the tremendous relations currently enjoyed with Mexico and Venezuela. Because of all this, I was the first English-speaking person to be invited to sit on the Rio Group of all the presidents of Latin America. It’s been a lonely road and a road that has never won me a Jamaican vote. It’s been a road that brought me nothing personally. It is one of the cases where deep in your guts, there is a passion and a conviction that historically this is right and that you must work for it whatever the cost and without counting advantage in your prospects. When I see that group go now and make the big toasts and extend self-congratulations, I can’t believe it. A whole lifetime of international work was dismissed as if it never happened.

GM: You must have a sense of history, though, and your part in it. Do you feel that history will be kind to you?

MM: Well, I think it will be like the curate’s egg. You know, good in spots. I will probably get a lot of recognition for things like raising the consciousness in Jamaica. I think that history will be very divided and controversial about what they call my ‘conversion’ from being a rather statist democratic socialist to an empowerment market man. A lot of traditional thinking got blown out the window by what they see as the turn around. People don’t easily accept my evolution, either, because they don’t easily understand or accept empowerment as a substitute for statism.

Statism was for so long so fundamental to socialists, it was almost a mythology. For someone to suggest that there is another way to empowerment using the state as a catalyst, an enabler, a controller, where the state is in control of many, many things but not operating as the direct functioning agent, is not easy for people to accept. It was not an easy concept for me to accept, either.

GM: I know. That took you many years of thought and struggle.

MM: And a lot of uncomfortable moments with myself just hoping to God that the new thrust was right. But in the end, I became totally convinced it is right.

GM: You must have left office feeling that Jamaica was at last on the right road for these times.

MM: I felt absolutely sure that the economic road was right but that it would be difficult to manage. All economic roads are extremely difficult to manage. I also felt strongly that we had taken the fundamental steps down the right economic path, which then had a helluva lot of ‘matters arising’ to keep on track, and that the skeleton of the right approach in the social, democratic and empowerment agendas was in place.

But, again, they were without the dramatic clarity that had been attached to the market move. The audience that was so surprised by the market move wouldn’t listen to the social democratic empowerment agenda. Even in my own party it was difficult to get the most intelligent and conscious ones to listen and understand. So I have an uneasy feeling that it will all end up as tragedy if the empowerment agenda is not rescued and driven.

‘Truth be Told: Michael Manley in Conversation is available through www.ianrandlepublishers.com.