Letters from Laura | Toronto, what an exciting multicultural city! 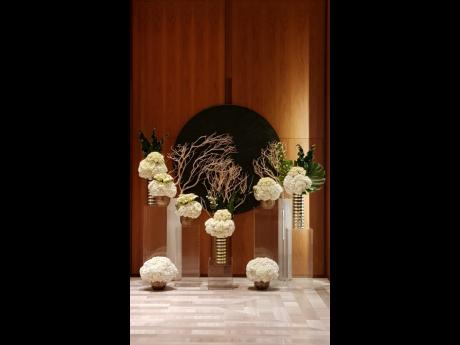 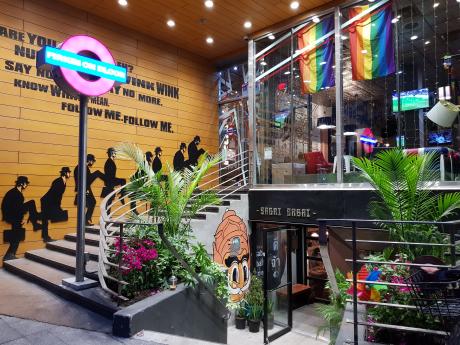 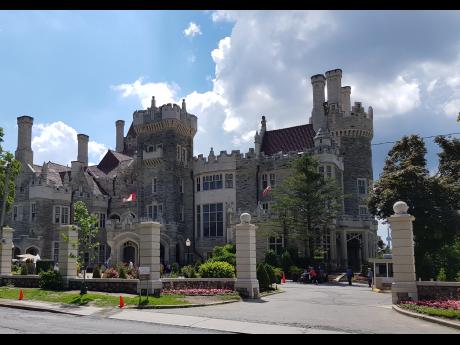 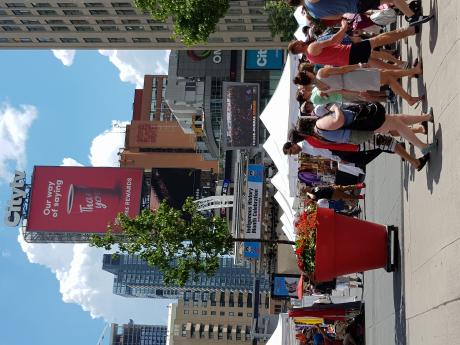 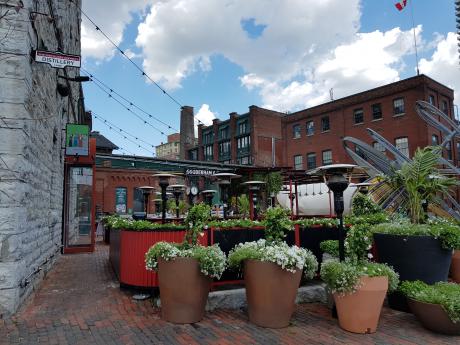 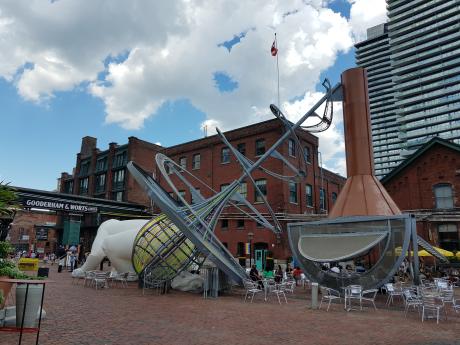 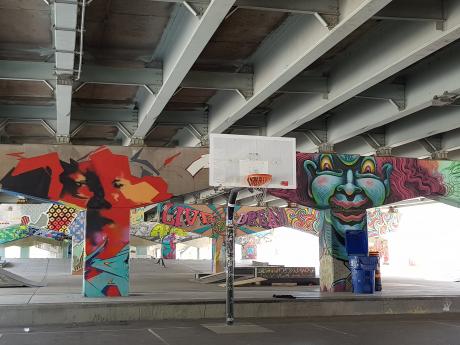 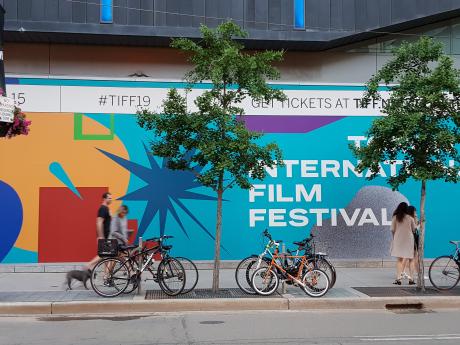 We hadn’t been to Toronto for 23 years and wanted to see our good friend, bridge champion Sami Kehela, so we decided to visit the city Sami calls home. He is Canadian by way of Iraq, India, Jamaica, and California. See what I mean about multiculturalism?

Since my husband and I would be celebrating our 49th wedding anniversary, we decided to splurge and stay at the Four Seasons Hotel in Yorkville. I cannot recommend it highly enough. Apparently, film stars stay there during the annual Toronto International Film Festival (TIFF) each fall. When I ran into some tall young men in the elevator I asked if they were basketball players, only to discover that the Kansas City Royals had just been whipped by the Toronto Blue Jays. Who knew baseball players were so tall? The Rolling Stones, recently stranded in New Orleans, thanks to Tropical Storm Barry, were kicking off their tour just an hour outside of Toronto, so the hotel was humming with activity.

Early-morning swims in the pool were delightful, but the best part was breakfast at Café Boulud, where the menu “is inspired by Chef Daniel’s family’s meals in Lyon”.

The huge croissants were to die for. Truly better than any, even in France! So imagine my horror when Café Boulud ran out of them before our breakfast the next day. My disappointment was so grave that only the very handsome assistant manager, Eliott Brodin, was able to assuage my wrath. Conversation in French with this charming Parisian and a constant supply of croissants for the rest of our stay did wonders for the hotel’s reputation.

Craving Thai food our first night, Rachel Shamir, the concierge, reserved us a table at nearby SabaiSabai, 81 Bloor St East, which was absolutely rocking, filled with young, multiracial couples. We snagged the last table at 8 p.m. Loud music, lots of conversation and moderately priced good food had us agreeing that there was nothing like this in Kingston. It was a bit of a shock to notice that we were the oldest people in the place.

Next day, I visited the Aga Khan Museum, an architecturally exciting building designed by Fumihiko Maki with a permanent collection revealing the diversity of Islamic art from China, Africa, the Middle East, and Spain. Their temporary exhibition, ‘We All Share One Moon’, to honour the 50th anniversary of man’s walk on the moon, also emphasised the museum’s mission of connecting cultures through the arts. On the outskirts of Toronto at 77 Wynford Dr, this place is a gem worth visiting. Dinner was equally enjoyable at La Fenice Ristorante, 319 King Street, in the entertainment district. Reputed to be the most authentic Italian restaurant in Toronto, the décor wasn’t fancy, but the food delicious.

To celebrate our special day, we hired Nick The Greek from Graystone Limousines to give us a tour of the city. This started with Casa Loma, 1 Austin Terrace, ‘the house on the hill’, actually an Edwardian-style castle built in 1914 by Sir Henry Pellatt, who brought electricity to Toronto. Designed by E.J. Lennox, this is a great tourist attraction with busloads of people arriving to walk through numerous extravagantly decorated rooms and lavish gardens.

The iconic symbol of Toronto

Ripley’s Aquarium of Canada has some 50 exhibitions and a 315-foot underwater viewing tunnel, right at the foot of the CN Tower, the iconic symbol of Toronto from which one can have dizzying views. Portugal Town, sporting colourful wall murals and funky sidewalk food shops – even a tree growing out of junked car – made me think the hippies of Berkeley are alive and well in Toronto. Of course, there’s a gay-and-lesbian area along Church Street.

If it’s shopping you want, CF Toronto Eaton Centre opened in 1977 as an upscale mall comprising over 230 stores, restaurants, and cafés. With an entrance at 220 Yonge Street, you’re not far from Yonge-Dundas Square – once a not-so-nice part of the city, it has been transformed with 22 fountains into an event centre. On our visit in June, they were celebrating Indigenous History Month. Dundas Street and Spadina Avenue lead to the sprawling Chinatown area with a multitude of shops and restaurants.

Our tour took us to Distillery Historic District and its cobblestone streets for pedestrian-only walks by the Victorian industrial architecture. The Gooderham and Worts distillery, the largest in the world, operated on this 13-acre site until 1990 when the area became a centre for art galleries, coffee houses, bars, cafés, shops and the Young Centre for the Performing Arts, where Soulpepper Theatre Company performs. We ended our tour in the Cannery neighbourhood, where kids play basketball beneath the highway whose cement arches are now gloriously colourful wall murals.

That evening, acclaimed Jamaican writer Olive Senior joined us for dinner at Scaramouche, 1 Benvenuto Place, one of Toronto’s finest restaurants which has a popular pasta bar off to the side.

Immediately, Sami quoted from Rafael Sabatini’s novel Scaramouche: “He was born with the gift of laughter and a sense that the world was mad.” The service and meal were superb, and the company even better! Olive gave us a copy of her latest book, Boonoonoonos Hair! currently being launched in Jamaica.

The next day, I visited the Art Gallery of Ontario, displaying impressive Canadian and international paintings, and another day the Royal Ontario Museum with its incredible Michael Lee-Chin Crystal wing, which needs an article of its own. I never got to the Gardiner Museum of Ceramic Art, nor the highly recommended Bata Shoe Museum.

Many visitors take the day tour to Niagara Falls, just two hours away, but I haven’t even scratched the surface of activities in the Greater Toronto Area, which has a population of almost six million people. The main thing to remember is to visit in the summer because it gets bitterly cold in the winter.