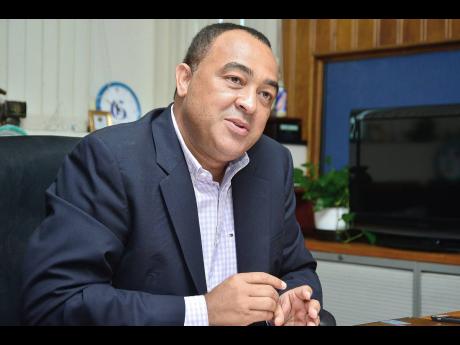 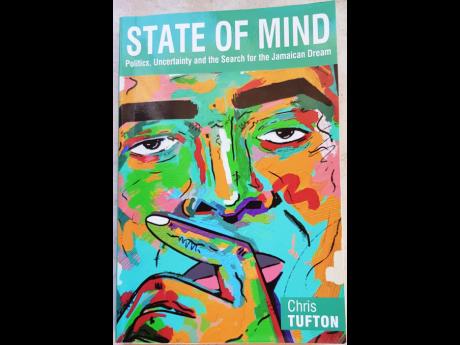 In the 75 years since Jamaica attained Universal Adult Suffrage in 1944, it has been quite rare for our political representatives and leaders to share detailed reflections on their lives and time in public service. The memoirs written by our politicians have, indeed, been very few, unlike their counterparts in countries such as the United States and Britain.

For one to be written by a politician in mid-career is an even more unusual occurrence in Jamaica. There are inherent risks in our political culture related to speaking frankly about your colleagues while still needing to co-exist with them in government and party.

Chris Tufton has done just that in his memoir, State of Mind: Politics, Uncertainty and the Search for the Jamaican Dream.

Those sensitive issues are, admittedly, treated with a light touch and without rancour though, the narrative moving along at an easy clip, not dwelling on a single subject too long. His relationship with Andrew Holness, currently prime minister of Jamaica and Leader of the governing Jamaica Labour Party, is spotlighted as he recounts events relating to Audley Shaw’s challenge to Holness for the leadership of the JLP in 2013 and the subsequent loss and then recovery of his place in the Senate. Then there were the obstacles he had to overcome in order to return to the House of Representatives via the St Catherine West Central seat in the 2016 general election.

Tufton shares important insights regarding the dual challenges of effectively representing the interests of a constituency while also running a ministry, some of the policies of which could place you at odds with your constituents. How one such decision point might have affected his fortunes in the constituency of St Elizabeth South West in the 2011 election, which he lost by 13 votes, is given due exposure.

One of the more intriguing chapters of the book details the rise and then virtual collapse of the National Democratic Movement (NDM), arguably Jamaica’s most significant third party since Independence. It was on the platform of the NDM, founded in 1995 by Bruce Golding, who had broken with the JLP, that Tufton first came to national attention. For the significance of its short-term impact on the country’s political culture and history, the NDM merits detailed treatment in separate volumes, but he has at least begun the necessary process of reflection, giving the reader an insider’s perspective.

Tufton’s memoir is not all about politics and policy however, as he unselfconsciously pulls back the curtain on his personal life, sharing the circumstances of his birth in a humble family setting in Manchester and the idyllic early growing-up years when “we didn’t know we were poor.”

He writes of the impact of family, friends, and teachers in primary school and at Manchester High School, the institution that he describes as one of “the two most important influences on my life and the person I have become”, the other being his mother.

There are echoes of the life of perhaps the most famous son of Jamaica in Tufton’s own story. Like Bob Marley, he was born to a poor, black Jamaican mother and a white British father who played no part in his life beyond conception.

Contradictory perceptions of privilege and class are in sharp conflict with his family’s reality because of the one obvious legacy of his father’s role in his existence: his light-brown complexion. He shares with the reader his state of mind as he searches sporadically for that absent father and eventually resolves most if not all of those internal conflicts. In that regard, you see not the public figure, the academic and businessman-turned-cabinet-minister, but simply a fellow traveller who, like so many others, strives to be fully at peace with himself.

Despite his early portrayal of vulnerability, Tufton ultimately unveils a quiet confidence that, perhaps, will leave the reader with a feeling; an intuition that more will be heard of and from him in the fullness of time.