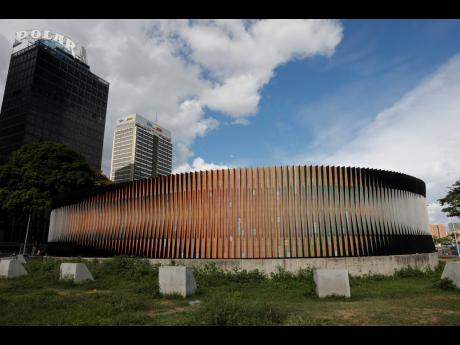 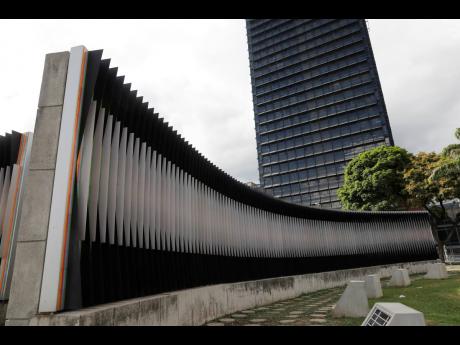 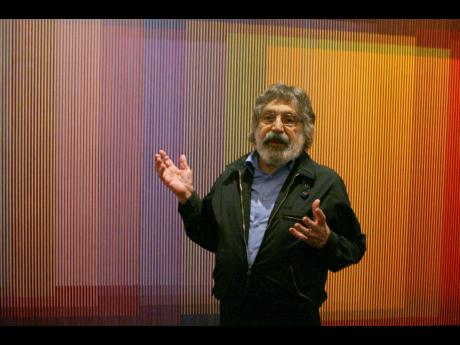 The death of Venezuelan artist Carlos Cruz-Diez elicited international praise for a man who boldly experimented with colour, but the muted reaction from Venezuela’s government and the decay of some of his Caracas art works reflects a nation in conflict and decline.

Cruz-Diez, who died in Paris over the weekend at age 95, had criticized Venezuela’s socialist leadership in his later years, and the government has not prepared any official tributes for an artist who inspired pride among many Venezuelans.

One of his works, a metallic structure that includes two semi-circular walls and is called “Fisicromía Cóncavo-Convexa,” is in a state of disrepair in Plaza Venezuela, a Caracas square where visitors flocked before Venezuela’s economic crisis took its toll. Now the big fountain at the square is turned off and fewer people visit the art works there, reflecting the weariness and distraction of a population that is more concerned with hustling for basic necessities.

“As a Venezuelan, I feel ashamed that this is how we pay tribute to Cruz-Diez,” said Anais Colina, a 21-year-old art student, as she surveyed the deterioration of Cruz-Diez’s work, which was inaugurated in 1982.

Some pieces of ceramic tile lay on the ground. The sculpture was subjected to a controversial restoration project by an art centre linked to the state-run oil company in 2008, when President Hugo Chávez was in power.

Another work by Cruz-Diez, 1975’s “Muro de Color Aditivo,” which borders a river in eastern Caracas, has been overrun by undergrowth and covered in graffiti. In 2005, officials in the port of La Guaira demolished a mural by Cruz-Diez, who criticized the decision.

Venezuelan Culture Minister Ernesto Villegas told The Associated Press that the government plans to maintain and restore works by Cruz-Diez and other artists, but he didn’t say when the conservation project would begin. Cultural institutes have been instructed to organize classes so that young people can learn about Cruz-Diez’s artistic style, he said.

Villegas described Cruz-Diez as part of Venezuela’s “cultural patrimony” and said his artistic flair was a source of pride and identity, “beyond political differences.”

Venezuela is locked in a power struggle between the government and the U.S.-backed opposition, deepening a sense of crisis in a country enduring hyperinflation and shortages of medicine and other necessities. Millions of Venezuelans have left the country in search of a better life elsewhere in the region.

Cruz-Diez developed a reputation as one of Latin America’s most prominent artists in the second half of the 20th century and his installations have been featured in major international art museums and public spaces.

His work has recently been on display in exhibitions in Paris, London, Saudi Arabia and Panama, according to his website. Cruz-Diez settled in France around 1960, leaving behind the once-modernizing Venezuelan capital where public artwork flourished during the oil boom years that have long since subsided.

He sometimes created art with transparent strips of material that filtered light and showed varying colour combinations to viewers moving around his artwork.

Public art is always vulnerable because it is out in the open, but it is a particular problem in Venezuela, not just for Cruz-Diez’s work but also for pieces by other artists, according to art curator María Luz Cárdenas.

“Here we’ve had nearly 20 years of institutional, cultural, social and economic dismantling,” said Cárdenas, adding that there is not a perception of art as a “spiritual need.”