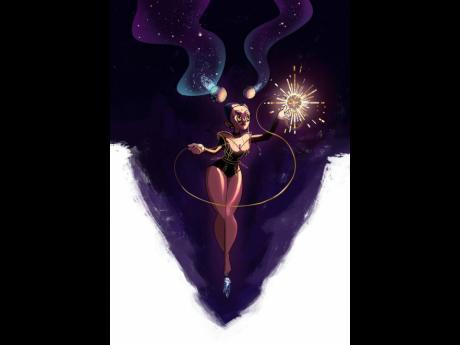 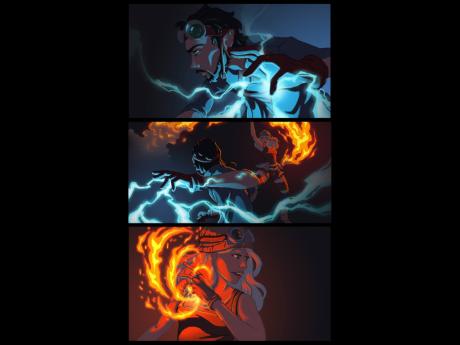 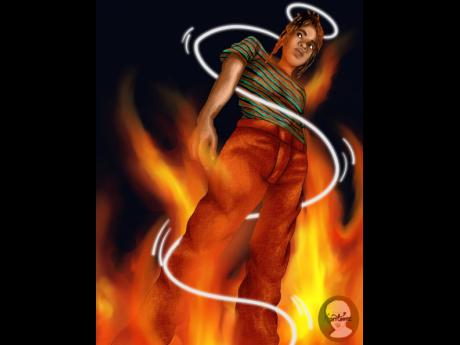 In our continuing series, we highlight the work of animators who will be part of the C.A.G.E. (Cosplay. Animation. Gaming. Esports) exhibition on August 31 at the University of the Technology, Jamaica.

The event is an effort to bring together the three major areas of millennial entertainment (cosplay, animation, and gaming) with a major focus on technology and the Esports industry. The event is being organised by Anime Nerds of Jamaica and e-sports Jamaica.

This week, we showcase the works of three young Jamaican animators.

Jenille Brown, 26, is a professional animator working at a local studio, Listen Mi Caribbean. Art, she says, has been part of her life from an early age, but she became more focused on animation and learnt the art form through online research. “It is my wish to conduct a successful career in my field both here and at an international capacity, helping to grow the local industry along the way,” she says.

As part of an international art challenge, this image was redrawn from Joelle McFarlane’s original work (with permission).

Nathanael Hay, 27, also known as ‘Stratuss’, is a freelance digital illustrator, character designer, and animator. Although having no formal education in the arts, he says he is always striving to learn more and improve on his craft. In his spare time, he can be found with his ‘head in the clouds’, working on personal projects, playing guitar , or playing video games.

Triptych of a fight scene between two original fictional characters.

Melisa Kerr is a 22-year-old animator who says she gets her inspiration from nature and the people around her. She recently graduated from CARIMAC, The University of the West Indies, Mona, where she specialised in animation.

This piece is a depiction of a song called Burning by Koffee, an up-and-coming reggae artiste. The colours that were chosen portray the artiste’s vibrant personality and the song’s lyrical content.