Meeting Ground: Poems in the time of COVID-19 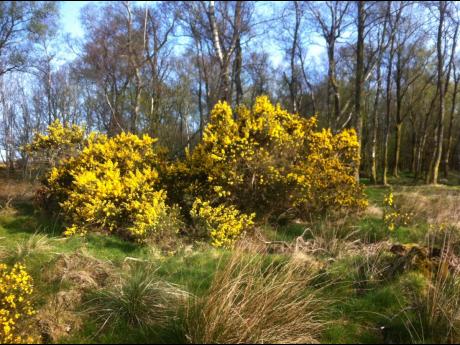 Gerry Loose
The woods in Scotland near Gerry Loose’s home.

Below, poets from across the world share their pandemic experiences and observations. Edward Baugh’s poem is a gift and a wish for us all. – Ann-Margaret Lim

with these I kindled the yellow light in furze

then flew to the roof of the abandoned school

the moon was not lit

on the third evening at eight o clock

people went to their windows

when the fourth day arrived

we found the world had grown larger

after that was the next day

we told stories from beyond and behind

stories of yet to happen and end times

the sixth & Peg left a bottle of beer at the door

or maybe that was the seventh at dusk

and maybe she left a sea woman’s purse

the eighth day brought pennies to our eyelids

and seraphs who masquerade as wild geese

the seventh day or perhaps the sixth

we all rose from where we had been

the youngest and then the oldest

My iPhone keeps me company.

Plays music for me, shows pictures

of friends, what they’re thinking.

Lights up the dark when I’m missing you,

brings other poets’ words with a touch.

inside our phones, iPads, Netflix?

Zoom conference: The kids text me

from other rooms, stationary too long.

I listen to Dire Straits while writing this poem,

think of you, thirty miles away. Think:

The virus decided for us.

As doctors and old people die in waves,

our sons skateboard in empty parks at night.

assumed in Carnival each year to placate the spirit Death,

Now, Death is here. Masks for everyone is street wear.

Except in this theatre: No wild carnivalesque disorder. No

Only when the masks are off do they reveal the traces: the

daily struggle with Death imprinted on their faces.

from the tree of heaven

as it twirls in its fall, ever

so slowly, such music, such

as it brushes your lips

and the turning earth

pauses at their tremble.

You snatch at it

your fingers and falls

at your feet and is still.

In the fall of a leaf