HBO to adapt Ta-Nehisi Coates’ ‘Between the World and Me’ 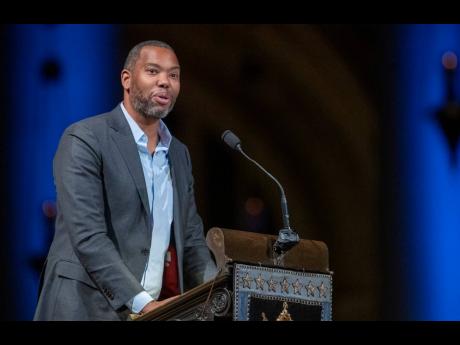 AP
Author Ta-Nehisi Coates speaks during the celebration of the life of Toni Morrison on Thursday, November 21, 2019, in New York.

A stage production of Ta-Nehisi Coates’ Between the World and Me, his prize-winning book about racism and police violence, is being adapted by HBO for a special this fall.

HBO announced last Thursday that the programme will feature readings from Between the World and Me and will be directed by Apollo Theater executive producer Kamilah Forbes, who handled the stage show in 2018 at the celebrated performance centre in Harlem.

“I’ve been working with Kamilah for almost as long as I’ve been a writer,” Coates said in a statement. “I can think of no one better to put Between the World and Me on-screen and no better home for it than HBO.”

Coates’ book, published in 2015, is structured as an open letter to his adolescent son about what to expect as a black person living in the United States. Between the World and Me was a bestseller that won the National Book Award and received new attention this summer when the Black Lives Matter protests led to a surge in sales for books about race and racism.

“As people across our country continue to speak out about violent, systemic racism and the urgent need for tangible change, Ta-Nehisi’s words resonate as strongly today as they did five years ago,” Forbes said in a statement. “I’m excited to collaborate again with both Ta-Nehisi and HBO on this important special event, ensuring that the powerful voices in this work and the cry for justice from the black community continue to reach a broader audience.”