Skip to main content
The assassination of Maurice Bishop

Tumultuous life of a Grenadian revolutionary 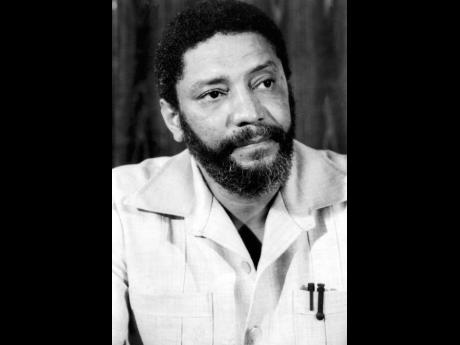 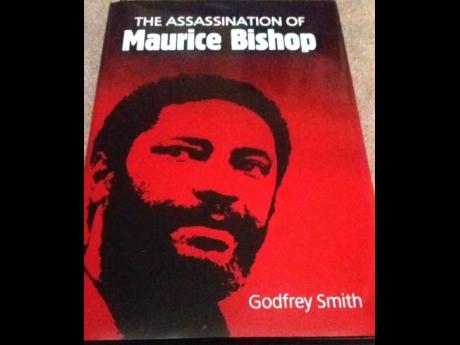 Maurice Bishop was loved by the people. He was the handsome, suave international icon of the Grenada Revolution. Like many gifted leaders, he did not like the tedious minutiae of planning.

I met Bernard and Phyllis Coard at their modest home in Kingston, Jamaica. and later, we drove in their 23-year-old Suzuki Swift for lunch at the Sovereign Centre in Liguanea. Phyllis was in good spirits but a shadow of her former self, incapacitated by a stroke. Bernard was in fine fettle and just as calculating as ever. I was left in no doubt that by temperament, he was an apparatchik – to the bureaucracy born. He loved planning and details; Maurice provided the panache. Where Bernard scowled and harangued, Maurice deployed savoir-faire. They, in fact, complemented each other.

Together, they ruled Grenada. Bernard’s domain spanned an archipelago of portfolios. As deputy prime minister and minister of finance, he controlled the commanding heights of the economy. Ministers supplicated him, not Maurice, for funds. He was the party’s chief theoretician, disciplinarian, and organiser. By Bernard’s own account, in Cabinet, Maurice would leave weighty economic matters entirely up to him and joke that there was no reason the two of them should get grey hairs. He gave an example of where, in a high-level meeting with the Cubans in Havana, Maurice looked to him to take the lead. It could be said that Bernard exercised greater de facto power than Maurice.

Yet he grew resentful of Maurice, who he accused of abandoning collective leadership and hewing to the Cuban maximum leader model. Except that collective leadership was a myth. It was in reality a Bishop-Coard duumvirate. In a huff, he resigned his party posts in 1982, citing Maurice’s interference with his work and reversal of collective decisions resulting in wasted hours and manpower. For a man who wielded the extensive power that he did, that kind of whining betrays symptoms of being an oversensitive control freak. Either that, or it was just a ruse to engineer a ‘crisis’ down the road to create the illusion that the party was crumbling without him.

Bernard, with his considerable abilities and punishing work ethic, was easily Maurice’s equal in terms of his value to the success of the revolution. It is easy to see how he could have begun to consider himself as superior to Maurice and quietly nursed contempt for what he perceived as Maurice’s indiscipline, disorganisation, and womanising. Maurice accepted Grenadian culture. Bernard tried to mould it to his almighty Leninist theory, always demanding more study and more discipline.

He was, in fact if not in name, joint leader with Maurice. But the Cubans refused to recognise him as joint leader. The government of Cuba provided scores of scholarships in medicine and engineering; vital support in construction, fishing, health, and agriculture; technicians for its power plants; a 50-metre-high radio transmission tower; and a crewed Cesna Cheyenne turboprop executive aircraft for the leadership.

The Cubans were, effectively, propping up Grenada. For them, there was only one leader: the commander-in-chief, Maurice Bishop. Their idea for a Cuban Permanent Battalion in Grenada that could only be activated by Maurice Bishop effectively gave him superior military control. This was a highly sensitive issue for Bernard. It was the only area he could not control. Even if the top brass of the PRG was loyal to him, their military strength was no match for the Cubans. This is why, in the final days of the revolution, they put Maurice under house arrest and stripped him of all communication equipment, thinking, in a blinding fit of paranoia, that he might activate the PB to annihilate them.

Just why Bernard chose September 1983 to make his move for formal joint leadership is unclear. Chilean scholar and diplomat Jorge Heine has persuasively argued that the imminent unveiling of the new international airport would have given the economy a strong boost, and with the fifth anniversary of the revolution approaching, the leadership of the already immensely popular Maurice Bishop would have been impregnable.

A number of people I interviewed saw Maurice and Bernard as joint leaders. In retrospect, Bernard might have pulled it off had it not been for his compulsion for plotting in the shadows. Activating his acolytes to ambush Maurice with joint leadership on September 16, 1983, naturally aroused deep suspicion and resentment among those who had long perceived his lust for leadership. His story that the joint leadership idea organically arose from Central Committee members is devoid of any credibility.

The meeting of September 17 in which he engages in an elaborate charade that he is hearing about joint leadership for the first time from members urging him to accept it is extremely telling. It reveals the depth of obfuscation and deception into which he was prepared to descend.

Bernard says that his withdrawal from the party in 1982 was partly to avoid any accusation of a power grab, yet at no time during the rapidly worsening crisis did he volunteer to withdraw from joint leadership until it was too late.

He accepts responsibility for nothing. The decision to not meet Maurice at the airport on his arrival from Cuba was made by his security detail. The joint leadership idea came from Central Committee members. The astonishingly stupid decision to place Maurice under house arrest was taken by others. In The Grenada Revolution: What Really Happened, he shamelessly throws Layne under the bus: “The decision that Layne was forced to take on his own that day, I would have done exactly the same as he did, given the circumstances existing then, had I presence of mind and the mental toughness which he displayed.” Layne was a 25-year old youth. Coard was his mentor, the master of strategy and tactics.

It was Bernard who had restrained their youthful exuberance and prevented them from rushing in to overthrow Gairy when the time was not yet right. It was he who scotched the immature idea of killing prisoners captured during the overthrow because it would only cause the revolution to lose support owing to the fact that so many families in Grenada were related. Yet, when it suited his purpose, he allowed them to run amok. His university degrees, experience of living and working in the USA and the UK, his teaching experience in Jamaica and Trinidad, and his encyclopedic knowledge of political history placed him way beyond his young disciples who had no university education and had never ventured far from the shores of their little island prior to the revolution.

Maurice contributed to the crisis by accepting joint leadership then changing his mind, failing to communicate from Eastern Europe, starting the rumour that the Coards wanted to kill him, and leading the crowd up to Fort Rupert instead of down to Market Square. But once he had been captured and the fort retaken, there was absolutely no justification to order his execution and that of the others. Layne gave the order to kill, but Coard, at a minimum, just stood by and allowed it to happen. His story about lacking the mental toughness, presence of mind, and of becoming unresponsive is entirely out of character with the kind of man he was and with his track record. It is implausible.

In the final analysis, it is Bernard Coard who must bear ultimate responsibility for the assassination of Maurice Bishop and the destruction of the Grenada Revolution.

- This article is an extract from Godfrey Phillips’ recently released book ‘Assassination of Maurice Bishop’, published by Ian Randle Publishers.