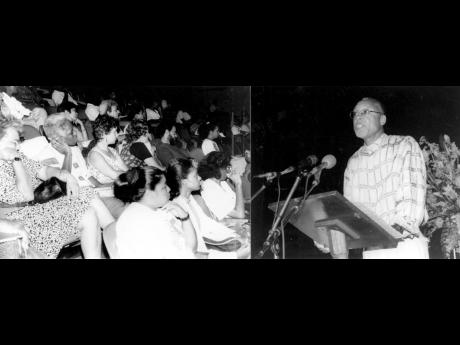 The Gleaner Archives
In this 1994 file photo, Barry Chevannes speaks on ‘A Caribbean Cosmology’ at The University of the West Indies, Mona. 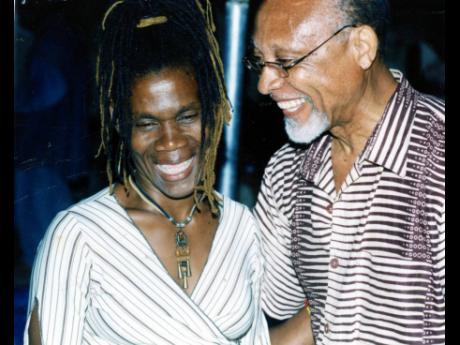 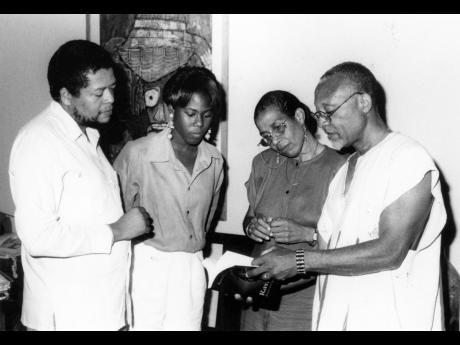 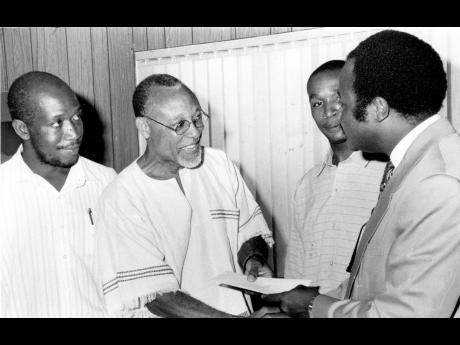 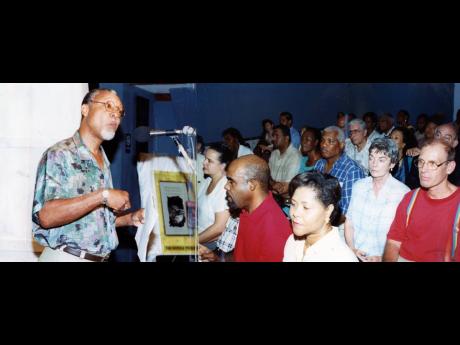 File
Barry Chevannes (left), dean of the Faculty of Social Sciences, speaks at the launch of Easton’s Lee’s book of poems, ‘From Behind The Counter’, at Centrestage Theatre in December 1998. 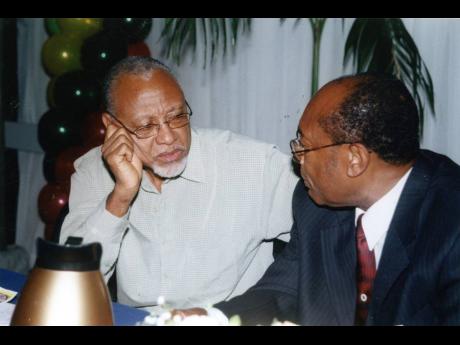 File
In this 2001 file photo, Dr Henry Lowe (left), then president of Blue Cross of Jamaica, and co-author of ‘Ganja: The Jamaican Connection’, chats with Professor Barry Chevannes at the launch of the book at Le Meridien Jamaica Pegasus.
1
2
3
4
5
6

Professor Barrington (Barry) Chevannes, a Jamaican icon, wore many hats – a public commentator, performer and recording artiste, among others – and was passionate about addressing social and cultural issues in the country. He was professor of anthropology and dean of the Faculty of Social Sciences at The University of the West Indies, Mona, where he spent most of his professional life.

He served in organisations and bodies such as Fathers’ Incorporated, Partners for Peace, the Peace Management Initiative, the National Commission on Ganja, the Justice System Reform Task Force, and the Caribbean Community Commission on Youth Development. Professor Chevannes was also a leading activist for peace in Jamaica as he headed the Violence Prevention Alliance which launched a safe community campaign in 2006. He led the University Township Project and did pathbreaking work in the communities of August Town for many years.

He attended the Jesuit seminary in New England for two years, starting in 1959, and spent five years at Boston College, where he gained a bachelor’s degree in philosophy and a master’s degree in the classics. He later went on to do another master’s in sociology at The University of the West Indies, and his doctorate in anthropology at Columbia University.

He wrote Rastafari: Roots and Ideology (1994) and the edited collection Rastafari and Other African-Caribbean Worldviews (1995), Betwixt and Between – Explorations in an African-Caribbean Mindscape (2000), and Learning to Be a Man: Culture, Socialization and Gender Identity in Five Caribbean Communities (2001).

He headed the National Commission on Ganja and the CARICOM Youth Commission, chaired Jamaica’s first Reparation Commission, and was chair of the Institute of Jamaica from 1997 to 2010.

An accomplished songwriter and guitarist, his music was an anthem for the radical 1970s, with singles such as Forward March against Imperialism and Children of the Revolution. In 2001, along with Colin Leslie, he produced Black Op – a 15-song CD.

He was the Gleaner Honour Award recipient in 2010 for contribution to national development. He posthumously received the Order of Jamaica.

- Information sourced from Gleaner archives and the Internet.