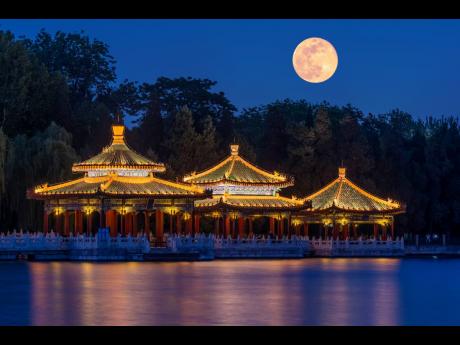 To the tune of Huanxisha

Our life is but a measured span of light

Our heart breaks often at each parting

Decline not, then, many a feast and rite

With their Terpsichorean art so light.

When only landscapes fill our eyes so

In vain we’ll miss our loved ones out of

When rough winds cause spring petals to

By greater sorrow will we be seized tight.

Then why don’t we cherish the one in

Yan Shu was a Chinese statesman, poet, calligrapher and a literary figure of the Song dynasty. He was considered to be a child prodigy and, at the age of 14, passed the imperial examinations. During his lifetime, Yan Shu had composed more than 10,000 poems, but most have been lost. Of the remaining, the Pearl Jade, of which 136 poems remain, is considered to be one of his most notable works. He was a scholar of the Hanlin Academy, one of the initiators of the Qingli Reforms and served as prime minister to Emperor Renzong (based on Wikipedia article).

Wu Chunxiao is vice-dean of the English Department of Dalian Minzu University, free translator. Her major Publications: from English to Chinese, Barron’s Essential Words for GRE, Barron’s Essential Words for TOEFL, This is America; from Chinese to English, co-translator: Shaolang and Daifu, The Yimakan Epics of Hezhe Ethnic Group in China-Muduli Mergen and A Study of the Tibetan Epic Gesar.

Courtesy Confucius Institute, The University of the West Indies, Mona.