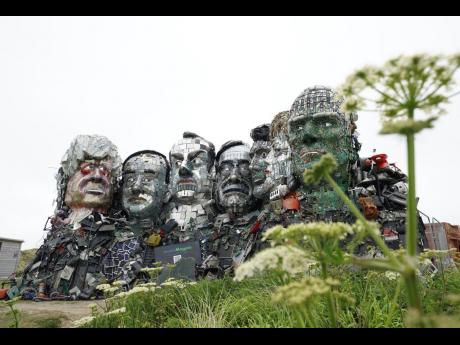 AP
A sculpture created out of e-waste in the likeness of Mount Rushmore and the G7 leaders on a hill in Hayle, Cornwall, England. 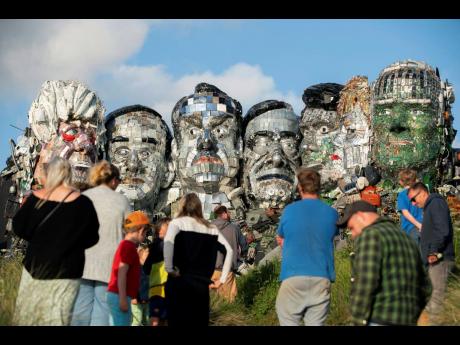 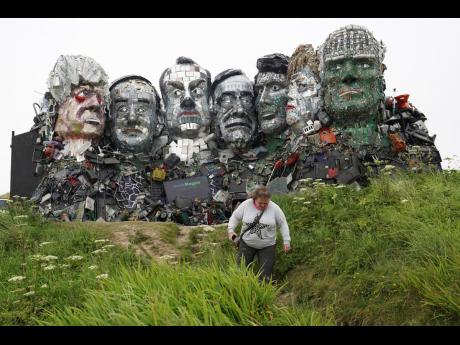 AP
A visitor walks away from a sculpture created out of e-waste in the likeness of Mount Rushmore and the G7 leaders on a hill in Hayle, Cornwall, England. 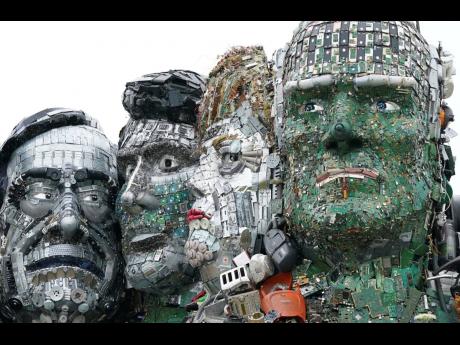 AP
A sculpture created out of e-waste in the likeness of Mount Rushmore and the G7 leaders stands on a hill in Hayle, Cornwall, England, Wednesday, June 9, 2021. The sculpture, created by British artist Joe Rush ad sculptor Alex Wreckage, named Mount Recyclemore, aims to highlight the growing threat of e-waste. G7 leaders and guests will meet in the the Cornish resort of Carbis Bay.
1
2
3
4

Ever wondered where that one swanky smartphone or the ‘outdated’ tablet or laptop ends up when they are replaced by their versions 2.0? Most of them end up in landfills across the world. It is estimated that the world produces as much as 50 million tonnes of electronic and electrical waste (e-waste) a year, weighing more than all of the commercial airliners ever made.

Mount Recyclemore is a statement standing in Carbis Bay, Cornwall, England, where G7 leaders converged for a summit, to bring to their attention the scourge of electronic waste and the urge to address them.

Standing in public view to create a shock statement, this installation resembles Mount Rushmore, but instead of the faces of four United States presidents, Mount Recyclemore is a sculpture of the seven G7 leaders made from 20,000 discarded digital devices.

Built to highlight the damage caused by the disposal of digital devices, Mount Recyclemore was commissioned by musicMagpie, a tech resale website, and was conceptualised by sculptors Joe Rush and Alex Wreckage.

It may not be as grand as Mount Rushmore, where each of the seven heads is three metres tall. Mount Recyclemore is creating a stir. From a distance, the four faces may look like something straight out of the post-apocalyptic Mad Max screenplay. It is made from discarded smartphones, tablets, laptops, monitors, computers, keyboards, home appliances, and thousands of circuit boards, all unable to be recycled and destined to end up in landfill.

“We need to recycle stuff, we need to make stuff last,” Rush said in an interview to The Guardian. “We can’t just throw it into landfill. It’s not just a politician’s problem. It’s a problem that the human race has to deal with.”