What one dance can do 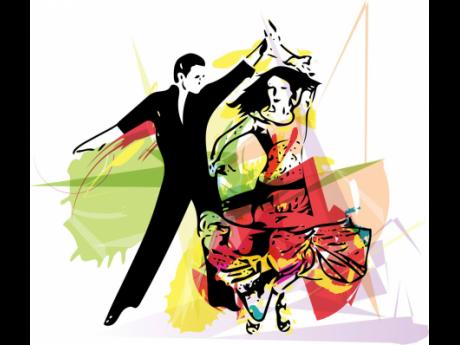 It was lunchtime at the Ocho Rios resort, and Latoya was having a telephone conversation with a total stranger that was not on her ‘today’s things to do’ list. The female voice on the other end of the line had a Kingston inner-city accent, and the ramblings from the stranger were loaded with subtle threats and increasing aggression.

Latoya straightened her composure in the plush executive leather chair. She leaned slightly forward, tightening her grip on her Apple iPhone 12 that was now the bearer of some frightening news.

“Who the ra** are you and how did you get my number?” Latoya screamed into the device. “And what is this cock and bull story about you pregnant for Barry?”, she continued, lowering her voice as she remembered she was at work, in the hotel’s sales office.

“Miss Lady, you want me to ‘ole the phone pon the belly fi mek you hear the ‘eartbeat?” the caller threatened. “It a tick like when new riddim buss out inna dancehall. Is a one juk but everything seal up,” the caller boasted.

“I don’t know what you are talking about. I don’t think we speak the same language,” Latoya countered, her voice weakening and her resolve to face this sudden challenge diminishing. She terminated the call.

In a split second, Latoya did a replay of her picture-perfect life as a former beauty queen, fashion model, wife and hotel executive. Only last week she celebrated her deliriously happy fifth wedding anniversary to Barry, a 42 year old hard-working, successful and devoutly loyal real estate developer. Her body was now trembling, and she mustered all the strength she could to peel her body from the chair to close the office door, turning the lock. Latoya quickly pondered the past while doing a quick calculation of the future.

She tried her best to finish her lunch, but in vain. She coughed and felt rice grains coming through her nostrils as her entire body convulsed and plunged into mental and physical gridlock.

The mystery caller said her name was Pinky Pinks. The name was more than a little disconcerting, but so, too, was her story. It wasn’t making any sense. Seven months pregnant for Barry would put the encounter to about November. But, with COVID-19, the entire island was already in lockdown. Barry was working mostly from their sea- view St Ann’s Bay apartment, except for a few building visits here and there. Moreover, he was as loyal and committed to their marriage as he was to their local church. They weren’t ready for kids yet, as Barry was consumed with building the business and Latoya wanted to finish up her remote executive MBA at Florida State University to guarantee a faster leap up the corporate ladder. They both share common goals and are looking towards an exciting and a successful future.

As Latoya studied her options and mapped out her next moves, an unusual item on the radio news caught her attention. Something about Taliban, a delinquent and troubled schoolmate from prep school. She didn’t have the luxury of time to process it then, so she made a mental note to revisit it later. Two words from the earlier conversation were tearing her heartstrings apart.

One juk. Latoya repeated it several times in one minute intervals. One juk. She scrutinised the affront from every angle, making the sign of the cross on her chest with her now sweaty finger. In doing so, her line of vision collided with the South African diamonds in her wedding ring that now appeared less iridescent. Confused, Latoya asked Tonia, her part-time intern from Brown’s Town to have someone else from the sales department do the 2.30 pm site inspection with the travel agents from Florida. Business at the hotel was picking up, and management was leaving no stone unturned to sell every single room for the upcoming July 4 holiday weekend.

In deep distress, a part of Latoya wanted to shred Barry to patty meat like a Bengal tigress, but the time wasn’t convenient yet. He was taking advantage of the Jamaica Labour Day weekend to travel to Orlando to get his first Moderna vaccination at a clinic there. They both agreed it would make sense to just wait out the 21 days for the second shot before returning home.

But as soon as a replacement to show the travel agents around was sorted out, a ping on the iPhone. Horror of horrors. It was a 20-second video clip from Pinky. After enduring the first cataclysmic 10 seconds of the eye-popper, Latoya bellowed a deep roaring wail that was a mixture of pain, anger and betrayal. She was at work but at this point she didn’t care. She smashed the phone into the wall separating her office from the assistant manager’s. And she passed out.