‘We are more alike than we are different’ 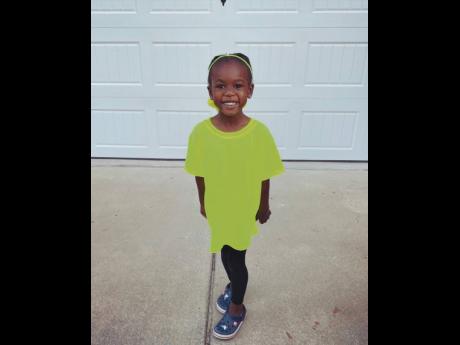 Contributed
Five-year-old Kacey Peterkin, author of the book ‘We Can All Be Friends’, in which she questions prejudice and wishes for a tolerant world. 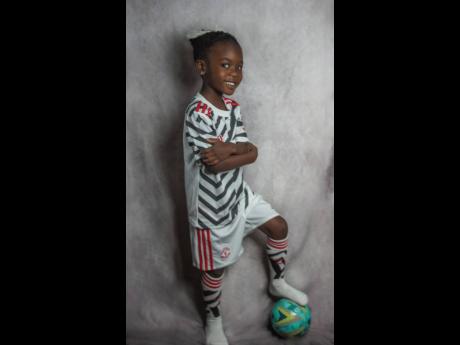 Contributed
Five-year-old Kacey Peterkin, author of the book ‘We Can All Be Friends’. 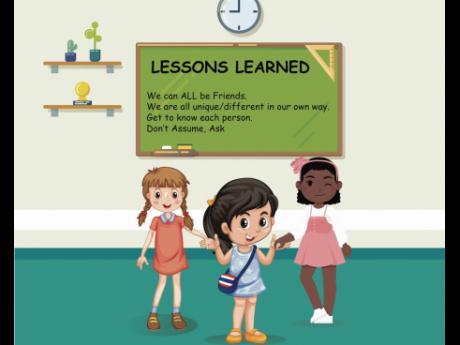 Contributed
An image from Five-year old Kacey Peterkin’s book, ‘We Can All Be Friends’. 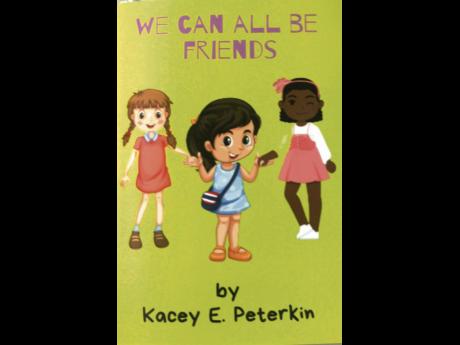 Kacey Peterkin is a Jamaican-American girl with a very active imagination and love of all things unicorns, specifically alicorn (a mythological creature, a mixture of pegasus and unicorn: a winged horse with a single horn on its head). Like any child her age, she yearns for activities to keep her engaged. Her passion for books, coming from her nightly reading with her mother, has stoked her imagination, and before you knew it, she was journalling and crafting her own stories.

She is always coming up with unique ideas to challenge her parents and entertain herself at the same time. It’s a funny story if you have never heard of alicorns like her parents. One day her parents heard her made reference to the term “alicorn” and attempted to correct her; however, Kacey told them with full confidence that she had not erred. She proceeded to define alicorn as a mythical creature with a horn like a unicorn, the difference being that it had wings instead. This is one of the many examples of how Kacey challenges those around her on a daily basis.

At five-years old, Kacey is an author of the book We Can All Be Friends. Her idea to write this book was born out of her need to express her feelings after an unpleasant encounter her parents wish she did not have to experience.

Similar to any young child, Kacey actively plays on the playground and engages with other children her age. On this particular day, what started out as an average fun day at the park, playing on slides with another young girl she had just met, soon turned to confusion and hurt when they were joined by a third girl. The third girl came and messed up the synergy that already existed between Kacey and her new friend. The little girl came along and took Kacey’s new friend. Both girls shared similar physical features, and suddenly, Kacey was left to play by herself.

Confusion caused by what happened when the second girl came and further confusion by the sudden change of behaviour in the first girl led Kacey to ask questions of her parents. Kacey and her parents spoke at length about prejudice, acceptance, and tolerance, and before they knew it, Kacey wanted to tell her story. She had a platform, and she wanted to use it. She wanted to tell it on her YouTube channel, but her parents did not feel comfortable with that and steered her in the direction of her journal instead.

She drew pictures expressing herself, only this time, she had full control over how this story would end. Her parents took it a step further and decided to self-publish Kacey’s ideas as she had expressed them, and the book was crafted. It is the family’s hope that Kacey’s message of not seeing differences in each other will help others to realise that we are more alike than we are different. Kacey, with the help of her parents, is currently working on an initiative dubbed #theweneedtodobettercampaign. The campaign is an initiative to spread the message that a positive change in this world starts with the person in the mirror and their desire to want a better world of tolerance and acceptance of all.

We Can All Be Friends is a fictional children’s book for ages six-10 years. It is now available on Amazon. Kacey’s virtual book launch will take place on August 6. To learn more about Kacey, follow her on Instagram, @kacey.sworld, and subscribe to her YouTube channel, Kacey’s World.