Peter Heller’s ‘The Guide’ is a suspenseful sequel 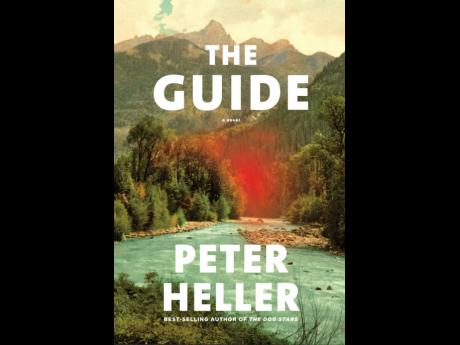 AP
AP This cover image released by Knopf shows “The Guide,” a novel by Peter Heller.

In his new mystery, author Peter Heller pulls off a rare balancing act once again: He gives us fast-paced action and intrigue, interspersed with closely observed, reflective nature writing.

Speed up for the crime-solving, slow down for the Zen.

The guide of the title is Jack, one of the heroes of Heller’s 2019 The River. A few years after that book’s fateful canoe trip through a fire-scorched Canadian wilderness, Jack is now back in his home state of Colorado, suffering from what he likens to PTSD.

Hoping to centre himself by reconnecting with nature, he signs on as a fishing guide at a fancy lodge for the uber-rich, tucked away in a remote canyon. Almost immediately, the vibe is weird: gun-happy neighbours, gates that lock people in as well as out, surveillance cameras in unexpected places.

Jack’s celebrity client, a singer going under the radar as Alison K, helps Jack – who isn’t sure he can trust his own instincts anymore – try to figure out just what is going on.

In Heller’s books, nature poses dangers (in The Guide, the world outside the lodge is dealing with the spread of a novel virus). But real evil comes from people, who use the wilderness’ wide-open spaces to commit and hide crimes. Passages celebrating the canyon’s natural beauty are punctuated by Jack’s sense of something unnatural and claustrophobic at the lodge.

What holds it all together is the likeable character of Jack. A diffident “cowpoke” with expert backcountry survival skills, he is also a reader, a thinker, a guy who keeps fence-making tools and dynamite in the back of his truck, along with volumes of poetry. He’s a Western type with a fancy college degree, a la Norman Maclean, or maybe a younger Walt Longmire.

As in Maclean’s books, fishing gets its own star turn. It’s a source of solace, focus and connection. Heller uses many opportunities to capture it poetically, keeping the river at the centre of this tale, too.

Even as the tension builds for Jack and Alison: “For a couple of hours, they moved in the cold current, and the river granted them a measure of her heedless grace.”