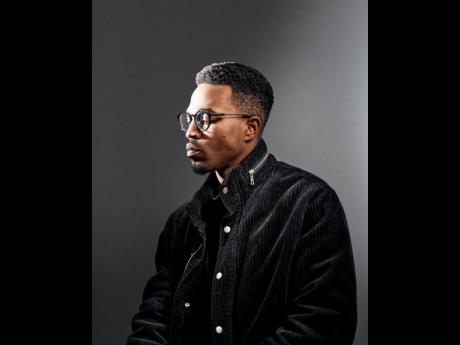 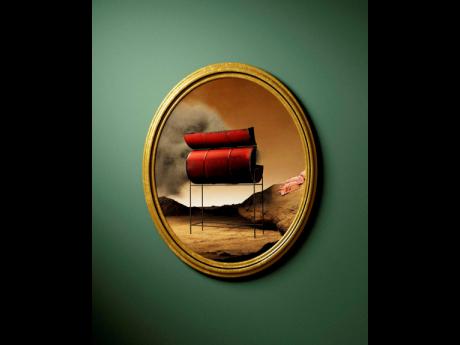 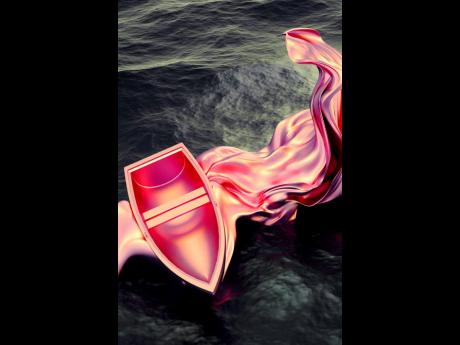 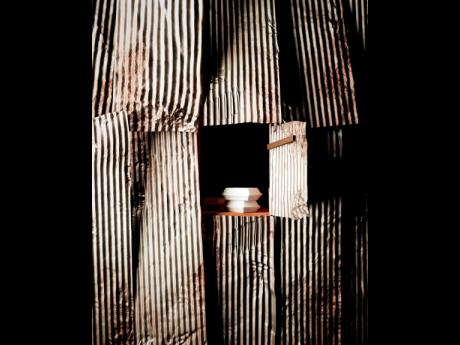 Twenty-six-year-old Jamaica-born Acquille Dunkley opened his first exhibition of contemporary art pieces last month in a format which is unusual in both in its style and subject. For this self-taught artist, this project has taken seven years to produce and package, and while still anxious about its success, he is fully satisfied at how it has turned out.

His works show off bits of understated Jamaican culture and everyday life as three dimensional (3D) fine art. The hook – pieces of Jamaica street culture and daily life captured as ‘digitally rendered images, each meticulously created on a computer, and presented as classical art’.

From the weekend corner food staple titled ‘Red Jerk pan’, complete with harddough bread bag, ‘Box Food’ - food served in Styrofoam containers through the window of a shack made entirely of zinc, to a steaming food pot on a stove, titled ‘Pot a bun’ - the works capture ordinary daily routine and memories of island life.

Currently working in Los Angeles, Dunkley, grew up in Kingston, Jamaica. His father Leaford is from Seven Corners in St Elizabeth , and his mother Annette from Portland. The memories of both cultures are heavily fused into the work.

There are three sections – Island Influences, Daily Life influences, and Waves in 3D. “I find fascination in those daily occurrences and use my identity as an influence to recreate such,” his profile statement explains. “My work studies the connection between the flow of nature and the flow between our mind and body.” He says the works explore cognitive behaviour in adults and the importance of having time to think, even amid the bustle of life.

The collection of some 30 pieces which feature a Jamaica-themed subcollection of six pieces (Island Influences), has already garnered enough curiosity from art lovers to pull a modest gathering – despite COVID restrictions – to a viewing recently in downtown Atlanta, Georgia.

The show, which was his first exhibition, is called ‘The Calmness in Cognition’ and ran September 9 to October 23, at the Spruill Art Gallery.

Pulling on his research and fascination with art history and classical art , they are staged like portrait photos from the Victorian era.

“My approach was to capture bits of the culture and memories of life in Jamaica and make it available to everyone in different forms. It’s a kind of an elevation of those aspects of the culture,” he says.

A former Wolmer’s High School student, Dunkley migrated to the United States just before fourth form, and attended high school in Palm Beach County, Florida where he developed a greater appreciation for the value of his budding skills. “A very important influence for me was the graphic design studio where my father worked in Jamaica. Even though I was in high school, I would hang out there and I was able to learn some things. I would make logos for persons, edit photos stuff like that.

He was selected right out of high school as one of only two persons to represent the United States of America on a global platform in the first Adobe Certified Associate World Championship in Photoshop. He placed in the top 20.

“It was then that it kinda hit that , “Wow, I can really make something of this. This was the boost to go on to college and get educated. There (college) I was able to transition from a graphic artist to photography,” he says.

He moved to Atlanta, Georgia to pursue Bachelor of Fine Arts degree (BFA) at the Savannah College of Art and Design (SCAD).

“When I got to college, I began to do a little more, I would get little jobs and it was there that I realised that I was able to generate an income from this, so I stuck with it in college, ended up having multiple side jobs.

His curiosity piqued, he taught himself digital 3D art and experimented with the idea of fusing skills from both techniques , using software designed for use in areas like architectural rendering or science fiction.

His mission is to dispel the notion that this kind of art is outside the reach, and appreciation of the regular audience.

“I am so excited to get it out there. I don’t want it to be a rarity, or something that persons cannot afford. Even though it’s fine art, I still want it to be accessible to people.”

The pieces are available for sale online.

Even as he creates fine art, his corporate job is working for an advertising agency in Hollywood where he does motion graphic design projects for Netflix, Disney, ABC, Amazon Prime, Fox Sports, Hulu, and Apple tv, among others.

Are there more challenges, fresh works on the horizon, for this unconventional artist? Definitely. There are early musings of a show in Jamaica.

He says. “I love the challenge of learning new things, getting better, and doing more.”