A look at parliamentary accommodation since 1872 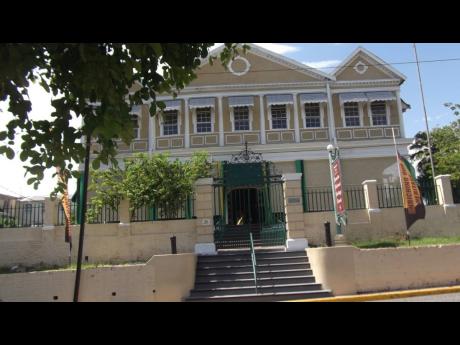 With the move to Kingston, the Government, under Governor Sir John Peter Grant, bought Headquarters House on Duke Street for £5,000. 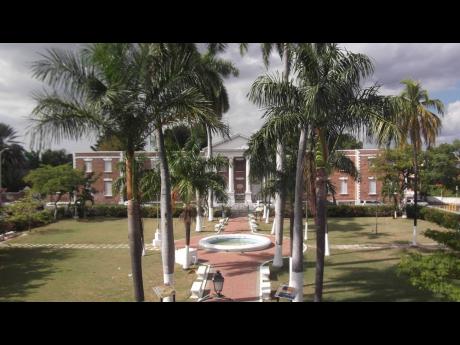 In 1655, the British retained Spanish Town as their capital. Assembly members were elected from 1662. A new House of Assembly building was constructed starting in 1749 and was formally in use from 1762. 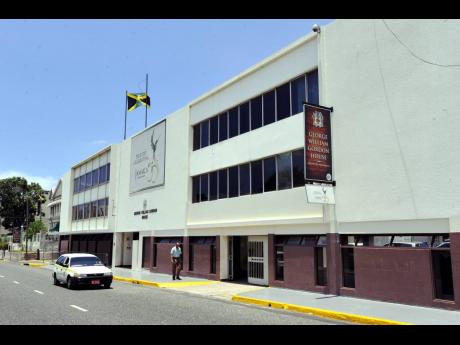 On October 26, 1960, the Parliament moved to this new building, which was named Gordon House in honour of now National Hero George William Gordon.
1
2
3

I have visited our Parliament, Gordon House, several times. On my first visit, I was extremely disappointed, having visited or seen parliament buildings in other countries, including in the Caribbean.

Jamaica’s Parliament has not matched up to my expectations. In my view, our Parliament has been in temporary and inadequate accommodations since 1872 when the capital was moved from Spanish Town to Kingston.

A question, which I have considered, is, in the period 1872-1962, why was a proper parliament building not constructed in Jamaica, which was one of the oldest and most significant British West Indian (BWI) colonies? Clearly, these buildings were constructed in other BWI territories.

In Barbados, the Parliament has been housed in the same building in Bridgetown since 1874 when it was built as the seat of the government.

The Assembly building in Georgetown, Guyana, was completed in 1834 and has been the seat of government since.

In Port-of-Spain, Trinidad and Tobago, construction of the first parliament building began in 1844. Known as the Red House, this building was destroyed by fire in 1903 and was rebuilt in 1907. Recently renovated, it continues to house the Trinidad and Tobago Parliament. These are now treasured national heritage sites and symbols of the democratic process.

I have since discovered that there were gaps in my knowledge of the history of Jamaica’s legislature and the buildings housing it.

THE HOUSE OF ASSEMBLY AT SPANISH TOWN

In 1655, the British retained Spanish Town as their capital. Assembly members were elected from 1662. A new House of Assembly building was constructed starting in 1749 and was formally in use from 1762. It was built at a cost in excess of £7,510. The Assembly mainly met there until Jamaica’s capital was moved to Kingston in 1872. Thus, a specific parliament building existed in Spanish Town. The St Catherine Parish Council now meets there.

THE ASSEMBLY AT HEADQUARTERS HOUSE

With the move to Kingston, the Government, under Governor Sir John Peter Grant, bought Headquarters House on Duke Street for £5,000. Headquarters House had been a residential mansion (Hibbert House) and later was bought and used by the Militia as their headquarters, hence the name Headquarters House. The ground floor was retrofitted to become the chamber for meetings of the Legislative Council. It was really not intended to accommodate a parliament. The Government, apparently, did not believe it was necessary to again construct a specific, new building to house the Legislature. Money also had to be allocated for purchasing property and constructing the governor’s new residence – King’s House. After all, in the aftermath of the 1865 Morant Bay Rebellion, Jamaica reverted to Crown Colony rule in which the territory no longer had an elected legislature but was governed directly from Britain through the colonial secretary and the governor. Members of the Legislative Council were appointed by the governor. Headquarters House was thus fit for purpose.

Agitation for electoral reform by the local business sector led to Jamaica receiving a new Constitution by which some members of the Legislative Council were elected from 1884.

Further reform came after the 1938 labour uprisings, with the forming of political parties, and, in 1944, the granting of self-government status, an elected legislature, and universal adult suffrage.

PLANS TO CONSTRUCT A LEGISLATIVE CENTRE

From a copy of the King George VI Memorial Park Act of July 30, 1956 (Ministry of Justice website), I found that provision was made for land in the park to be used for the construction of a new parliament building. A report in The Gleaner of February 22, 1959, informs that there were plans to build a new permanent legislative centre with gardens and ministerial offices in George VI Park (previously Race Course, now National Heroes Park). This was to be included in the 1959 estimates of expenditure. The then Government had planned to have a special competition for architectural designs.

THE BUILDING OF GORDON HOUSE

The Gleaner of February 6, 1959, reports that taking account of the recent new Constitution, a decision was taken to build a temporary chamber to accommodate the Assembly. This temporary building was being constructed in what had been the government parking lot across from Headquarters House at the corner of Beeston and Duke Streets. Headquarters House was to become the library of the Legislature. This new building was to be used for about three years, pending construction of the more elaborate legislative centre in George VI Memorial Park. This new, temporary building would cost an estimated £50,000.

On October 26, 1960, the Parliament moved to this new building, which was named Gordon House in honour of now National Hero George William Gordon. It was opened by Governor, Sir Kenneth Blackburne. At some point, the plan to construct the new legislative centre was shelved.

So Jamaica’s Parliament, it could be said, has really been in “temporary” accommodations, at least since 1960. There is now the intention to implement the 1950s plan to construct a new, permanent parliament building in National Heroes Park. The architectural competition was held, and the winning design is “Out of Many, One People” by Evan Williams and his team. The cost of this new building is estimated at US$50 million.

This decision has been controversial: Should it be built in National Heroes Park? Should so much money be spent in a time of health and economic crises? Are our politicians worthy of such a building?

I believe that Jamaica needs a new, permanent parliament building, well maintained, which should be a symbol of our Independence and commitment to the democratic process.

But, the controversy continues …