Arts & Education | Why no national monument in Jamaica to the victims of slavery? 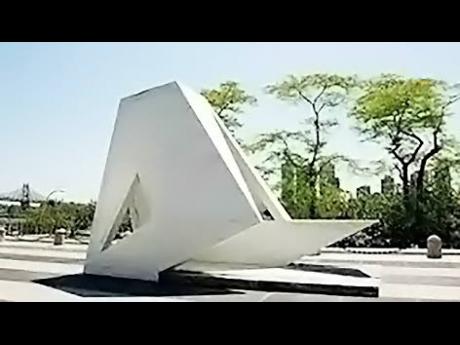 Contributed
Ark of No Return at the United Nations.

IN JAMAICA, there is much passion about the human rights abuses of slavery, but do you realise that there is no national monument in Jamaica in memory of the victims of slavery which existed here from 1494 to 1834?

The Spanish were involved in slavery in Jamaica from 1494 to 1655 when they were routed by the British. The Spanish first brought African slaves to Jamaica in 1513. Enslaved African people of the Spanish were foundation members of the Maroons. The British became involved in the transatlantic slave trade in about 1672. By the 1690s, they were using enslaved African people to produce sugar and cultivate other crops in Jamaica. Britain abolished its slave trade in 1807, but slavery did not end officially in the British Empire until 1834. It is considered that, through apprenticeship in the British West Indies, it continued in an ameliorated form up to 1838. Illegal importation may have continued between 1807 and 1834. The British Navy intercepted foreign slave ships during and after this. There is a later report of the British Navy intercepting the ship, Zeldina, which was carrying enslaved African people from Angola bound for Cuba, in April 1857. Three hundred and seventy survivors were brought to Fort Augusta in Jamaica.

The monuments in Jamaica related to slavery are: the monument in Port Maria, St Mary, recalling Tacky’s Rebellion at Easter 1760; the monument at Black River, St Elizabeth, recalling the Zong Ship Massacre of 1781; in Sam Sharpe Square in Montego Bay, the monument in memory of the 1831/32 Christmas Rebellion led by Sam Sharpe; the burial site of African slaves at the Seville National Park in St Ann; and the statues in Emancipation Park in Kingston.

There are also the Sam Sharpe Monument and that to Nanny of the Maroons in National Heroes Park.

Some have pointed to Edna Manley’s sculpture, Negro Aroused, as a monument to slavery. There is a resized version on the Kingston waterfront. Edna Manley, as I understand it, created Negro Aroused in 1935 as a tribute to the Jamaican workers. I do not think that this was intended to be a memorial to the victims of slavery.

I note that a number of monuments erected in Jamaica in the 19th and 20th centuries, including the resized version of Negro Aroused, were done by launching public subscriptions, i.e. contributions are received from the public.

If we care so much about slavery and the treatment of our African ancestors, could we demonstrate this by contributing to the erection of a national monument in memory of the victims of slavery in Jamaica?

The design of such a monument should be open to competition so that a meaningful design, based in realism, not abstraction, can be selected which everybody can understand and appreciate.

It is at this monument that tribute would be paid on Emancipation Day and on the international days remembering slavery and the transatlantic slave trade. It should be accessible to visitors.

By way of this monument, paid for and erected by the people of Jamaica, we would havea tangible symbol of our abhorrence of the treatment meted out to our enslaved African ancestors.

I place this proposal on the table for consideration. Let us put our money where our mouths are.