In kids’ book, Sotomayor asks: Who have you helped today? 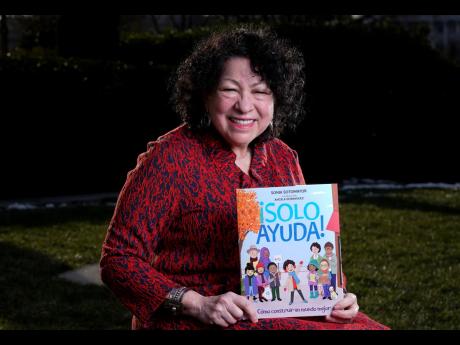 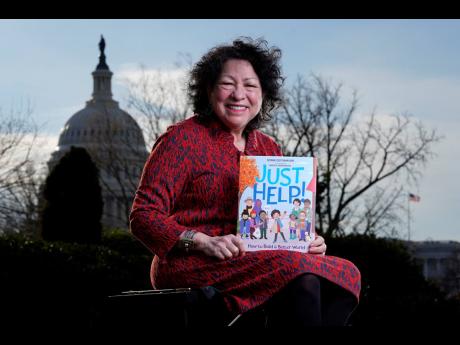 “Whom have I helped today?” That’s the question Supreme Court Justice Sonia Sotomayor tells kids she asks herself every night before she goes to sleep.

Her new children’s book, Just Help! How to Build a Better World, challenges kids to ask how they will help, too. The book comes out on Tuesday and is Sotomayor’s third book for young readers.

In the book, children help in a variety of ways: sending care packages to American soldiers overseas, recycling plastic bags, cleaning up a park, donating toys to a children’s hospital, and encouraging others to vote.

“I want kids to do this intentionally, to think that this is a requirement of living almost, that trying to figure out how they will make a better world should be a part of the charge of their living,” said Sotomayor, 67, in a telephone interview ahead of the book’s publication.

Sotomayor said she wants kids not only to help family and friends but also to “think about how to help neighbours and how to help our community, and that it takes active thought and active action to change the world”.

The story starts with Sotomayor as a child being asked by her mother how she will help that day and follows her and other kids as they find ways to assist. Sotomayor tells readers that she remembers throughout her childhood seeing her mother helping others, both as a nurse and in the community where she lived in the Bronx.

Sotomayor’s mom, Celina Baez Sotomayor, died last year and is the inspiration for Sotomayor’s next book, tentatively titled Just Shine, she said. The book will talk about how her mother “let others shine,” Sotomayor said. “That’s how she approached the world.”

Sotomayor said that losing her mother has been “a difficult blow” but “being able to speak about how she inspired my life of service” seemed to be “a wonderful way to pay her tribute”. There’s a subtle tribute in her new book, too. An older man named John who encourages kids to vote is her nod to the late John Lewis, whom Sotomayor said she “greatly admired”.

Sotomayor’s other books include Turning Pages: My Life Story and J ust Ask! Be Different, Be Brave, Be You, about children with challenges including autism, dyslexia and Down syndrome. All the books by the court’s first Latina justice have also been published in Spanish.

Sotomayor’s last book, Just Ask, grew out of her experience living with diabetes, which she was diagnosed with as a child. It is a topic that is newly relevant for many young people. A recent Centers for Disease Control and Prevention report found that children who had COVID-19 were more than twice as likely to be diagnosed with diabetes as those who had not had the virus.

Sotomayor says her message to newly diagnosed children is that the experience of having a chronic disease can make them stronger.

“Any condition in life can be viewed as either a burden or it can be viewed as an opportunity to grow. Because when you face life challenges, whether it’s a condition like diabetes or it’s any other condition that might be an illness, you have to learn how to be more resourceful and more disciplined about taking care of yourself and about maintaining your health,” she said.

Sotomayor says living with diabetes has taught her to take care of and listen to her body. This month, as coronavirus cases have soared, she participated in arguments at the high court remotely, from her office. Her colleagues, with the exception of Justice Neil Gorsuch, wore masks in the courtroom for the first time since the justices returned to hearing in-person arguments in October. That prompted stories alleging that Sotomayor didn’t want to sit near anyone who was unmasked. Sotomayor and Gorsuch released a statement on Wednesday, noting that while they “sometimes disagree about the law”, they are “warm colleagues and friends”.

In talking about her book, Sotomayor declined to discuss her decision to participate remotely in arguments, saying only, “I pay attention to my health.”

The ongoing pandemic means Sotomayor will be making virtual appearances in connection with her new book, including one hosted by the Chicago Public Library and another where she will talk with actress America Ferrera. On previous book tours, she often took pictures with kids and dispensed hugs. Sotomayor said she has continued to meet with schoolchildren virtually during the pandemic but acknowledged that it was “not as personally satisfying as getting hugs from kids”.