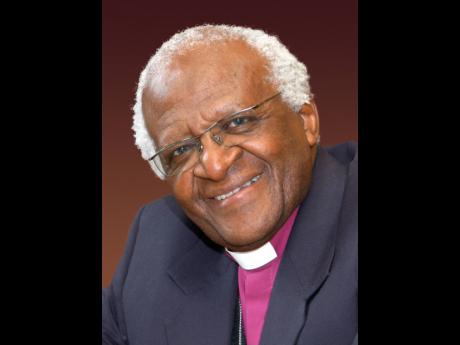 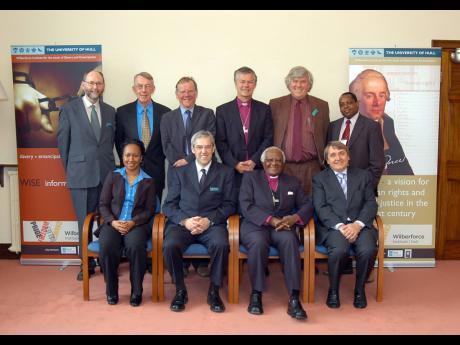 AS A student in the Department of History and Archaeology, Faculty of Humanities and Education, University of the West Indies, Mona, in 2004-2005, I was the recipient of the British Council’s Commonwealth Split-Site Doctoral Scholarship.

Fortuitously, this came to fruition in 2005. It was during this period that The Most Reverend Desmond Tutu formally accepted the role as patron of WISE. I was not privy to much of the background contact and communication that made this feat a reality. However, early in 2005, I was told that Tutu would be coming to Hull in June. After that piece of delightful information, I was then informed that there was a possibility that I would get to meet the great man in person.

Growing up in the 1980s and 1990s, it was impossible to be unaware of apartheid and the fight of black South Africans to dismantle this dehumanising, institutionalised segregation. The resistance against apartheid was well known, and the sacrifice of the thousands of people to dismantle the system cannot be sufficiently underscored. Among these thousands of individuals, two names emerged in the Western press larger than life. No surprise to many of us, these individuals are Nelson Mandela and Desmond Tutu. After the dismantling of apartheid, both men would be seen as heroes to many in the West, cognisant of the anti-apartheid movement. Certainly, Tutu’s conviction, sacrifice, and effort were impressive to this little girl from rural Jamaica (a place called Lethe, if you know it).

So when I was told that meeting Tutu was a possibility, I was beyond excited; I was starry-eyed at meeting one of my childhood heroes. Being of the traditional Jamaican school, I expected my hero, to be the centre-piece of the flurry of activities surrounding the launching of WISE to be served first. Besides being a patron of WISE, Tutu was slated to give the keynote address at the Yorkshire International Business Convention at the KC Stadium (capable of hosting 25,585 people) in Hull, England, among other events.

I expected a certain amount of polite distance that is usually reserved for guests of honour or speakers. Normally, after the rolling out of the red carpet, such persons are offered refreshments, and only a select few interact with the guest of honour. In this case, I expected, that Professors Richardson as well as senior staff of the University of Hull to interact with Tutu. As an obscure graduate student, I made peace with seeing Tutu from a distance though I had been informed that there was a possibility that I might meet him.

Early June, the big day came. I dressed in warm, comfortable, and fairly formal clothing and arrived at the venue early enough. As I waited nervous and anxious, I saw supplies laid out for tea. Being the well-brought-up country girl that I was, it did not occur to me to make tea for myself. I thought it had been prepared for the guest of honour. The guest of honour came walking through the door. He was just a little taller than I, and after greeting a frankly speechless me, he sauntered over to the tea tray and rather than making tea for himself, he turned to me and asked what tea I liked and how did I like it prepared. Flabbergasted cannot adequately sum up how I felt. Here was the guest of honour making tea for me!!! He went on to make the tea and then handed it to me on a saucer. He left and took the tea orders for others there and served them. Through it all, he was humble, graceful, gracious, pleasant, witty, and soft-spoken. He put everyone at ease, especially since these characteristics were intrinsic and authentic.

Nicole Plummer is the deputy dean, Marketing and Outreach, Faculty of Humanities and Education. Send feedback to columns@gleanerjm.com, fhe.outreachmarketing@uwimona.edu.jm.