An emotional reunion in France 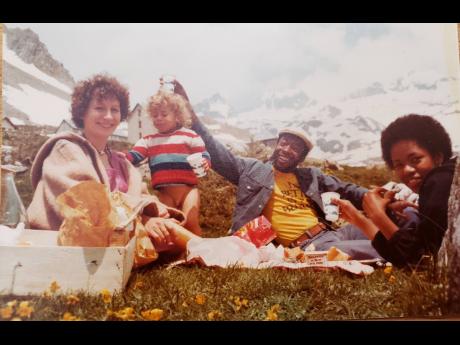 Contributed
A photo from 44 years ago at the Alps (from left) Dominique Onimus, her son Guillaume who was born in Jamaica, Dave Rodney, and Doreen Preston 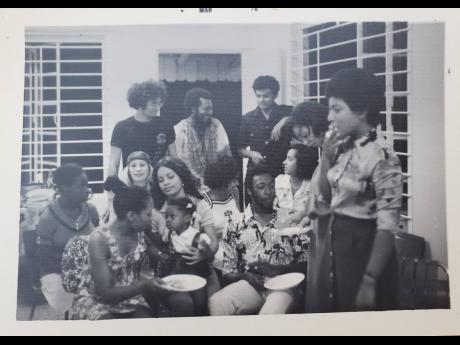 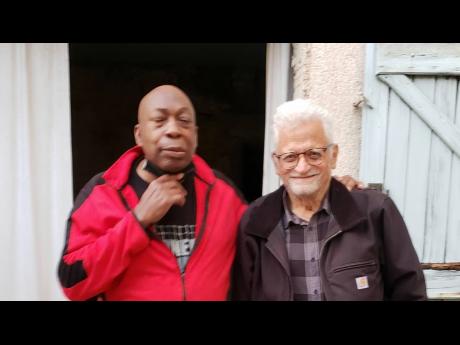 Henri Onimus was in his early 20s when he arrived in Kingston from France to teach French at the University of the West Indies, Mona, in October 1975.

He was on a two-year teaching assignment in lieu of his military service in France, and he came loaded with enthusiasm, with his beautiful young bride at his side. The new school year was off to a late start due to a WIGUT strike on the Mona campus of the university. But Onimus and new students went into overdrive to make up for lost time for an intensive course in Beginners French F101 that required 10 hours of classes per week. At the centre of the audio visual course was a family in Paris, Mr and Mrs Thibaut, and their two children, Paul and Catherine. The course was a hit among language students. After the first year, the students had developed enough proficiency in the language to join with incoming A Level (CAPE) French students for the second part of the training.

Onimus enjoyed a wonderful stay in Jamaica. His first child was born in Jamaica, bringing great joy to him and his wife. The mid-seventies was a period of social transformation and political turbulence in Jamaica, but despite the occasional hurdles, he still cherishes fond recollections of life in Jamaica. He loved Jamaican foods. He made new friends from all over the world among faculty members on campus, and he loved exploring the beautiful countryside on weekends and during school breaks. But there was another pastime that brought him great pleasure. It was entertaining. He regularly hosted dinner parties at his home where his language students were able to savour some of the mouthwatering classic dishes from France. A favourite of the class was coq-au-vin, chicken simmered with seasonings in a wine sauce. At that time, it was quite normal for lecturers to host dinner parties for students at their College Common or Mona area homes. Such soirées promoted bonding, togetherness, and long-lasting friendships between staff and students.

As it happened, I was one of his students. The last time I saw him was in May 1978, exactly 44 years ago when he had invited another UWI student, Doreen Preston, and me to spend a day in Madone de Fenestre in the French Alps. We gawked at winter turning to spring as flowers exploded with colourful blooms while the mountain snow melted in the Mediterranean sunlight. Doreen and I were both living in Nice as part of a teach and study programme of the UWI funded by the Government of France.

Fast-forward to May 2022, and thanks to an incredible stroke of social media luck, I was able to reconnect with Onimus via Facebook. We were once again meeting up, but not at his Kingston home this time but at his residence in the medieval village of Valbonne in the South of France. I told him I was on a visit to Côte d’Azur, and he agreed to scoop me from my Nice hotel. To get to his home, we passed through the picturesque seaside towns of Cagnes-sur-Mer, Juan-les-Pins, and Antibes. We then turned north, passing through an important community called Sophia Antipolis, a growing hub for science and technology research and development in France. And then, voilà, Valbonne!

As I entered the family home, where his ancestors have lived for generations, I was greeted enthusiastically by several of Henri’s children and grandchildren, some of whom were visiting from Paris, and a dog. I was invited to make myself comfortable, and I was offered pastis, a popular local beverage, wine, beer, or whatever I felt like. None of the youngsters here were born yet while Henri lived in Jamaica. I told them how fascinating university life was back then in Jamaica, and how their father was an excellent teacher, even including popular music from France, like Georges Brassens, in our language lab sessions. And when I developed an interest in Haitian Creole dance music, he would assist me in translating the lyrics to English, working through the idioms. Naturally, the youngsters had lots of questions about Jamaica – reggae, the weather, the food, and the lifestyle. Henri had his own questions, too. He wanted to know how much the campus had changed and what had happened to some of the faculty members in the department, as well as some of the students. As we reminisced, our thoughts went back to staff members Jean Small, Gertrud Buscher, Bridget Jones, Bill Mailer, Allan Dumez, Michael Dash, and others. The humanities faculty back then was a closely knit community, and there was a genuine care and concern for the welfare of each other, be it student or staff. It was a family.

“There’s no way you would even begin to recognise the campus now,” I said. “It is no longer a picturesque college in a botanic garden where folks give rides to strangers with no hesitation. It now feels like a full-blown city where visitors can get lost and where luxury cars can get stolen.

“The school year is longer, too, but one constant is that the poui trees still bloom in spring, ringing their alarm bells to signal approaching exams.”

When Henri lived in Kingston, he was the owner of a one-of-a-kind standout hard plastic orange car called a Citroën Méhari. He had brought it in from France and it was an open lightweight recreational and utility vehicle. We laughed hysterically when he explained how impossible it was to sell the car when he was leaving Jamaica. Nobody on the island was prepared to buy an open vehicle, even though it was stylish and could go just as fast as all other cars. With no takers, he reluctantly just shipped the car back to France.

Just before we started to head to the village square with its intricate pathways of cobbled stone for a local meal, I thanked Henri Onimus and his family for the warm hospitality, but more important, I also thanked him for the lifelong transformational gift of the French language. And I thanked him not just for me, but for all those who were his students during the mid- to late 1970s, including my colleagues Ingrid Heron (McLaren), Fragano Ledgister, Mitzie Fong, Paulette Douglas, Catherine Murray, and Julie Abrikian.

But before I was done, there is a surprise! Henri plucks out from an envelope a number of photographs that I’ve never seen that are over 40 years old. I am astonished. As I browse, I see that some are from UWI at those dinner parties, and others are from the day we spent in the Alps. As I studied the photographs, every form and every face of my fellow students replayed magical Mona moments. This heart-warming and unlikely UWI reunion after 44 years was extraordinary, but the surprise collection of decades-old photographs made it priceless!